American Chemical Society researchers say that anti-oxidant rich powders made from blueberry and persimmon waste could be beneficial for gut microbiota. 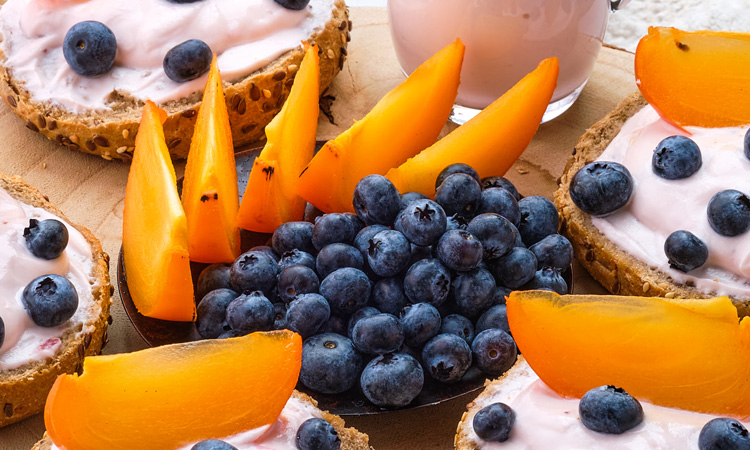 Scientists are exploring options for transforming fruit and vegetable byproducts – such as peels or pulp discarded during processing – into nutritious food ingredients and supplements. Now, researchers from the American Chemical Society (ACS) have shown that blueberry and persimmon waste can be made into antioxidant-rich powders that might have beneficial effects on gut microbiota.

In recent years, fruit and vegetable powders have become popular as a way to add beneficial compounds, such as polyphenols and carotenoids (two types of antioxidants), to the diet, either by consuming the powders directly or as an ingredient in food products. However, the researchers explained that, in many cases, these healthful compounds are present at similar or even higher levels in byproducts compared to those in other parts of the fruit or vegetable. Noelia Betoret, María José Gosalbes and colleagues wanted to obtain powders from persimmon and blueberry wastes, and then study how digestion could affect the release of antioxidants and other bioactive compounds. They also wanted to determine the effects of the digested powders on gut bacterial growth.

The researchers obtained powders from persimmon peels and flower parts, and from the solids left behind after making blueberry juice. The type of powder, drying method, fibre content and type of fibre determined the release of antioxidants during a simulated digestion. For example, freeze-drying preserved more anthocyanins – a type of flavonoid – but these were noted to be more easily degraded during digestion than those in air-dried samples.

The team then added the powders to a faecal slurry and conducted a mock colonic fermentation, sequencing the bacteria present before and after fermentation. Incubation with the fruit powders resulted in an increase in several types of beneficial bacteria, and some bacteria grew better with one powder compared to the other.

The findings indicate that persimmon and blueberry waste powders could be included in food formulations to boost the content of carotenoids and anthocyanins, which could have a positive impact on human health, the researchers said.