Researchers discover more about the weed that threatens corn and soybean production, but say we must rethink how we manage waterhemp in the long-term. 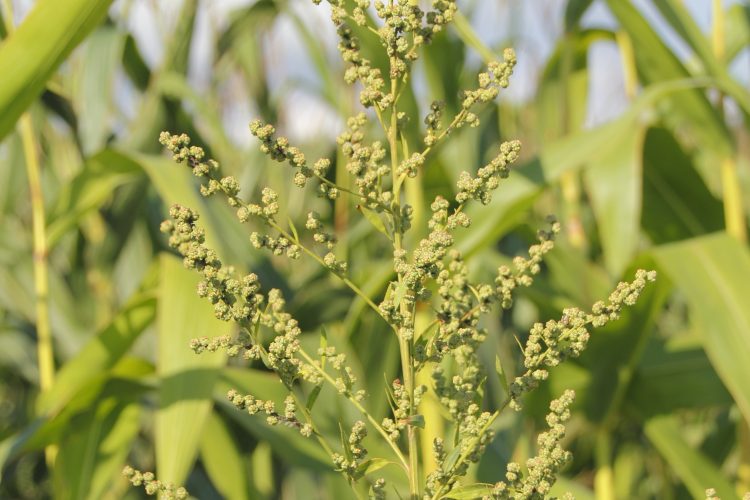 Waterhemp poses a significant threat to Midwestern corn and soybean production. Worse yet, this tricky weed is also herbicide-resistant.

However, recent studies from the University of Illinois has brought us a step closer to finding a solution.

Through this work, the researchers have discovered that waterhemp can ramp up production of detoxifying enzymes that neutralise certain herbicides before they can disrupt essential cellular processes. This is just one process by which waterhemp evades herbicides.

Unfortunately, because there may be hundreds of detoxifying enzymes involved, metabolic resistance is difficult to identify and even harder to combat.

The researchers have recently presented two studies in which they explain metabolic resistance to three commonly used herbicides in waterhemp. The results have also affirmed the significance of using a multi-pronged approach to waterhemp control.

“These waterhemp populations are adapting and evolving incredible abilities to metabolise everything. It’s bad news, but at least we understand the mechanisms better,” explained Dean Riechers, a professor in the Department of Crop Sciences at Illinois and co-author of the studies. “That understanding could be potentially exploited to use waterhemp’s metabolic arsenal against itself.”

Illinois researchers have previously examined resistance to Group 15 herbicides in waterhemp. This group targets very-long-chain fatty acid production in sensitive plants. The researchers had assumed it was also a case of metabolic resistance and this has now been confirmed.

“It’s not good news because it means we’re running out of herbicides, and in this case, it involves pre-emergence herbicides,” commented Riechers.

The study suggests two classes of detoxifying enzymes, known as GSTs and P450s, appear to neutralise S-metolachlor in resistant waterhemp. Group 15 herbicides can be used safely in corn because the it has a natural tolerance to these chemicals.

The research also points to waterhemp’s potential capability to not only able to mimic corn’s natural detoxification mechanism, but evolve in an additional way to avoid being harmed by S-metolachlor.

As plants have hundreds of enzymes in each class, the researchers have further work to do until they can identify the specific genes that are activated.

“We have known for the last 10 years that whenever we see waterhemp with resistance to an HPPD inhibitor in the field, such as mesotrione, it has always shown metabolic atrasine resistance, too. However, it is possible for waterhemp to be resistant to atrasine and not mesotrione,” Riechers said.

The association between mesotrione and metabolic atrasine resistance may be coincidental, but Riechers believes the genes controlling resistance for the two chemicals might be linked based on how often the resistances co-occur.

“Whenever we find out whether it’s two or three or four genes involved in mesotrione resistance, our results tell us one of them should be the metabolic atrazine resistance gene,” Riechers noted. “We know which one that is.”

If it does become possible to trace each resistance trait back to the genetic level, it unfortunately won’t allow for a quick fix. Experts have said there are no new herbicide sites-of-action in development, so farmers will need to consider other methods of weed control.

“With metabolic resistance, our predictability is virtually zero,” said Aaron Hager, Associate Professor in the Department of Crop Sciences at Illinois and co-author on the Pest Management Science study. “We have no idea what these populations are resistant to until we get them under controlled conditions. It’s just another example of how we need a more integrated system, rather than relying on chemistry only. We can still use the chemistry but have to do something in addition. We have to rethink how we manage waterhemp long term.”