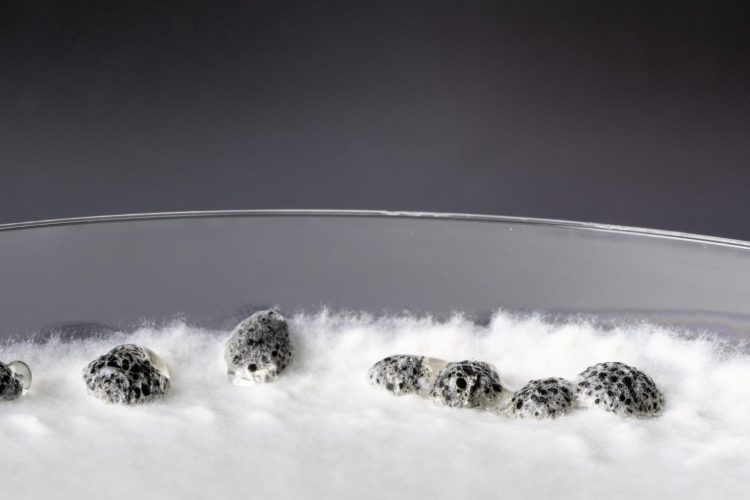 Cabbage plants have a remarkable defence mechanism against herbivores and pathogens, which researchers believe is also effective against Sclerotinia sclerotiorum, a widespread fungus.

This fungus affects more than 400 plant species. At particular risk is rapeseed cultivation. The plant disease can also affect other members of the cabbage family, as well as potatoes, legumes and strawberries.

Known as a ‘mustard oil bomb’, a cabbage is able to deploy toxic isothiocyanates when its plant tissue is damaged to fend off ‘attackers’.

According to the researchers from the Max Planck Institute for Chemical Ecology and the University of Pretoria, the pathogen uses at least two different detoxification mechanisms that enable the fungus to successfully spread on plants defended in this way. The metabolic products thus formed are non-toxic to the fungus, allowing it to grow on these plants.

The team has been studying glucosinolates and isothiocyanates that constitute the special defence mechanism of cabbage family plants, which include rapeseed, radishes and mustard.

“We wanted to find out how successful plant pathogens overcome the plant defence and colonise these plants. We therefore asked ourselves whether widespread fungal pathogens have strategies to adapt to the chemical defences of plants of the cabbage family,” Jingyuan Chen, the first author of the study, explained.

In their experiments, the researchers demonstrated that the defence based on glucosinolates is actually effective against fungal attacks.

They also discovered two different strategies of the white mould fungus to detoxify the defensive substances: The first is a general detoxification pathway that binds glutathione to the isothiocyanate toxins. The second (and far more effective) way to render the isothiocyanates harmless is to hydrolyse them, ie, to cleave them enzymatically with a water molecule.

The researchers wanted to identify the enzymes and corresponding genes underlying this detoxification mechanism; for this they used SaxA proteins. “We based our search on the known bacterial SaxA proteins to select candidate genes for further investigations. We then tested whether these genes are actually expressed in greater quantities in fungi exposed to the toxins, and whether the resulting protein can render the toxins harmless,” said Daniel Vassão, one of the study leaders.

According to the scientists, they identified and quantified the metabolites produced by the fungus during detoxification. They also used mutants of the fungus in which the SaxA-encoding gene had been knocked out for comparison. This revealed that the Sax protein of the white mould fungus is active against a range of isothiocyanates, allowing it to colonise different plants of the cabbage family. 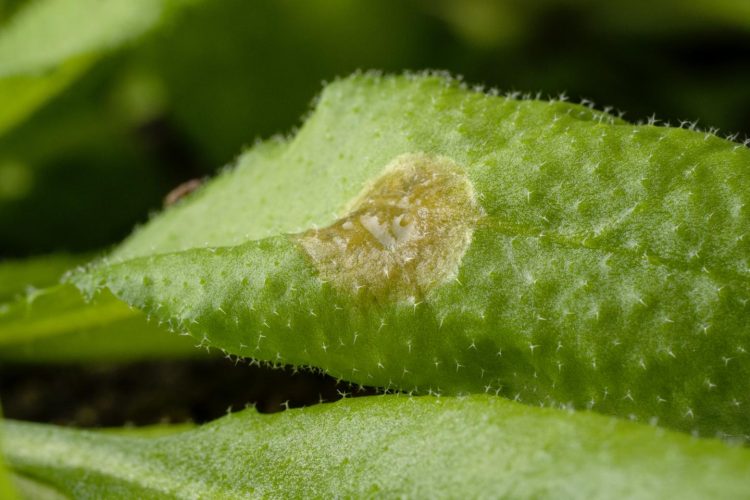 Infection of an Arabidopsis thaliana plant by the fungus Sclerotinia sclerotiorum. This fungus, which causes white mold disease, can colonize Arabidopsis in spite of the chemical defenses present using two detoxification pathways to deactivate the plant toxins.

Mutants lacking the gene for this detoxification pathway were reduced in their capacity to tolerate isothiocyanates, the team noted.

The ‘mutants’ did, however, up-regulate their general pathway of detoxification – a surprise for the researchers, but no compensation for the mutation.

Glutathione conjugation cannot detoxify isothiocyanates as well as hydrolysis is able to. Although it seems to be metabolically more expensive for the fungus, this general pathway is always present as it helps the fungus to detoxify a huge variety of poisons.

“It is possible that this general pathway protects the fungus initially, while the machinery required for the more specialised pathway is assembled after an initial exposure to the toxin and can take over later in the infection,” explained Vassão.

The team intends to expand its research into other fungi that can infect plants belonging to the cabbage family. Specifically, they would like to understand whether they detoxify isothiocyanates via the same pathway, and if unrelated fungal species are able to degrade these toxins.

This will help them to establish if this detoxification is a result of repeated evolution in fungi colonising mustards or a quality which has been conserved over time and found in multiple fungal lines.