Could switching to a ketogenic diet reduce asthmatic symptoms?

A new animal study has suggested that switching to a ketogenic diet – a high-fat, adequate-protein, low-carbohydrate diet – may help alleviate symptoms of asthma. 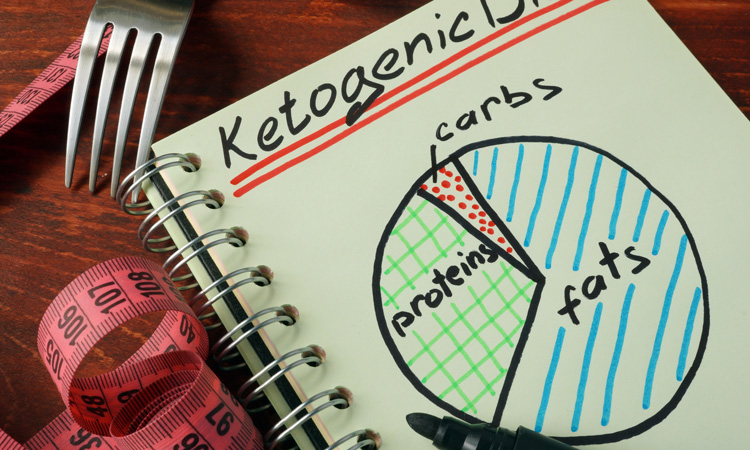 A new study at the University of Bonn has suggested that switching to a ketogenic diet may help ease symptoms of asthma. According to the study, mice that were switched to the diet showed significantly reduced inflammation of the respiratory tract.

Asthma patients react even to low concentrations of some allergens with severe inflammation of the bronchi. This is also accompanied by increased mucus production, which makes breathing difficult. Cells of the innate immune system are said to play a central role, which were only discovered a few years ago and are called Innate Lymphoid Cells (ILC). They perform a protective function in the lungs by regenerating damaged mucous membranes, producing “inflammatory messengers” from the group of cytokines, which stimulate division of the mucosal cells and promote mucus production.

The mucus then transports the pathogens out of the bronchial tubes and protects the respiratory tract against re-infection. “With asthma, however, the inflammatory reaction is much stronger and longer than normal”, said Professor Dr. Christoph Wilhelm from the Institute for Clinical Chemistry and Clinical Pharmacology, who is a member of the Cluster of Excellence ImmunoSensation at the University of Bonn. The consequences are extreme breathing difficulties, which can be life-threatening, he said.

“We have investigated which metabolic processes are active in the ILCs when they switch to reproduction mode,” explained Wilhelm’s colleague, Dr. Fotios Karagiannis. “Then we tried to block these metabolic pathways and thereby reduce the speed at which the cells divide.”

Some metabolic pathways were more active in dividing ILCs. They primarily ensure that the cells are supplied with energy and with the building blocks they require for reproduction. The latter include, for example, fatty acids that are needed to make the cell membrane, the researchers explained, forming a thin skin with which cells separate themselves from their surroundings. “Activated ILCs therefore absorb fatty acids from their environment and store them in their interior in small droplets for a short time, before they utilise them for energy or building membranes,” Karagiannis said.

The researchers put asthmatic mice on a diet that contained mainly fats, but hardly any carbohydrates or proteins. With this diet, also known as a ketogenic diet, the cell metabolism changes: the cells now get the energy they need from burning fat. However, this means that they lack fatty acids, which they need for the formation of new membranes during cell division, the researchers explained.

As a consequence, the researchers said that the division activity of the ILCs in the rodents fed a special diet decreased – dramatically. “Normally, contact with allergens increases the number of ILCs in the bronchi fourfold,” said Wilhelm. “In our experimental animals, however, it remained almost unchanged. Both mucus production and other asthma symptoms decreased accordingly.”

“The prevalence of asthma has increased dramatically over the last few decades. Perhaps this is also related to an increasingly common high-sugar and high-fat diet,” Wilhelm said.

The scientists now want to investigate on patients whether a ketogenic diet can prevent asthma attacks. However, this is said not to be without long-term risks and should only be carried out in consultation with a doctor. “We are therefore trying to determine which components of the dietary change are responsible for the effect,” explained Wilhelm. “Maybe this will open the door to the development of new drugs.”