The researchers have found that ursolic acid, abundant in fruit peels and some herbs, both prevents and repairs neurons in animal models of multiple sclerosis. 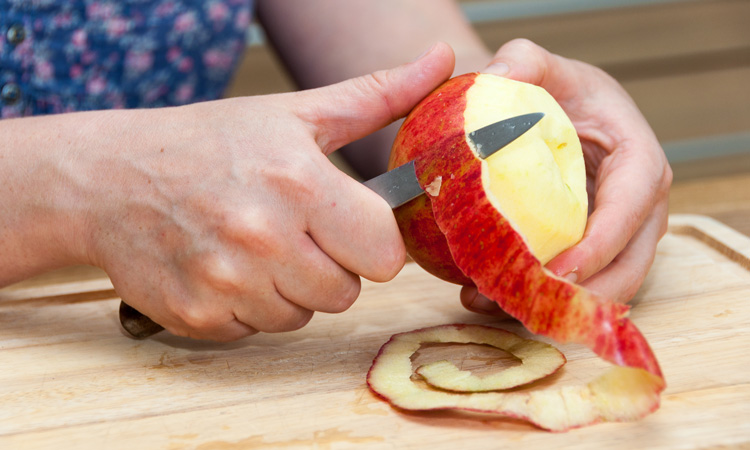 Multiple sclerosis (MS), characterised by increasing muscle weakness and paralysis, has a number of treatments that help stall progression of the disease, but the current treatments cannot reverse damage that has already occurred in brain cells called neurons, according to researchers at Thomas Jefferson University and other institutions. The research claimed that a compound found in the peels of fruits such as apples and prunes, and some herbs, can reduce further damage to neurons, and also help rebuild the protective sheaths covering neurons, reversing the damage.

“Although the evidence is preliminary – our data is from animal models of disease – it’s encouraging to see a compound that both halts and repairs damage in MS, in the lab,” said Guang-Xian Zhang, PhD, co-senior author and Professor of Neuroscience at the Sidney Kimmel Medical College at Thomas Jefferson University.

“There is additional work we must do to test the safety of this compound, ursolic acid,” addeed co-senior author, A.M. Rostami, MD, PhD, Chair of the Department of Neurology at the Vickie and Jack Farber Institute for Neuroscience – Jefferson Health. “But this is a great new lead for disease treatment.”

The researchers used a lab-grade purified form of ursolic acid in mice that had established MS disease. “Many experiments have looked at mice in the acute phase, when disease is just starting or at the peak,” said Dr. Zhang. “Instead, we tested whether this compound was effective in chronic disease, once there has already been chronic damage to tissues of central nervous system.”

Dr Zhang and Dr Rostami, together with first author Yuan Zhang and colleagues, used an established mouse model of multiple sclerosis that develops the disease slowly over the course of its life, mimicking human disease. At about day 12, the mouse began the acute phase of the disease, when signs of MS and partial paralysis appear, and when currently-available medications are said to be most effective. The researchers, however, started treating mice at day 60, – a far more advanced stage of the disease when chronic tissue damage has been formed in brain and spinal cords, which needs to be repaired and regenerated.

They treated the mice for 60 days, and began to see an improvement at day 20 of treatment. The mice which were paralysed at the start of the experiment, but regained the ability to walk, although with weakness, after treatment.

“It’s not a cure, but if we see a similar response in people, it would represent a significant change in quality of life. And most significantly, it’s a reversal, which we really haven’t seen before with other agents at such a late stage of disease,” said Dr. Zhang.

The next steps for the investigators include testing the compound for safety. Although ursolic acid is available as a dietary supplement, it could reportedly be toxic when used in high doses to treat multiple sclerosis. “There are still a number of tests to complete before the first clinical trials,” said Dr. Rostami. “However, we are moving quickly with this promising approach.”

2 responses to “Fruit peel could be used to prevent multiple sclerosis, say researchers”