A special issue of the open-access peer-reviewed Russian Journal of Economics has claimed that although Russia has significantly developed its agri-food sector, the country has been presented with a number of new challenges. 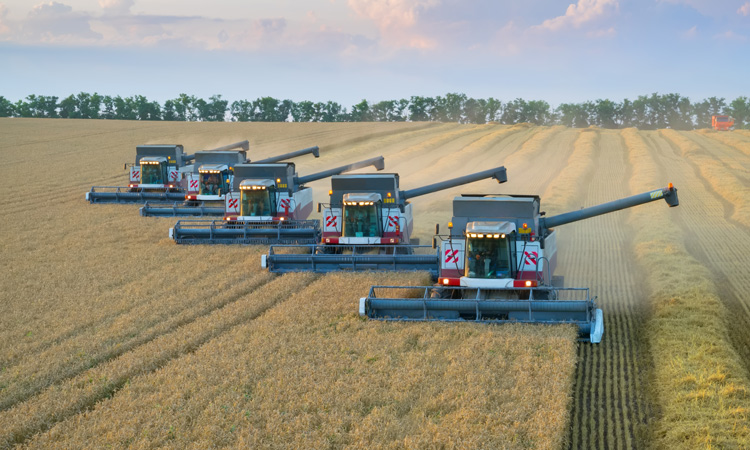 The agri-food sector has become one of the most steadily developing of the Russian national economy, but the country is already facing a new set of challenges, research has suggested.

Since 2012, Russia’s agriculture is said to have been the most steadily developing sector of the national economy. Production of selected crops is reaching historical records and Russia is now a world champion for export of wheat and buckwheat and amongst the top 10 in terms of export of many other crops. The country has also begun exporting livestock products and value-added food products, and the past 10 years have seen a ‘significant progress in the food quality and safety in Russia’. According to conventional indicators applied to food security, the country keeps a consistent place amongst the top three in the world.

However, world renowned experts in food security at KU Leuven (Belgium) and International Food Policy Research Institute (US) have pointed out that this might have come at the expense of neglecting nutrition in the national policies, thus potentially exposing the nation at a higher risk of already concerning and quite common public health risks, such as malnourishment and obesity. In their paper, Saule Burkitbayeva, Johan Swinnen and Nele Warrinnier evaluated the state of art of food security in major Eurasian countries, in order to see where Russia stands compared to other former Soviet republics. The researchers also discussed the advantages and disadvantages of self-sufficiency policy.

A need to shift budget support to general services which support all Russian producers is highlighted in a research article in the journal by Olga V. Shik of the Institute for Agrarian Studies at HSE University. The renowned expert in the field conducted an analysis of the public expenditures in the Russian agri-food sector from the last decade to conclude that despite having a positive effect on agricultural growth, Russia’s budget support benefits mostly the larger and already the most successful producers. The second major drawback of budget support in agriculture the author identified is the inefficient distribution of support between the federal and regional budgets, which leads to market disintegration and reduces the efficiency of budget spending.

In their article, distinguished American experts on Russia’s agri-food trade William M. Liefert and Olga Liefert of the United States Department of Agriculture Economic Research Service (USDA ERS) reported on how Russia’s move from planned to a market economy has fundamentally restructured the country’s agricultural production and trade since the 1990s. Most notably, previously a large importer of grain, soybeans, and soybean meal, the former Soviet state has transitioned to becoming one of the world’s major grain exporters. In fact, Russia has become the world’s top wheat exporter, responsible for 20-23 percent of the total world exports in 2017-2018. Having also discussed the consequences for the world agricultural markets, the researchers forecasted further increase in Russia’s presence in the global market along with slight growth in its produce of value-added foods.

More articles can be found in the journal.