Euromed and Archroma have partnered to up-cycle saw palmetto fruit extraction residues, which is said to focus on the role of waste in growing, harvesting and post-harvest handling in the botanical industry. 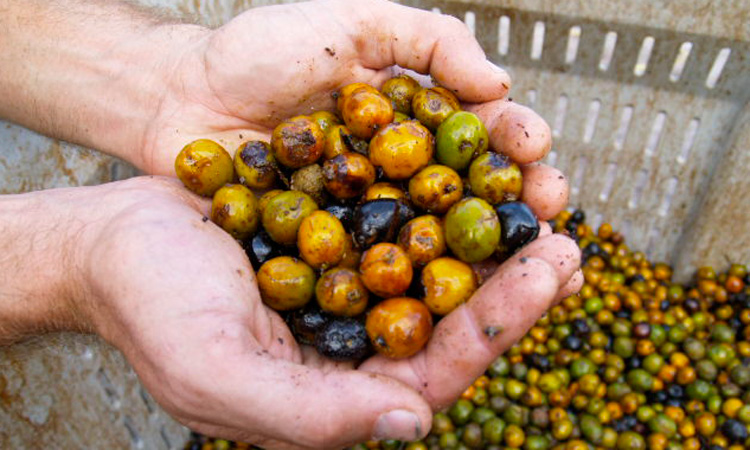 Euromed, producer of botanical extracts and natural active substances for the pharmaceutical, nutraceutical, food and cosmetic industries, has teamed with Archroma, a dye and speciality chemical company that has developed a technology to create biosynthetic textile dyes derived from natural waste in the agriculture and herbal industries, to up-cycle saw palmetto fruit extraction residues.

Saw palmetto is said to be vulnerable to commercial exploitation. To make full use of the plant and to close the usage circle of the intense labour involved, Euromed focused on ideas for up-cycled products such as dyes from nature using the remaining residues and waste of the fruit extraction.

Archroma recycles biomass waste material to create natural colours for the textile industry and has launched a line of patented dyes called EarthColors. In this project, waste products from Euromed’s saw palmetto extraction are used to develop ecological dyes that are said to be fully traceable via smart tags attached to each item of clothing. Up to 90 percent of the raw material comes from the remaining saw palmetto biomass, which reportedly makes the maximum possible use of the whole plant.

“Companies are increasingly talking about ‘zero waste’ and finding alternative packaging, but there has not been much attention so far to the role of waste in growing, harvesting and post-harvest handling in the botanical industry. This project shows an innovative up-cycle approach towards waste, as it is important to address waste management at any level. With a good plan and determination, even small initiatives are able to contribute to promoting a stronger culture of environmental respect and sustainability,” said Andrea Zangara, Scientific Marketing Manager at Euromed.

Beta-alanine and the importance of quality