The Food and Agricultural Organization of the United Nations (FAO) Food Price Index rose again in January 2020, mainly driven by increases in the costs of vegetable oils, sugar and wheat. 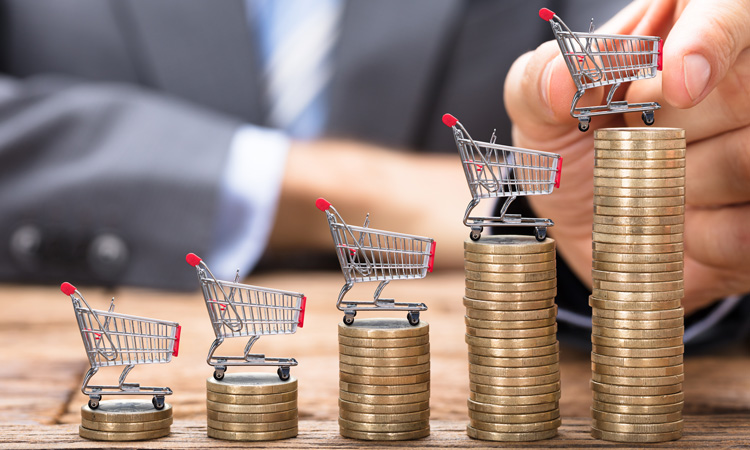 World food prices rose for the fourth consecutive month in January 2020. The Food and Agricultural Organization (FAO) Food Price Index averaged 182.5 points during the month, up 0.7 percent from December 2019 and 11.3 percent higher than the same month a year earlier.

Vegetable oils, sugar, and wheat were the chief drivers of the index, which tracks monthly changes in the international prices of commonly-traded food commodities.

The FAO Vegetable Oil Price Index increased seven percent for the month, hitting a three-year high as prices for palm, soy, sunflower and rapeseed oils all rose. Prices lost strength in the second half of January, however, which is said to reflect uncertainties over trade, the potential impact of the recent coronavirus outbreak and trade tensions between India and Malaysia.

The FAO Sugar Price Index rose 5.5 percent, reportedly propelled by expectations of much lower sugar output in several major producing countries. The FAO indicated that the increase was mitigated by the continuous weakness of the Brazilian currency and the recent decline in crude oil prices, which affects demand for sugarcane to make ethanol.

The FAO Cereal Price Index rose 2.9 percent from December 2019, led by higher wheat prices, followed by maize and rice, largely on firmer demand and a faster pace in purchases by several countries.

The FAO Meat Price Index reversed an 11-month upward streak and declined four percent during the month because of reduced purchases from China and the Far East as well as large export availabilities of pig and bovine meats.

FAO has also issued a new forecast for world cereal production in 2019, anticipating a record high of 2,715 million tonnes, a 2.3 percent increase from the previous year.

The new Cereal Supply and Demand Brief noted ‘mixed’ prospects for the upcoming 2019 coarse grain harvests in the Southern Hemisphere, which are about to start.

Argentina’s maize crop is set to benefit, buoyed by favourable rainfall, above-average sown area, high domestic prices and strong export prospects and the slow pace of the soybean harvest has led to delays in sowing maize in neighbouring Brazil, according to FAO.

In the Northern Hemisphere, winter wheat plantings are expected down in Europe due to untimely heavy rains in France and the UK, while a contracting in winter cereals sowing is expected in Ukraine and the US. By contrast, stronger outturns are expected in the Russian Federation, where official estimates show a record planted area for winter wheat, and in India and Pakistan.

FAO raised its forecast for world cereal utilisation in 2019/20 to 2,714 million tonnes, up 1.2 percent from the previous year, mostly reflecting a sizable official upward adjustment to the US estimate for maize used for feed.

World cereal stocks by the close of seasons in 2020 are expected to amount to 863.3 million tonnes, marginally lower than their opening levels. The resulting global cereal stock-to-use ratio is now projected at 30.9 percent, said to be a comfortable level by historical standards.

World trade in cereals in 2019/20 is anticipated to rise 2.3 percent to 420.2 million tonnes, the second highest on record, led by increasing shipments of wheat from the EU and Ukraine to Asia.