Plastic ban could be further damaging to the environment, says report

More than two years on from the release of Blue Planet II, relatively little has changed, according to the charity Green Alliance. Supermarkets are still putting the equivalent of 900 pieces of single use plastic on the shelf for every person living in the UK each year… 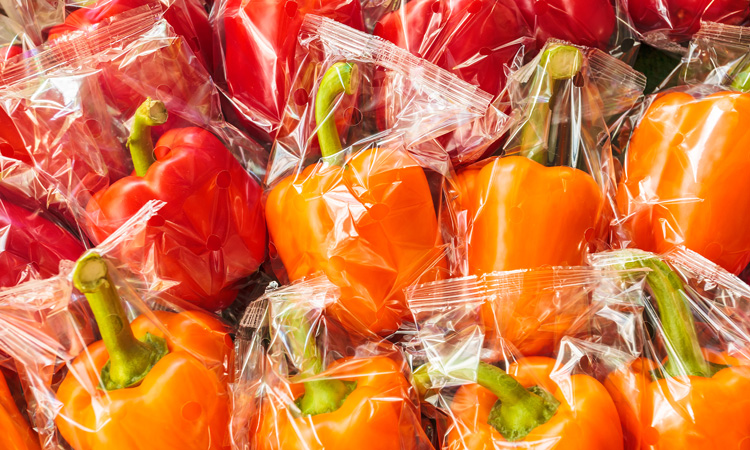 Under pressure from the public to act on plastic pollution, companies are on the verge of swapping to other materials with new, and potentially greater, environmental consequences, including higher carbon emissions from heavier transportation loads, for example, according to Green Alliance, the UK environment charity.

New research, based on anonymised interviews from leading UK supermarkets and brands, has claimed that, in the absence of government direction, a disjointed and potentially counterproductive approach to solving plastic pollution is emerging.

The new report, Plastic promises: what the grocery sector is really doing about packaging, is said to quote industry insiders, allegedly showing that bigger changes are on the way that could have negative consequences, including higher carbon emissions and lower packaging recyclability.

A particular concern, raised in the report, is compostable or ‘biodegradable’ plastic. Over 80 percent of consumers reportedly think this is environmentally friendly, but there is said to be little understanding of what the terms mean and how the material should be dealt with once used.

The report interviewees wanted a clearer approach to where it should be used and how it should be marked to avoid causing more problems. Confusion, they worried, could potentially harm the environment if people either put ‘compostable’ plastic in with conventional plastic, or litter material, wrongly assuming it will biodegrade in the open environment. Some companies that had tried using this type of plastic also suggested that material did not degrade as expected in real life conditions.

Single use plastic is being replaced by other single use packaging, like paper bags and compostable or wooden cutlery. According to the report, businesses admitted that these decisions are sometimes being made without fully evaluating the environmental impact of the alternatives.

Despite shared aims and joint commitments from companies in the grocery sector, individual companies are developing their own policies around plastic to gain competitive advantage which could end up making environmental problems worse, the report claims.

It was reported that many companies want the government to have a bigger role in directing future developments and setting standards so action is coherent across the industry.

“If we aren’t careful, short term decisions could cause longer term problems for establishing a true circular economy. As the war on plastics continues to rage, avoiding unintended consequences should be at the forefront of everyone’s minds, and that includes government, industry and, of course, consumers. Change must be managed and planned if we are to move towards fully closed-loop systems for recycling and, more importantly, reuse,” said Adam Read, External Affairs Director at SUEZ recycling and recovery UK.

“That means we need to think much more carefully (and quickly) about how materials like compostable plastic are introduced. We must ensure a system where they are used where they make sense and in a way that people will understand to limit contamination and leakage,” he continued.

Libby Peake, Senior Policy Advisor on Resources at Green Alliance, added: “The public are right to be outraged about plastic pollution. But what we do not want is, a few years down the line, for them to be outraged about new environmental problems caused by the alternatives. We need to address the root of the problem, our throwaway society.

“Companies need much more help from the government to tackle plastic pollution without making climate change and other environmental impacts worse in the process.”

With conflicting views on the potential for plastic bans and plastic regulation, what will emerge as the ultimate solution? I guess we will have to wait to find out how the war on plastic will be won.