The new gene-edited tomatoes, developed by Cold Spring Harbor Laboratory, were designed to be able to be stored and grown in places not usually deemed suitable for plant growth. 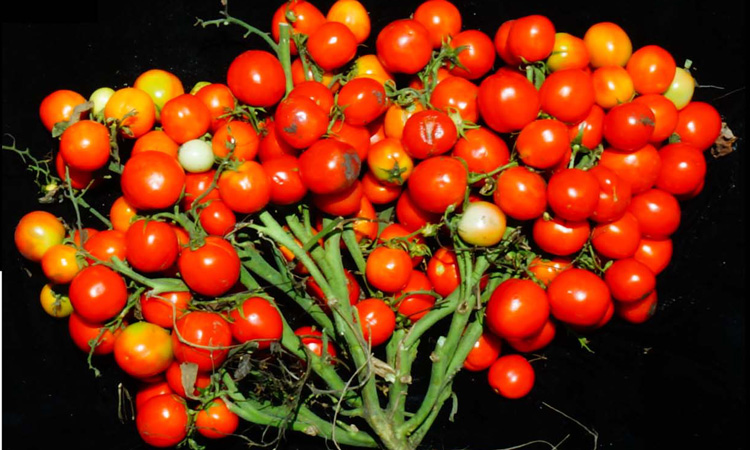 Farmers could soon be growing new gene-edited bunched tomatoes in a storage unit, or on the roof of a skyscraper, if the success of a research trial continues.

These new gene-edited tomato plants are said to look nothing like the recognisable tomato vines, with their fruits being bunched and compact like grapes. The crop also allegedly matures quickly, producing ripe fruit that is ready for harvest in under 40 days. The urban agricultural system also allegedly allows the tomatoes to be stored compactly in controlled conditions that can be operated year-round, thus increasing yield.

“This demonstrates how we can produce crops in new ways, without having to tear up the land or add excessive fertiliser that runs off into rivers and streams,” Lippman said. “Here is a complementary approach to help feed people locally and with a reduced carbon footprint.”

Lippman and his colleagues reportedly created the new tomatoes by fine-tuning two genes that control the switch to reproductive growth and plant size, the self-pruning (SP) and SP5G genes, which caused the plant to stop growing sooner and flower and fruit earlier.

Searching for a third player, Lippman’s team recently discovered the gene SIER, which controls the lengths of stems. Mutating SIER with the CRISPR gene-editing tool and combining it with the mutations in the other two flowering genes allegedly created shorter stems and extremely compact plants.

Lippman is said to be refining this technique and hopes others will be inspired to try it on other fruit crops like kiwi. By making crops and harvests shorter, Lippman believes that agriculture can reach new heights.