Bacteria and the role of fermentation

David Haley, Professor at Zhongyuan University of Technology, and Vincent Walsh, Senior Food Tech Specialist, explore the complex world of bacteria and fermentation and how it has been used as a food processing technique – from past to present. 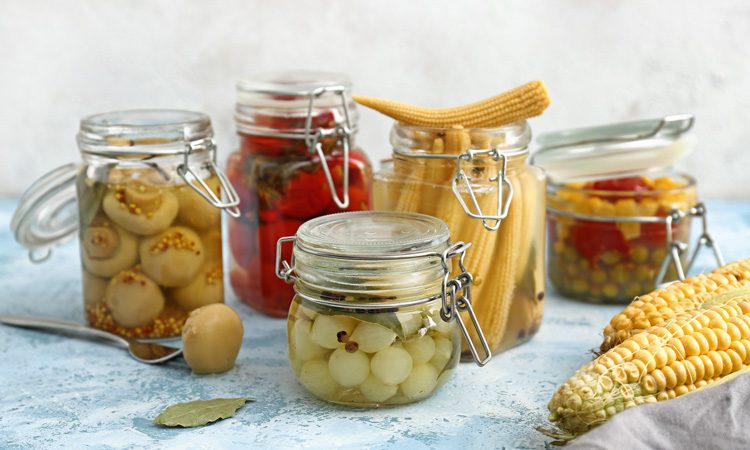 Mapping the biosphere is like mapping deep space; the more knowledge we gain, the more complex and surprising the evolution of the biosphere turns out to be. Research suggests that nearly two million species are known, and another 18,000 new plants and animals are discovered each year;1 and that does not account for the innumerable mutations of microorganisms. The human body is also an extraordinary multi-cellular organism that is home to a collection of bacteria and other microorganisms; estimates suggest there may be just as many bacteria in our bodies as human cells.

Take, for example, the microorganisms that live in our digestive tracts known as the human gastrointestinal microbiota or gut flora. Many non-human animals, including insects, host numerous microorganisms that reside in their gastrointestinal tract. Indeed, all life forms are what Ilya Prigogine called ‘dissipative structures’ – a constant flow of material (heat, air, water and food) passing through our systems, transforming into energy and growth. This continuous recycling, ‘movement’ or ‘motion’ is a key principle of ecology and, as ‘open systems’, all organisms produce waste, and that waste, is food for another species.

As environmental activist, food sovereignty advocate, and anti-globalisation author, Vandana Shiva insists that “there is no waste in ecology”. And Lynn Margulis, co-author of Gaia theory, asserts that “there is little doubt that the planetary patina – including ourselves – is autopoietic”. This is the self-perpetuating process of evolution, exemplified at the levels of the planet, ecosystems, our intestines and bacteria.

Since Victorian times, faeces has been considered a vulgar subject, used as an insult or considered unmentionable, regarded as some kind of antisocial activity. Even as manure, fertiliser, dung and muck, it has been vilified by the petrochemical industry as unclean – one of the marketing ploys used to sell chemical fertilisers that has contributed to the devastation of agricultural soils, globally. This is not undermining the need for personal hygiene, but we do need to be positively connected to our wonderful bodily functions and remember that our digestive system is amazing. Recent publications such as ‘Gut: the story of our body’s most under-rated organ’2 and ‘I, Superorganism: Learning to love your inner ecosystem’3 have done much to celebrate our embodied microbial reality.

We need to think of humanity as a microbially-based, symbiotically evolving, globally interconnected, technologically enhanced system.

We need to think of humanity as a microbially-based, symbiotically evolving, globally interconnected, technologically enhanced system. And this starts with bacteria about four billion years ago. For their first two billion years, bacteria transformed the Earth’s surface and atmosphere and created life’s essential chemical systems – fermentation, photosynthesis, oxygen breathing and the removal of nitrogen from the air. The result is a planet from which – and through which – we recently evolved and continue to do so.

The word ‘ferment’ comes from the Latin ‘to boil and to rise’ and it refers to leaven with yeast. Fermentation is a biochemical interaction that transforms a substance into a beneficial state, and when it interacts with bacteria, energy (heat) is released. The 100 trillion bacteria (microbes) in our gut (intestines) form a microbiome with archaea, protists, fungi and viruses; a kind of personal ecosystem or metabolic system we call digestion. It is how we turn food into energy, while extracting nutrients, vitamins and other good things. We and our environment are one system.

As a human food processing technique, fermentation is the oldest food preservation technique going back to Neolithic times and Africans have been fermenting products for centuries.

As a human food processing technique, fermentation is the oldest food preservation technique going back to Neolithic times and Africans have been fermenting products for centuries. Traditional Ethiopian beverages like Borde and shamita, or ogi, iru and gari, are traditional fermented foods that can be found in Nigeria and elsewhere in West Africa. Fermentation is an ancient technology to serve food, preserve food and increase its health benefits. Even before people knew what microbes or probiotics were, they were pickling cabbages, carrots and cucumbers in salt just to preserve the season’s crop for the winter months. Generation-on-generation we have then learned to like things that taste sour and this is satisfied through fermentation.

In contemporary culture we are more familiar with food and beverages like yoghurt, sauerkraut, kombucha and miso, but these have also been cultured, eaten and drank for hundreds of years for their probiotic health benefits and distinct flavours. It was over a century ago that the Russian scientist, ‘father of natural immunity’ and Nobel Prize winner, Elie Metchnikoff, highlighted the potential benefits of probiotics. He maintained that health could be enhanced and senility delayed by manipulating the intestinal microbiome with host-friendly bacteria found in yoghurt.

What is the connection between environment and gut health?

Humans produce lactic acid from fermentation bacteria when exercising, which is key for our health. It is actually responsible for fermenting food as it passes through the gut, particularly in the intestines. Fermentation perpetuates the growth of beneficial microbes called probiotics. These live microbes beneficially effect the host – in this case people – by improving its intestinal microbial balance, they can also help with some illnesses, like diarrhoea. Different probiotics can help with different conditions, providing the immune system is not already compromised, for example a person undergoing chemotherapy.

Martin Cohen, a leading nutrition specialist and the fermentation practitioner, in a discussed the world of probiotics and health:

“Where has the war on bacteria taken us?  With overly sanitised environments, antibiotics and disconnection earth and soil bacteria are targeted at every twist and turn, and have slowly been phased out of the modern world. The presence of the 2kg of bacteria in our digestive tract has led some to suggest that humans as simply very elaborate bacteria transporting machines. Our co-evolution with these bugs has been a mutually beneficial arrangement. We provide food and a roof over their heads and they help us digest food, support the immune system and even rival the liver for metabolic ability, to name but a few of their roles. However, we are failing to keep up our side of this arrangement and not without consequence. It seems that not a week passes without another disease being linked to a disturbance in the gut. So apparently it really is where all disease begins.”

The art of fermentation

In 1930 Minoru Shirota developed the yoghurt drink called Yakult. This was one of the first, commercially sold probiotics – it is still very popular today, with about 32.4 million bottles being sold worldwide every day. In 2002, probiotics became officially recognised by the United Nations and World Health Organization as live microorganisms that could lead to health benefits for the human host. The development of which has had an exciting revival in contemporary living, in the home and restaurants alike. Foods such as these are now known to be high in essential amino acids, sodium, fibre, calcium, and can help lead to a happier and healthier lifestyle.

Fermentation innovation in contemporary culture is in its infancy and there has been a resurgence of the technology that is being played out in the retail, restaurant and food-tech sector. Most notably in Copenhagen, Denmark, the restaurant Noma, serves every dish of their 22-dish tester menu with some fermented element. This just highlights the exciting experimental properties that the world of probiotics brings to the table. Fermentation is one of the biggest food trends right now, but this is not just a fad.

In Barcelona, Spain, Innovation Chef, Teresa Carles, has been creating raw and vegan food (and much more) since 1978. Her last restaurant, which integrates Kombucha and gluten-free pizzas, has created an open-plan Kombucha (fermented beverage) lab, with an open-kitchen, so customers can see the intricacies of production.

In an East London, UK, in an underground lab, barman Matt Whiley has experimented with what can only be described as a chemistry set. Kilns, smoking tubes and centrifuges line the walls, ready to turn seasonal British ingredients – rosewood from Sussex, sweet cicely from Worcester, pineapple weed from Kent – into cocktails. Fruit pulp is dehydrated, leaves are pickled, and root vegetables are fermented. Whatever cannot go into a cocktail form the basis of the food menu.