Mayank Sharma offers an overview of the global food grade lubricant market, points out recent developments and highlights key factors that will impact its future growth. 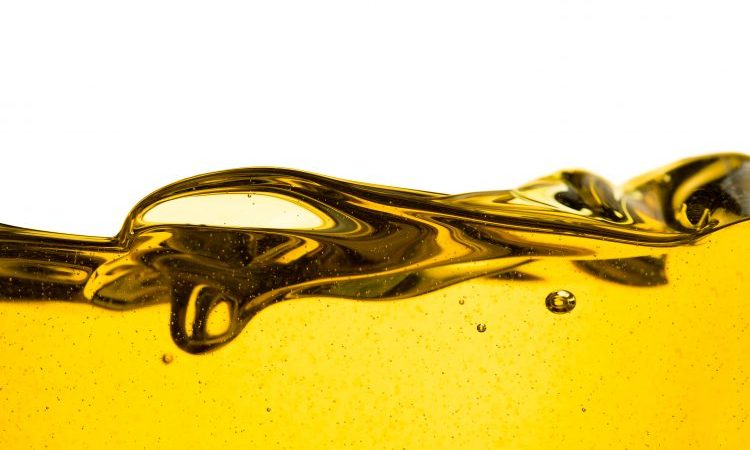 Food grade lubricants refer to a group of industrial lubricants used to minimise the wear and tear of industrial machinery caused by issues such as corrosion, friction, and oxidation. In some extreme cases these lubricants can also prevent or reduce electrical resistivity, while increasing thermal conductivity. They are widely used in the food & beverage and pharmaceutical industries, primarily because they don’t present any physiological threat or affect the odour and taste of the finished products.

The global food grade lubricants market (Figure 1) is highly competitive and in 2018 was valued at US$239 million with expectations to grow at a CAGR of 8.43 percent in the period 2018–2023 to reach US$358.28 million. The increasing consumption of food products such as oilseed, meat, dairy, and beer will increase the use of food and beverage processing machinery to further drive the food grade lubricants market.

According to the United States Department of Agriculture (USDA), food grade lubricants are divided into the following three categories: 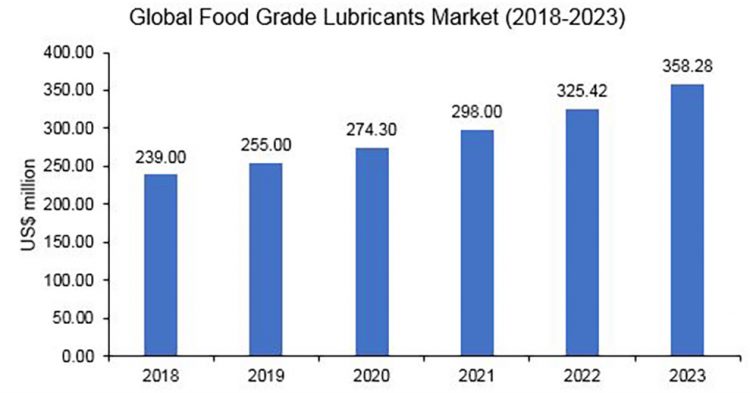 In 2018, mineral-based lubricants dominated the global market with a share of approximately 77 percent, but is expected to decline to approximately 75 percent by 2023. Synthetic lubricant oils are more efficient than their mineral-based counterparts under extreme pressure and temperature conditions as they can be adapted to a wide range of viscosities, resulting in higher oxidation stability. Synthetic oil lubricants increase the performance and sustainability of equipment and play a vital role in maintaining a low production cost throughout the equipment lifecycle.

It has been a busy time for food grade lubricant manufacturers. Some of the recent product launches of key vendors are listed below:

Leading companies are focusing on launching effective products and entering into joint ventures, memorandums of understanding, or acquisitions to gain a competitive edge in the industry. For instance:

The food grade lubricants market in APAC was valued at around US$83 million in 2018 and is expected to grow at a of CAGR of around 8.9 percent during 2018–2023 to reach around US$127 million. The increasing demand for dairy products, packaged foods, meat products, and pharmaceutical products in countries such as China, India, and Australia is expected to be a significant driver of the food grade lubricant market in APAC.

The food grade lubricants market in EMEA accounted for around US$71 million in 2018 and is expected to grow at a CAGR of around 7.5 percent during 2018–2023 to reach around US$102 million. The growth of the food grade lubricants market in this region is attributed to the growing incidents of food-borne infections such as those caused by EHEC (Enterohemorrhagic Escherichia coli) in countries like France and Germany. There are no stringent regulations in the European Union regarding the usage of food grade lubricants; however, organisations such as the EHEDG (a consortium of food industries, equipment manufacturers, research institutes, and public health authorities) have developed guidelines on the usage of food grade lubricants, which have been outlined in previous editions of New Food.

Some major factors that will drive the growth of the food grade lubricants market are as follows:

Mayank Sharma serves as an analyst at Infiniti Research Pvt Ltd. He holds an MBA degree in Business Analytics and Marketing from University of Hyderabad. He is from Shimla, Himachal Pradesh, India. 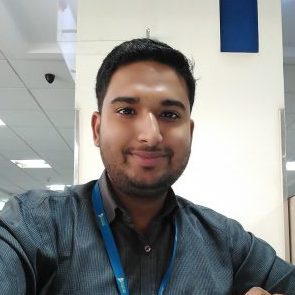