Is the future of food sustainable?

David Haley, Visiting Professor at Zhongyuan University of Technology, and Vincent Walsh, Senior Food Tech Specialist, break down the definition of sustainability and consider what challenges the food sector might be confronted with in the future. 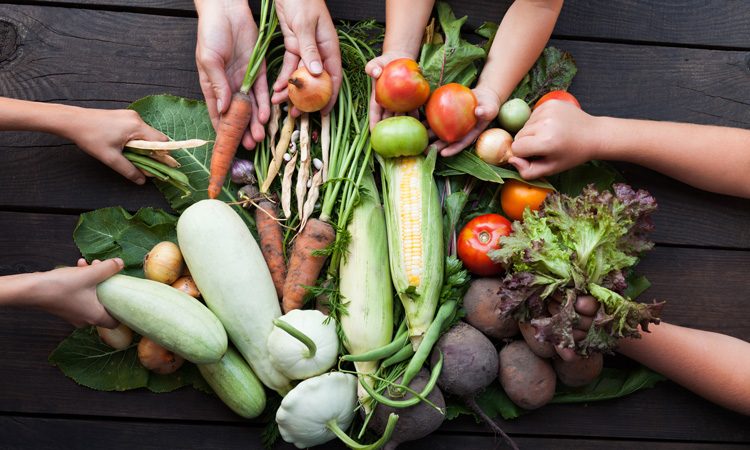 What do we mean by sustainability and what do we want to sustain? In 1987, Gro Harlem Brundtland defined sustainable development as: “Development that meets the needs of the present without compromising the ability of future generations to meet their own needs.” For her, and the many UN conferences that followed, sustainability was about development; generally, growth economic development for developed countries. Sustainable development has been used, essentially, as a means to conserve the lifestyles, standard of living and current economic systems for the dominant world cultures. Appropriated and applied to everything from financial viability to the growth of the carbon industries, this ubiquitous phrase paradoxically represents both the cure and the cause of our greatest concerns.

The term ‘Sustainable development’ is meaningless when we realised that climate change and species extinction are ‘wicked problems’ that defy solution-led, problem-based approaches, as these often exacerbate the situation they try to address. Indeed, sustainable development, therefore, is an oxymoron – it means the very opposite to what we want it to mean and this gives way to a ‘double bind’, or ‘Catch 22’ situation, that in turn has caused collective neuroses or cultural psychosis – it is society that is in ‘crisis’ and ‘emergency’.

With the advent of the 17 UN Sustainable Development Goals (SDGs) in 2015, other issues were recognised ‘to transform our world’, including Poverty, Zero Hunger, Good Health and Well-Being, Quality Education, Gender Equality and so on. However, of the seventeen SDGs, fourteen are about and for people. Only Climate Action, Life Below Water and Life on Land, are concerned with how nature works. It is time for a ‘second order’ of thinking – more ‘artful’, more savvy.

…Or as Richard Slaughter writes in Futures Beyond Dystopia: “As we contemplate the dilemmas of the twenty-first century, it is clear that a viable future for humankind cannot be based on industrial era assumptions, models and value… We need grounded visions, designs if you will, of a world that has experienced a recovery of vision, meaning and purpose; one that has moved beyond the disastrous conceits of industrialism – particularly the obsession with material growth, the subjugation of nature and the marginalisation of non-Western cultures.”

All concepts of sustainability are based on the way people think about the future – what we value now and want to keep as we go forward. And food is no exception. To maintain food security for our society and achieve Zero Hunger for the rest of the world, sustainability needs to shift from growth economics to regenerative development of clean air, fresh water and the value of healthy soils. Agriculture needs to embrace the cost benefits of organic pesticides, while promoting biodiversity, as Jules Pretty writes in his book, The Pesticide Detox: Towards a More Sustainable Agriculture:

“There has been promising progress, with many of these policy measures now implemented in various countries. But what is still missing is a comprehensive and integrated approach by all countries, in which the idea of agricultural sustainability is placed centre-stage. What would happen if this occurred? Would there be sufficient food to meet growing demand? Would the rural towns come to life? Would the birds and frogs sing again? The answer could be a resounding yes, if we come to appreciate that fundamental changes in pest management in agriculture are beneficial for farmers, consumers and the environment.”

To reduce the effects of global warming caused by the release of methane and other greenhouse gasses, there needs to be a drastic reduction in farmed herbivores. Cattle and sheep farmers may protest, but the reduction of meat consumption would, also promote healthier humans, rather than the sustaining soaring costs of animal subsidies and medical bills for type2 diabetes.

As long as food is regarded as a consumer commodity, there will be waste. However, a circular economy starts to close the cycle for what might be considered sustainable action. And if the French Government can make it illegal for supermarkets to destroy unsold food, forcing them to donate it to charities and food banks, then the UK and the rest of the world needs to follow their lead. In other words, political policy and our economic systems need to become regenerative by design, if the food sector is to support society at large. As Tony Weis of Western University, Canada pointed out in his article for the Journal of Agrarian Change (2010):

“The productivity of industrial capitalist agriculture is central to dominant development narratives. It is also highly unstable, with intractable biophysical problems created in the substitution of labour, skill and knowledge with technology, and overridden with unsustainable ‘technological fixes’ and masked by a host of externalised costs. Relatively cheap oil is central to this, effectively subsidising the low-priced industrial grains and oilseeds on which global food security has come to hinge. However, the chronic biophysical contradictions of industrial capitalist agriculture are accelerating, at the same time as the surge in biofuels has augmented the still-rising demand of livestock feed to embolden industrial producers. A period of acute and ominously regressive food price volatility looms in the short term, with more ruinous outcomes ahead. But this might also widen openings for rebuilding biodiverse food systems and remaking and valorising agricultural work, which will involve rethinking agriculture’s place in conceptions of development and modernity.”

However, the prospects of a possible post-Brexit trade deal with the USA in the offing, make any notion of sustainability in the food market highly questionable. As change is the essence of time, attempts to sustain the status quo actually compromise our ability to become resilient. Sustainability, as a way of thinking, is a misnomer that distracts from the complex issues of adapting with nature to capable futures.