How can agroforestry help support the climate agenda?

In a two part series, Vincent Walsh and David Haley explore how agroforestry, as used by ancient cultures, offers a technique to maximise food production while supporting natural ecosytems. 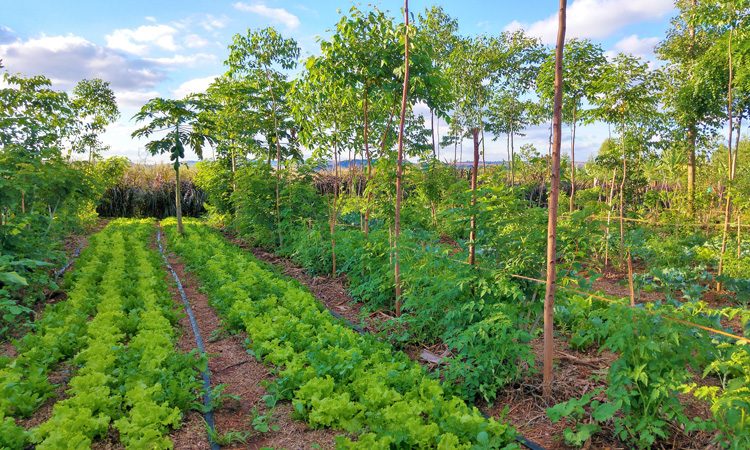 Climate change is shifting the geography of land use and food production significantly, and it will continue to do so. In Europe, Mediterranean production will move to Scandinavia within 50 years and Scandinavian production will move to Siberia. The Amazon will be lost if urgent action is not taken right now and this will exacerbate global warming for all. To put this into context, the 16 of the 17 hottest years on record have occurred since 2001. The increase in temperatures with prolonged warming is seriously damaging the land, creating degradation which is literally turning soil (black gold) into dust (red dust).

Globally, vast areas of agricultural land are being lost to desertification – the West Coast of North and South America, the Iberian Peninsula, Sub-Saharan Africa, northern China and Australia are specific examples. Sea level rise and the acidification (the decrease in the pH, caused by the uptake of carbon dioxide from the atmosphere) of oceans pose other problems for the food industry; fish stocks deplete, and mass migrations from coastal cities shift centres of human population, disrupting distribution systems.

In the USA, recent droughts, such as the Colorado River experiencing its lowest water level in 20 years, threaten critical resources for both human and natural system across West America; 40 million people and 55 mn acres of farmland rely on the river.

This year, the UK witnessed the opposite with sudden rains causing floors that damaged homes and farmland, and increased UK food security concerns. British growers saw six inches of rain in the space of a week in June 2019, with reports suggesting that broccoli and brussels sprouts are in decline. The threat looms over crops too, as unpredictable severe weather events confound patterns of farming.

Martin Tate, Commercial Director of brassica growers at Lincolnshire Field Products, told the BBC that his farm lost about £1 mn in revenue due to unpredictable rainfall damaging his crops.

These new climate scenarios need a combined political, ecological, economic and social paradigm shift. We must learn how to adapt to climate change, as well as mitigating it. The question is: Why are agricultural systems and land use not appropriate for the present climate and future scenarios? We must stop turning forests into agro-industrial monocultures that then turn the land into desert. As the climate crisis accelerates, we must also avoid turning land over to biofuel production to satisfy increasing energy needs.

Higher food prices and reduced availability will hit the world’s poorest and most vulnerable populations, while future markets see global corporations increase their power and political influence. Food aid is already being used as a weapon of war. If humans continue to kill soils and forest systems, biospheric life support systems will collapse. Humans are not a keystone species, we are not necessary for ecosystem functions, but soils and forests are. We are playing a very risky game of ‘biological Jenga’, by rapidly dismantling the ecosystem dynamics and disrupting the earths equilibrium.

How can agroforestry help food production and support the climate agenda?

Agroforestry has the potential to maximise food production from an ecosystem, while increasing the value of land and biodiversity. Martin Crawford, Director of the Agroforestry Research Trust, a British charity which conducts research into temperate agroforestry, explains that “agroforestry is the growing of both trees and agricultural or horticultural crops on the same piece of land. They are designed to provide for tree and other crop products whilst at the same time protect, conserve, diversify and sustain vital economic, environmental, human and natural resources. Agroforestry differs from traditional forestry and agriculture by focusing on the interactions among components, rather than just on the individual components themselves.”

The notion of agroforestry seems simple, but this ancient art is a balance of relationships; forest structures, agriculture and differing temporal relationships between organism and networks. The real benefit of agroforestry is its diversity and flexibility. For example, agroforestry can be designed to work alongside livestock needs as productive wind breakers or for food production.

Agroforestry is the most stable and sustainable system that can be designed for our climate. We owe a lot to indigenous communities, particularly women across the globe for keeping these traditional techniques alive. This biological and cultural knowledge that has been passed down through generations is deeply valuable and undervalued. Such ‘know how’ is so deeply intertwined into their culture that many indigenous communities do not have a word for this practice, they just see it as a way to support their own living needs of water, shelter and food. This relationship between humans in nature manages the landscape while supporting integrated, circular and multi-functional agricultural ecosystems.

Microorganisms like bacteria, algae, diatoms and fungi, arthropods like insects and crustacea make up 80 percent of all animal species. These co-dependent communities represent the bulk of life and they are literally biological engineers that provide and maintain services of water, oxygen, pollination and ecosystems of agriculture, forests, meadows and grassland. Soil is an ancient dynamic-biological-network and nutrient platform, solely focused on creating the right conditions for life. The co-dependent organisms in soils continually turn-over forest matter (wood, bark, leaves, dead insects and animals) into accessible nutrients for plants and trees, which, in turn, provide forests with more complexity and diversity. This then ‘feedbacks’ more forest matter.

Within the spectrum of agroforestry systems, ‘Analog Forestry’ and Permaculture’ pursue a whole-systems approach that includes carbon sequestration, ecological restoration, biodiversity promotion, ecological economics, cultural diversity and ecopedagogy. Each element addresses the causes and the effects of the climate crisis and other transformative challenges. As the recent report from the Global Commission on ‘Adaptation, Adapt Now: A Global Call For Leadership on Climate Resilience’, states: “These threats can potentially be addressed with agroecological approaches, such as enhanced use of agroforestry”.

Part two of ‘How can agroforestry help support the climate agenda?‘ will follow next month and further explore the application of agroforestry in contemporary culture. 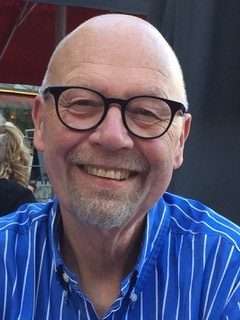 One response to “How can agroforestry help support the climate agenda?”