The role of insect protein in the sustainable food cycle

This article by Rachel O’Connor, Senior Associate from the law firm Michelmores, addresses how insect protein has enormous potential to benefit the food supply chain. Read on to learn how insects can be used to free up land and benefit the environment. 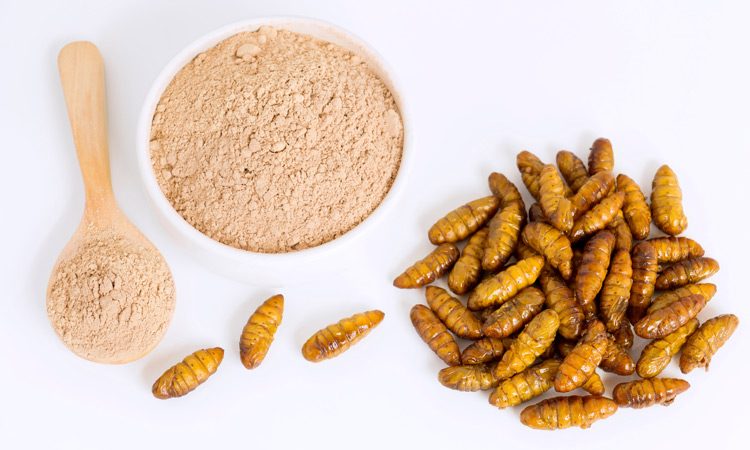 The food industry, like most industries, is coming under increased pressure to embrace sustainable practices. The considerable challenge for the sector is to produce enough nutritious food to meet current demand without depleting finite resources for future generations and to do so in an environmentally responsible way. This is a particular challenge for the feed industry in view of the significant increase in global demand for meat products. Insect protein is widely considered to be part of the solution.

The concept of using insects as a sustainable, alternative source of protein in animal feed has gained considerable traction in recent years. The recognition of the viability of insect protein has led to changes in European law to reflect its anticipated role in the feed market. Since 2017, insects have been permitted for use in aquaculture feed in the European market. With increased attention on promoting sustainable animal feed, there are movements towards insect protein becoming part of livestock feed too. A second wave of legislation change to permit the use of insect protein in poultry feed is also expected.

What has sparked the need for change?

The Food and Agricultural Organization of the United Nations estimates that 33 percent of arable land is used to produce feed for livestock production. Replacing plant-based protein with insect protein will enable agricultural land currently used to produce feed crops, to instead be used for growing food for human consumption. This measure is crucial to ensuring that land, as a finite resource, is used as effectively and sustainably as possible.

In addition to the use of arable land for the production of feed crops in Europe, a huge percentage of protein in animal feed is imported from outside of Europe. Currently, protein in animal feed is predominantly plant based, and mainly soya, which is considered hugely unsustainable owing to the contribution of soy cultivation to deforestation. According to research from PROteINSECT, a project co-ordinated by the Food and Environment Research Agency (FERA) and supported by the European Commission, 70 percent of proteins used in animal feed are imported, mainly from Brazil, Argentina and the USA. PROteINSECT reported that those imports represent the equivalent of 20 million hectares of cultivated land, which is more than 10 percent of the EU’s arable land.

The need to identify alternative, sustainable sources of protein in animal feed is recognised by both the European Union and the United Nations as a matter of major importance. 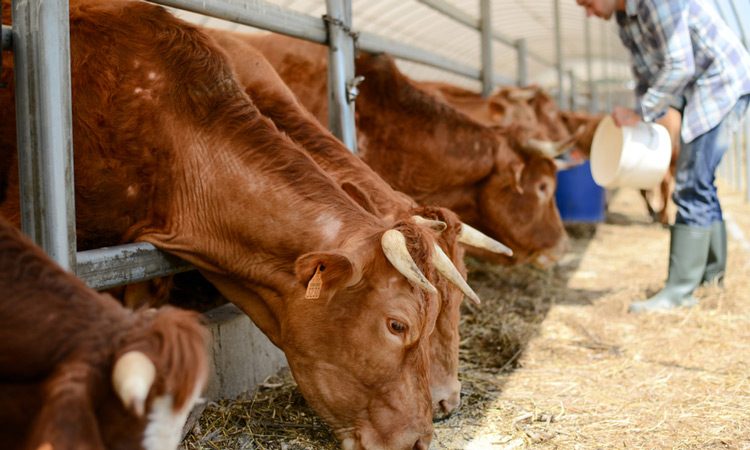 The concept of using insects as a sustainable, alternative source of protein in animal feed has gained considerable traction in recent years

What is unique about feed based on insect protein?

In reality, the concept is not a novel one. It is simply re-instating insects to their natural role in the food chain as converters of waste into high quality protein.

The advantages of using insects as a source of protein are manifold. Insects reproduce quickly, have high feed conversion rates, and the advantage of a low environmental food print requiring substantially less land and water for production. Insects can be reared on food waste, which would otherwise be destined for landfill, and are extremely efficient converters of waste to protein. As a direct comparison, to produce 1kg of cricket protein requires 1.7kg of feed, to produce the same amount of cattle protein requires 10kg of feed.

The nutritional profile of insects is also persuasive when considering its role in the food chain. Research undertaken by AB Agri, in conjunction with FERA, has demonstrated that insect meal is comparable with fish meal in terms of its amino acid content. Some insect protein is equivalent or superior to soybean protein as a source of essential amino acids.

What part does the consumer play?

The negative impact of food production on climate change has attracted substantial consumer and political attention. There is increasing demand for food products to demonstrate both traceability and sustainability.

Given the persuasive environmental and sustainable credentials of insect protein, it is not difficult to see that a growing number of food-conscious consumers would choose a product that puts sustainability at the heart of production.

What role does government play?

It is a nuance of European legislation that prohibits the feeding of insect protein to livestock, yet insects are a natural part of the diet of poultry and pigs. The prohibition on the feeding of processed animal protein to farmed animals is very much a result of the BSE crises. The cause of BSE was linked to the feeding of meat meal and bone meal to livestock and resulted in the introduction of European legislation termed the ‘feed ban rules’. Any proposed exceptions to the feed ban rules will only be considered if they are supported by a risk assessment to ensure that there is no risk to human health and life. For further legislative changes to permit the use of insects in livestock feed, a risk assessment from the European Food Safety Authority (EFSA) is required. The European Commission has provided a mandate to EFSA to assess the risk of using insect protein in poultry feed.

Should the UK leave the European Union, EU Regulations, which are a category of European law that applies to all member states directly without the need for domestic legislation to incorporate it and includes the feed ban rules, will be transposed into UK law. If, at that point, European law has been amended to permit the use of insects in poultry feed, that will be reflected in UK legislation. If not, then this presents an opportunity for the UK to be at the forefront of this pioneering new industry by providing legislative change and government support for companies in the UK to lead the way in this innovative new field.

Rachel O’Connor is Senior Associate in Michelmores’ Agriculture team and joined the company in 2014.