Ask him to predict the precise ramifications of Brexit and Nostradamus himself would have smashed his crystal ball, hurled his tarot cards at the wall and spent the rest of his days deliberately not looking at a single palm. Nevertheless, a recent paper published by researchers at three leading UK universities claims that there are 16 major issues that, come March 2018, could seriously threaten food safety in the UK. New Food investigates. 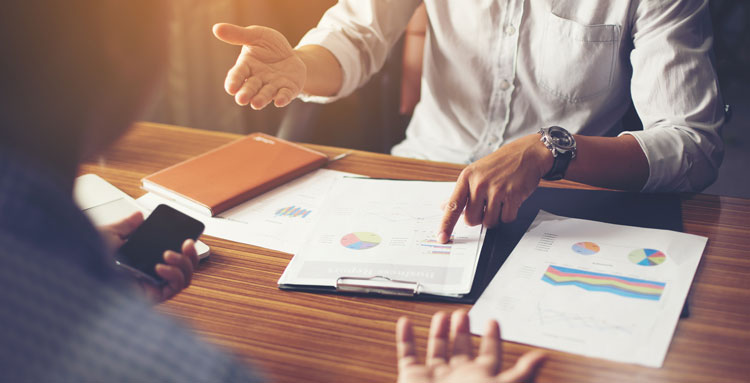 When asked why the paper was necessary, Lang told New Food: “The continued silence from Government on the Food Brexit is both worrying and stupid. No sector or features of everyday life are more affected by the negotiations. If this continues, it could even threaten national food security, as we derive 30% of our food from other member states. Disrupting that is risky.”

The academics considered the following to be major issues:

Of course, there are millions (17.4 million to be precise) who voted to leave the European Union, and many more who have decided to view Brexit as an opportunity to be embraced. Nevertheless, even the most hardened Brexiteer will acknowledge there are genuine concerns regarding food safety which need to be answered – and sooner rather than later.

At present it hasn’t been made clear to the public what the actual goal of Brexit is. There is seemingly no agreed goal other than getting a “good deal,” from Brussels, which begs the question of how people can judge the Government’s performance during negotiations.

When it comes to the food industry, prices are important, but certainly not the be all and end all. The same applies to health concerns and environmental issues. It would be overly simplistic to cite any one issue as the most important, or to rule anything out as essential. The British public needs to ask themselves what impact they want Brexit to have on food safety. They also need substantive replies from the overnment, not simply rhetoric.

For many years now EU regulations, communiques and directives have governed almost every aspect of the UK’s food chain. Not only do they apply to farmers, but also transport and distribution, processing, retail, food service, health and safety, communications, supply industries and more. Whatever happens during negotiations and regardless of how smooth the UK’s exit proves to be, legislation will need to be replaced. Britain needs to decide whether they continue to follow EU regulations in the interim, or try to immediately implement its own laws. It also needs to decide what the purpose of this legislation will be; what will it be trying to achieve?

For example, the Common Agricultural Policy (CAP) and the Common Fisheries Policy (CFP) have attracted plenty of criticism in the UK for reasons as varied as acting as a de facto food tax to preventing British fishermen from fishing in UK waters. We won’t delve into the merits of these claims here; the issue is that these policies will need replacing.

The country will also need to decide where its food will come from. Research published in the Journal of the Royal Society in 2016 estimated that over 50 per cent of the UK’s food was imported from overseas. It also claimed that two thirds of the land area used to produce this food is on foreign soil. A second study showed that of the UK land devoted to producing food, 85 per cent is associated with meat and dairy. This is despite the fact that only 32 per cent of calories consumed by Britons derive from livestock.

Clearly there are issues here that need addressing. Demanding complete self-sufficiency post-Brexit is absurd, but changes in legislation and regulations means that the status quo will almost certainly not be maintained. One country touted as a source of cheap foodstuffs could be the USA, which produces between 120 and 130 per cent of all the food it needs. The issue is that US food safety standards are, in several important respects, far below those that currently apply in the UK and EU.

For example, many American beef producers implant synthetic hormones under the skin of cattle. These animals need to eat less feed than they would if the hormone implants were not used. This means the cattle grow faster and at a smaller cost to the farmer. The USA has deemed meat from these animals to be safe to eat, but European counterparts have reached a different conclusion, saying the meat poses significant risks to vulnerable groups such as children, pregnant women and those with weak immune systems. Similar situations can be found when it comes to milk production, genetically modified crops and the use of disinfectants to reduce bacterial contamination.

EU member states cannot import foodstuffs from across the pond where such concerns exist. Will the UK abandon Europe’s indisputably higher standards? Will the country instead accept the lower standards governing production in America, or even other nations such as China? It isn’t yet clear. Indeed, it isn’t even clear if the general public would accept a lowering of standards, should those in power try to implement one. Similarly, would the British people accept the end of EU labelling requirements on food sold in the UK? Most likely they have grown used to having all the information about food safety at their fingertips.

In the same way that the UK imports a huge proportion of its food, it also has to bring in a huge proportion of its workforce from abroad. Defra and the ONS estimate that approximately four million people are employed in the UK food industry, or 14 per cent of the national labour force. Though it is understandably hard to obtain an exact figure – because of difficulties defining exactly who works in the food sector –this is useful as a guide.

Of these four million people – which makes food the UK’s largest sector – almost 500,000 work in farming, over a million in retail and a quarter of a million in wholesaling. The concern is that, despite being the largest sector in terms of numbers employed, food is among the most reliant on foreign labour, with around 30 per cent of its workforce being born overseas.

With immigration being one of the primary reasons people voted for Brexit, it would be surprising if there was no impact on migrant labour from Brexit. The loss of access to EU labour would be catastrophic for the food industry. The Government has long been made aware of this, but hasn’t put forward any suggestion for how to handle it.

These are just a handful of issues that will need to be addressed if the British Food industry is to thrive post Brexit. There are many more, and even those we have mentioned are far more complex than we can explain here. Whether the UK retains some form of membership of the single market, severs ties with the EU completely, or negotiates some form of entirely new relationship, these issues won’t solve themselves.

The authors of the study did offer some recommendations, suggesting that the Government needs to commit to a “modern, low-impact, health-oriented UK food system, and set out how that will be achieved, with or without Brexit.” It would also need to introduce a new statutory framework for UK food and establish clear targets for UK food security including food supply, quality and health.

The report also suggests the creation of a new National Commission on Food and Agricultural Policy to provide oversight and review, and be a source of advice trusted by the public. Furthermore, it must make a clear and explicit commitment to address food matters during the course of the Brexit negotiation.

Of course, it will be impossible to please the entire British public (some cynics might say that almost 50 per cent will be disappointed by any outcome of the negotiations) and it would be presumptuous to assume that the UK will get everything it sets out to from proceedings. Nevertheless, it is clear that there are serious issues that need to be resolved if our food industry is to continue unscathed and that clarity is urgently needed.