With new corporate reporting requirements coming into effect worldwide, what else can the food industry do to combat human rights violations within the supply chain? Abigail McGregor, Jehan-Philippe Wood and Jacob Smit look at the current picture. 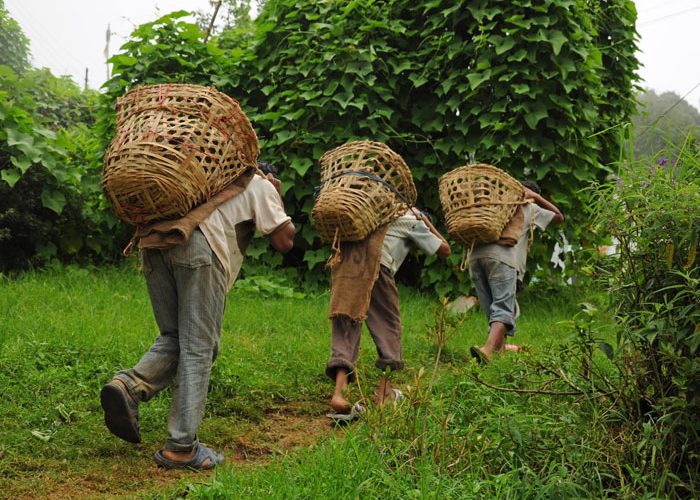 The food retail, wholesale and agriculture industries are no strangers to reports of poor treatment of migrant workers on farms, often involving labour hire companies.1 The UK’s Gangmasters and Labour Abuse Authority (GLAA) reported in 2018 that agriculture is a “high risk” sector for exploitation and abuse.2 It is due to the nature of the work involved in the production, processing, packaging and transport of food and produce, that these supply chains have a high risk of modern slavery.3 The risk is particularly acute for producers, who rely heavily on labour-hire companies to supply the manual labour needed on farms and processing facilities.4 In March 2018, according to the UK’s National Crime Agency annual report, there was a 35 per cent annual rise in the number of suspected slavery victims in the UK, with labour exploitation being the most common category of slavery.5

While the major supermarkets already have anti-slavery programmes in place, other operators in the food and agriculture industries – including producers, distributors, packers, exporters and caterers – may not be fully prepared for the introduction of a wave of new corporate reporting requirements that first appeared in California and the UK and is spreading globally. Most recently in Australia, we have seen legislation passed in New South Wales and also a Modern Slavery Bill tabled in the Federal Parliament.

Companies that might not be directly required to report under these laws will soon find themselves being asked by their customers about the steps they have taken to address modern slavery risks. As food supply chains are international, and with an increasing regulatory requirement to report on sustainability and human rights, the risk of food fraud is becoming a hot issue.

In this update, we set out an explanation of some reporting laws and discuss the impact on the international agriculture and food industry.

What is modern slavery?

At its broadest, the term ‘modern slavery’ incorporates any situations of exploitation where a person cannot refuse or leave work because of threats, violence, coercion, abuse of power or deception. It includes slavery, servitude, forced labour, debt bondage, and the deceptive recruiting of labour or services. Recent industry examples include: enslavement on Thai fishing vessels to assist in producing seafood sold across the world;9 immigrant labourers on farms being routinely abused;10 employers withholding wages or forcing staff to work at rates lower than those previously agreed; labour agents confiscating the passports of migrant workers, often with little grasp of English, and forcing them to work and live in squalid conditions; and recruitment fees payable by employees from future wages.11

In 2010, California saw the introduction of the California Transparency in Supply Chains Act, which required companies with a turnover of US$100 million to publish on their homepage the steps taken to eliminate modern slavery in five specific areas: verification, audits, certification, internal mechanisms and training. Five years later, the United Kingdom passed the Modern Slavery Act requiring companies operating in the UK with an annual turnover in excess of £36 million to report publically on what steps they were taking to mitigate the risk of modern slavery and human trafficking in their operations and supply chains.

Two years later, both Australia and Hong Kong announced an intention to introduce similar modern slavery reporting requirements.12 Most recently, in June 2018, Australia’s Federal Government introduced a legislation similar to the UK’s Modern Slavery Act that will require companies with a turnover of AU$100 Turnover of at least AU$100 million annually to report annually on the risks of modern slavery in their operations and supply chains.13 However, the Australian law differs from its British counterpart in that it sets out mandatory reporting criteria, which arguably impose a heavier due diligence and reporting burden on reporting entities. These criteria include an obligation to report on actions taken by the reporting entity and any entity it owns or controls, to assess and address its modern slavery risks, including due diligence and remediation processes.

The Australian state of New South Wales (NSW, which has Sydney as its capital city) enacted a Modern Slavery Act in June 2018. This requires commercial entities with an employee in NSW and a total revenue of AU$50million to report annually – thereby requiring a much larger cohort of businesses to report. The reporting criteria have not yet been prescribed by regulation and it is hoped that they will mirror the Commonwealth criteria to simplify reporting.

As a result of these Modern Slavery reporting obligations, food retail, wholesale and agriculture companies will be required to examine their supply chains and report on what they are doing to prevent modern slavery. These companies will in turn ask their suppliers what they are doing. Crucially, ‘supply chain’ is not limited to the first tier. So, even if suppliers are not captured by Australian or British reporting laws or are not supplying directly to customers who are captured by them, they will soon be asked to disclose their modern slavery risks – and the impact will cross borders, as supply chains are international.

For example, a farm in Spain might supply oranges to a distributor who then on-sells to a grocery chain in the UK and a grocery chain in Australia. The Australian and British customers may ask the distributor to complete a questionnaire about its modern slavery risk and certify that it has taken reasonable steps to eradicate slavery from its operations and supply chains. The distributor will need to ask its farmers what their risks are – including the farm in Spain. The farm in Spain, despite having no legal connection with the UK or Australia, will be indirectly required to report on the steps it is taking to eliminate modern slavery in the orange groves. It might even be inspected and asked to provide proof that its employees are not slaves.

Suppliers ought to expect that there will be significant public criticism of those businesses that do not comply with their reporting obligations and assist their customers to comply with theirs. In addition, Modern Slavery Reports, once published, will be subject to intense public scrutiny, as has been the case in the UK.

What is industry doing already?

While governments and regulators have taken action to investigate allegations of abuse of vulnerable migrant workers on farms, industry participants have also taken steps towards addressing these risks, with varying results, including:

In the meantime, civil society groups and other organisations have created their own public databases to rate businesses’ compliance with human rights and sustainability standards. These include:

Unfavourable listings in such databases and indices can have negative reputational effects.

While independent certification can be helpful, the risk of false reports from auditors or bribery in the certification process cannot be underestimated. Auditors are often susceptible to bribes, and unscrupulous suppliers often coach their employees on the responses they must give to auditors when asked. The existence of such practices stems from an effort to conceal slavery-like methods that would otherwise lead to an adverse finding by the auditor. There are reported instances of companies being granted independent ethical certification on one hand, and being later found out to have been listed on a government ‘black list’ for use of forced labour.

food retail, wholesale and agriculture companies will be required to examine their supply chains and report on what they are doing to prevent modern slavery

The consequences can be devastating, from both a legal and reputational perspective. Legally, arguments can be made that a company that reports its supply chain is free from modern slavery is misleading the public, if it is later discovered to be untrue. From a reputational perspective, it is often hard to lose an affiliation with modern slavery once the brand has been linked to it.

Rather than rely solely on independent audits and certification, research conducted by Norton Rose Fulbright and the British Institute of International and Comparative Law (BIICL) has found that best practice is to have a ‘blend of activity’. This includes, but is not limited to, a compliance approach based on audits and certifications, and a more ‘interdependent approach’, which recognises the realities of supply-chain relationships and encourages collaboration and open dialogues. This best practice can help to mitigate the risk of food fraud.

What can food and agriculture businesses do to prepare?

Many companies are already in the process of reviewing their operations and supply chains and implementing measures to identify and address incidents of modern slavery.

Those businesses that haven’t already done so should consider taking the following steps:

Businesses operating in the food and agriculture industries need to be particularly alive to the risk of slavery occurring deep in their supply chains, which are often long and complex. Well-publicised incidents mean that businesses operating in these sectors are likely to be treated as being ‘on notice’ of these risks and the government, media and public will closely monitor the steps they are taking to operate sustainably and ethically.

By undertaking these steps, businesses will be well placed to respond effectively to new regulations and show that they are committed to eradicating modern slavery and taking concrete steps to achieve that outcome.

Abigail McGregor, JP Wood and Jacob Smit are lawyers at Norton Rose Fulbright Australia. They are part of the Business and Human Rights team and have been advising the Australian Government on the introduction of a Modern Slavery Reporting Requirement. They regularly work with clients in a variety of industries in managing human rights, bribery and corruption and other corporate governance risks.