New Food speaks exclusively to PepsiCo on their ‘Food for Good’ initiative and the future potential it holds to change child nutrition for the better. 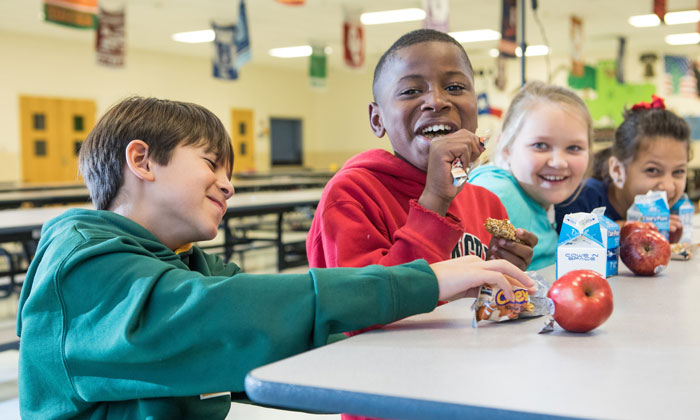 Food for Good (FFG) was launched in 2009 by a small group of enterprising PepsiCo employees who wanted to make a meaningful impact in their communities. During a meeting with local community leaders in Dallas, TX, child hunger was identified as a pressing issue. Local PepsiCo staff saw an opportunity to use the company’s logistical expertise and technological know-how to serve children who weren’t being reached by other services. After eight years of growth, FFG now delivers healthy meals to children in 18 cities across the country, providing the nutrition they need to learn, play, and grow.

We are incredibly proud of the impact FFG has had on communities to-date.

Scalability is central to the FFG business model and we’ve set ambitious goals for the future. By 2025, we aim to have a presence in 25 cities, including 5 outside the U.S., and provide 50 million servings of nutritious food every year.

This objective was set last year as part of PepsiCo’s Performance with Purpose 2025 Agenda, specifically PepsiCo’s goal of providing underserved communities with access to at least 3 billion servings of nutritious foods and beverages by 2025.

PepsiCo has also set goals to increase positive nutrition—such as whole grains, fruits and vegetables, dairy, protein, and hydration. FFG has a key role to play in this as a driver of innovation for products that meet strict nutritional standards and are accessible to lower income consumers.

FFG works with the research and development teams at PepsiCo to explore and create new products that are suitable for program participants and PepsiCo’s broader consumer base. This means that they must meet the dietary requirements of federal nutrition programs, and be available at an affordable price point. This product innovation supports the expansion of PepsiCo’s Everyday Nutrition product portfolio, part of the transformation of the company’s range of foods and beverages under the Performance with Purpose 2025 Agenda. For example, FFG prompted the creation of a Maple Brown Sugar Quaker Chewy Bar, Life Cereal “Bowl pack,” and three flavors of Tropicana juice boxes, which entered the market this month.

The innovation FFG has spurred goes beyond just products. New technology developed through FFG is ensuring that fresh food remains at food-safe temperatures in extreme heat. FFG created a transportable cold box featuring Phase Change Material – highly effective insulation and durable, stackable boxes – to facilitate simple and safe warehouse and delivery processes. For FFG, cold boxes help the program control costs by eliminating the need for costly refrigerated trucks and enabling drivers to transport refrigerated and ambient products on the same truck. FFG can now deliver fresh meals to sites that may not have otherwise received food due to a lack of refrigerated storage.

In 2015, PepsiCo’s Gatorade brand began using FFG’s cold box technology to chill protein bars. Without this solution, 75 percent of these bars were at risk of melting during the distribution process. Last year alone, $14 million worth of at-risk product was saved due to the implementation of this technology.

Earlier this summer, the Food Research & Action Center (FRAC) released their annual Hunger Doesn’t Take a Vacation: Summer Nutrition Status Report, which showed a decrease in summer nutrition program participation last year. Despite the growing need, millions of federal and state dollars that could help feed hungry children go unused each year, often due to the logistical challenges associated with reaching kids outside of school hours.

It is PepsiCo’s hope that FFG will serve as a tremendous example of how partnerships across the private, public and NGO sectors can produce scalable and sustainable models for critical programs, and help inspire the growth of similar initiatives that can address other urgent social needs.

One response to “PepsiCo exclusive: The ‘Food for Good’ initiative”