Why you should drink water from trees

We wanted to bring to market something that was natural, hydrating and low in sugars and it seems trees might provide the answer… 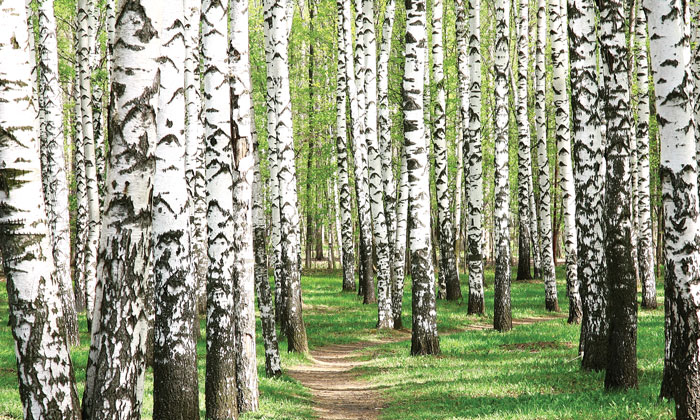 We wanted to bring to market something that was natural, hydrating and low in sugars. Having been introduced to tree water by a friend in 2014, we decided that this was the ultimate solution and that we should launch it in the UK. We bypassed labs and factories, instead choosing to bottle water that came direct from nature’s source; from the forest itself.

Tree water is simply pure tree sap: undiluted and unaltered. People are often surprised at this, as they expect sap to be brown and sticky, but for certain trees it is clear as water. The most common sap to be bottled comes from the birch tree and is popular in Eastern Europe, mainly in Russia, Estonia, Lithuania, Poland and Latvia where we first sourced our precious sap. The other common tree waters are maple sap and bamboo sap. Tree water is just as hydrating as coconut water, yet it has only a quarter of the amount of sugar. Proving to be no fleeting trend, the UK’s thirst for tree waters is growing and the popularity of birch water continues to rise.

Birch water has long been favoured across Nordic folk cultures as a spring tonic to cleanse the body after a long, harsh winter. Birch water tastes a little sweet – from naturally occurring xylitol – and beautifully crisp, with a delightful aftertaste of the forest. A rare and prized ingredient, birch sap can only be harvested during the first two weeks of April, at which time the nutrients stored in the roots travel through the thawing tree to swell the buds to bloom. The tree starts pumping the water from the ground when the snow melts away which is the natural signal for spring time!

Sibberi works with farmers to tap silver birch groves nestled deep in the wilds of Eastern Europe, where the soil and weather is just right to produce the delicious, naturally sweet, nutritionally-rich sap that goes into each bottle. Five litres of sap is collected drop by drop from each mature birch tree – a mere 1% of the total sap produced per tree – the tap is then plugged allowing the hole to seal itself for the following year. A longstanding Scandinavian beauty secret with its ever-expanding list of health and beauty benefits; Sibberi helps eradicate the uric acid that accumulates when dieting or eating excess sugar. As a natural diuretic, it supports kidney and liver functions and speeds up the process of cleansing.

Approximately one in five people have too high a level of uric acid in their blood, which can result in a buildup of crystals in the joints, causing joint pain or even a form of arthritis called gout (one in seven older men have gout in the UK). Too much uric acid can also result in the body’s elimination of the excess through the skin’s pores, resulting in a cloudy complexion.

Birch water is packed with electrolytes (potassium, calcium and manganese) and antioxidants in the form of flavonoids – all of which speed up the body’s cleansing process, preserves nutrients and supports weight loss. Containing naturally occurring xylitol, birch water is also known to help with preventing tooth decay. Nutritionist, Candice Van Eeden (DipCNM mBANT CNHC) comments: “Birch sap is a phototherapeutic clear water that is naturally filtered by the Birch tree. Birch Water is an effective diuretic supporting the liver to detoxify unwanted chemicals and the kidney to expel uric acid from the body. This is what gives Birch sap its anti-inflammatory property.”

Leveraging their expertise of tapping birch trees, Sibberi also harvests maple trees in Vermont and launched their Maple Water in 2016. A health tonic used for centuries by Native Americans, this hydrating elixir is simply maple sap tapped straight from a maple tree – not to be confused with maple syrup, which is concentrated maple water. Maple Water is packed full of manganese, which assists in maintaining healthy bones and tissues, as well as regulating thyroid function and blood sugar levels. One bottle of Sibberi Maple Water has the same amount of manganese as a cup of kale, making it an easy and palatable way to incorporate this important nutrient into your diet.

Sibberi was the first company to introduce the world to Bamboo Water in 2016. In the case of this highly sustainable plant, its water is directly extracted from the bamboo sticks. Bamboo is the highest natural source of silica and the best-kept secret for healthy skin, hair and nails. Being naturally present in the body, silica, however, fades with age, making Bamboo Water a simple and natural antiageing solution. Nutritionist, Candice Van Eeden (DipCNM mBANT CNHC) comments: “Each of the waters have their own unique healing properties. Maple contains mineral manganese1 that supports healthy bone structure and connective tissues; Bamboo boosts natural production of collagen, inhibiting the aging processes of the body’s tissues,; while Birch supports the body in detoxifying unwanted chemicals.”

However, irrespective of how nutritious they may be, they won’t be able to hydrate you if you can’t stand the taste. Each type of tree sap has a unique taste, resulting in a range of distinctly different tasting tree waters. This variation in taste makes it less likely that the consumer will tire of this hydration source, providing an option to suit everyone – including children. Birch water has a light, slightly sweet taste with a subtle hint of forest. For those with a sweet tooth, maple water provides a low sugar sweet hit with its hints of maple syrup. And if you aren’t a fan of sweet drinks, the bamboo water tastes similar to green tea. Dietitian Fiona Kinnear (BSc (Hons) Nutrition, R.D. (PgD)) comments:

“Overall, tree waters are a great alternative to other sugar laden choices – helping you to keep hydrated while also keeping your sugar intake within the new current recommendations for which your short and long term health will greatly benefit.”

In summary, each type of tree sap provides a unique taste and nutritional profile, meaning it can be enjoyed without requiring any sugar or added flavouring. We did consider adding juices to our water range to make it more accessible for people inclined to sweet things, however we realised this would defeat the purpose of being completely natural and would add unnecessary calories. We decided to keep it simple and leave the waters just as nature intended!

Previously working in the fashion industry for Louis Vuitton in Paris, Clara Vaisse has applied her skills to the marketing of her own health drink brand, Sibberi. Since childhood, fitness guru Clara (she holds a black belt in Judo) has maintained a keen interest in healthy eating and natural medicine, believing that the food we eat can help heal the body. Inspired by tales of the health-giving properties of tree sap, Sibberi’s co-founders, Clara Vaisse and Mehdi Meghzifene, embarked on a quest that lead them to Eastern Europe and China to find the pure sap that is unavailable in the UK. 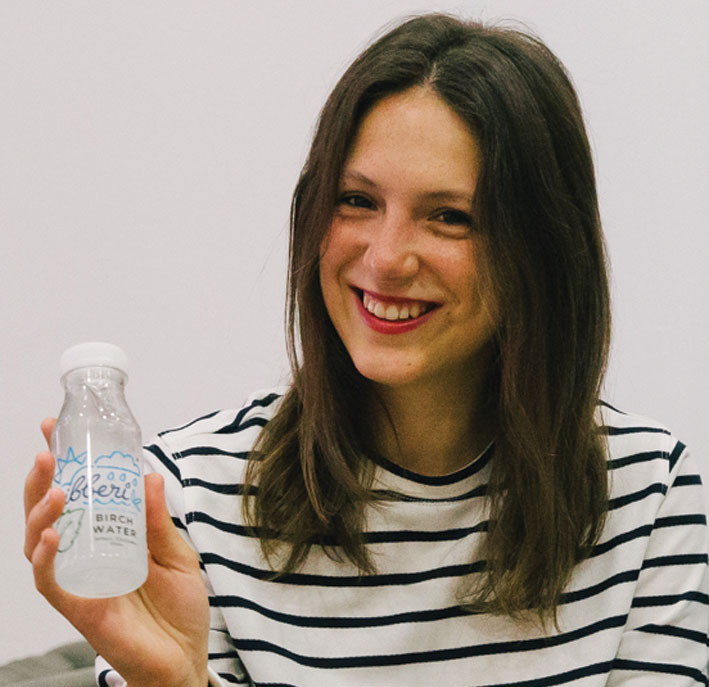 One response to “Why you should drink water from trees”