Why is British agriculture challenged by Brexit? Why were the EU’s CAP subsidies considered unfair for British farmers? How can the industry tackle this? 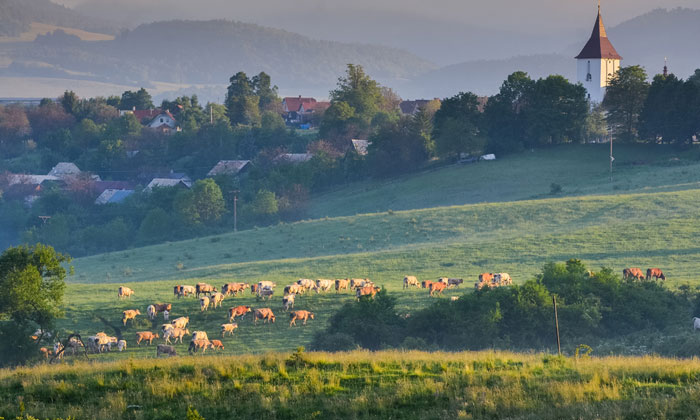 From a purely British economic perspective, agriculture looks set to suffer following Britain’s exit from the European Union, and here’s why… First things first, the UK agriculture industry relies on a migrant workforce and heavily so.

Approximately, one third of the UK’s food processing sector’s workers (120,000) is comprised of EU migrant workers and with mainstream British media institutions reporting that Prime Minister Theresa May is poised to “announce end of free movement for new EU migrants next month” Brexit looks increasingly problematic for the UK industry.

As reported by The Economist:

The British National Farmer’s Union have already expressed their reservations on the topic of Brexit though have asserted that they must boldly move forward.

As the NFU President Meurig Raymond stated that:

“The government must not ignore the economic importance of the farming sector. It’s the bedrock of the UK’s largest manufacturing industry – food and drink – which is worth £108billion and employs 3.9million people.”

The UK agriculture industry relies on a migrant workforce…

It is estimated that 85,000 EU migrant workers are required each year for harvesting and fruit-picking roles and in September, the percentage of those who failed to turn up was up from 2% the previous year to 8%.

We still have no idea what the plan is…

This in itself is worrying.

The Agriculture Secretary and champion of the Brexit campaign, Andrea Leadsom, remained ambiguous when speaking at the NFU’s annual conference on February 21 and the unknown is precisely what worries the wider agriculture (and indeed every) sector in the UK.

Following on, Minette Batters, Ms Raymond’s deputy at the NFU, worries that “Brexit concerns every aspect of farming, but we still have no idea what the plan is,” voicing the industry’s wider concern.

While Ms Leadsom had previously argued that Brexit will allow the UK farming industry to remove the “rules that hold us back,” and might allow an extensive deregulation of farm inspections, estimated to cost the industry £5 million per year and the loss of 300,000 hours according to another UK media source.

Certainly a freeing up of the regulatory framework might well aid UK farmers to an extent.

What was the beef with EU regulations?

First and foremost, the EU’s common agricultural policy (CAP) which in theory offers agricultural subsidies to those in need, is considered to be grossly misinterpreted by the UK government.

In the UK, in 2015, the top 100 recipients of the CAP received £88m in agricultural subsidies – that’s more than the amount paid to the bottom 55,000 recipients in total according to a British newspaper. This in essence, means that an awful lot of the EU farming money goes to an awfully small number of people – including The Queen who is said to receive £686,000. Meanwhile, small farmers receive proverbial pennies in comparison.

Perhaps a redistribution of CAP on the part of the UK government would have been in order as opposed to blaming the EU’s wider regulatory framework.

Three main causes for concern for a post-Brexit Britain?

A recent report (January 2017) that coincided with the Oxford Real Farming Conference proposed a revised deal for Britain’s farmers, which would help those who are struggling and further improve the environmental sustainability of farming while saving the UK taxpayer £1.1 billion.

The report itself titled, ‘Agricultural subsidies in the UK after Brexit – A progressive solution’  asserts that a new subsidies system could:

This might in turn create a fairer post-Brexit agricultural landscape for the UK though evidently the subsidies would subsequently have to come directly from Westminster and not Brussels.

Nick Dearden, the director of Global Justice Now, the organisation behind the report, said:

“Some members of the government seem to think that we no longer need to grow food in this country and should instead rely on international trade. They pay lip service to the importance of small and medium scale farming, but actually have a ‘get big or get out’ attitude for farmers both here and in the global south. The ‘new deal’ we set out today is quite different – it’s a win for small farmers, a win for the environment and a win for the taxpayer. The only people who won’t be happy are the massive landowners and speculators who will lose their free government money.”

Subsidies will have to come directly from Westminster and not Brussels…

“Our farming and food system faces serious challenges; from climate change, to ever-lengthening supply chains and the concentration of land ownership in the hands of a small, wealthy elite. Brexit has thrown all the pieces into the air, and it’s up to us to shape how they fall.

“Real change is needed to support environmentally beneficial farming methods, increase jobs in the rural economy, improve support for small-scale farmers and re-localise supply chains. Our proposals for a new subsidy system in the UK would do this, all while saving up to £1.1 billion of public money. People want to see a food system that works for them and for the environment. It is time for government to catch up.”

That said, the worrying thing for the UK agriculture industry is that it remains reasonably far down the Brexit agenda, contributing a measly 1% of British GDP while manufacturing and financial services contribute 10% each.

While EU bureaucracy and regulation was extensive and it is predicted that most farmers would have voted with the Leave camp.

Without a proposed political strategy for agriculture however, UK farmers remain unclear as to whether to invest in technology while their industry faces a withdrawal of £3bn worth of EU subsidies.

With no significant clarification from the UK government, the future of British farming looks about as clear as the muddy fields after a famous British harvest.