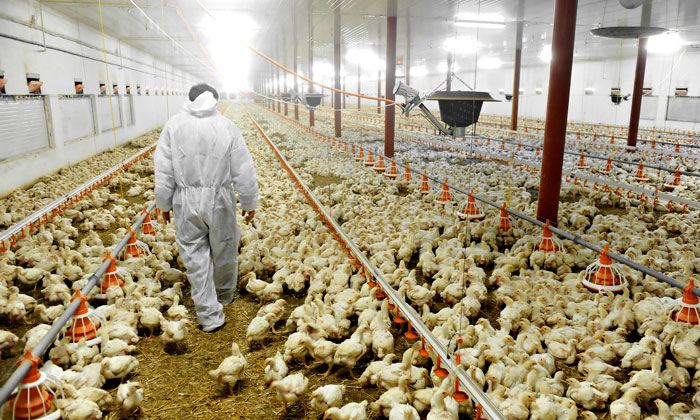 New bilateral trade agreements between the UK and the USA could see the former being forced to lift restrictions on food imports from the latter. This would include some products that have up to now been banned, with meat products being “particularly high” priority for Bob Young, chief economist at the American Farm Bureau Federation (go to 1 hour and 50 minutes for the full interview on the BBC Today program here).

What would that mean for British consumers?

With Brexit looming, the UK will no longer be obliged to follow food hygiene standards set by the European Union, and the terms of any future trade deal with the United States will be contingent on the UK relaxing those hygiene standards, for the good of the “free market”. Rapid-growth beef fed on a hormone-rich diet and chlorine-washed chicken are just two of the products that could then find their way into the British food supply.

This isn’t the first time the issue of meat production protocol has come up in trade talks with the United States, and indeed, it has been one of the stumbling blocks which the much-maligned TTIP deal failed to overcome.

The EU refused to accept American food imports that were not commensurate with its stringently-enforced food safety standards, but such barriers would no longer be an issue in any bilateral agreement between the USA and a post-Brexit UK.

Shane Holland of Slow Food in the UK says, “We rightly applaud our high welfare laws, where we have some of the strictest rules in Europe, ensuring not only food safety but also protecting livestock and farmers alike.

We also believe in an equal playing field for farmers, but believe that good animal husbandry is better for all than using bleach baths, and that raising livestock slowly so it has a good standard of life and better flavor is preferable to growing animals faster using antibiotics and hormones, with all the health issues and antibiotic resistance that entails.

We don’t seek a race to the bottom, but parity of the highest standard in each piece of legislation. Our campaign against TTIP in the UK and more widely through Europe showed that consumers actively desired and wanted to protect our standards. That is a trade opportunity no US farmer should turn down.”

James Sumner of the Poultry and Egg Export Council in the United States has said the real reason Europe rejects chlorine-washed chicken is protectionism.

“If the truth were to be known, that’s the real reason they don’t want us there, and chlorine is a convenient excuse,” he told NPR. Now that may be partly true for the industrial meat lobby in Europe, but that’s certainly not the reason for Slow Food’s objections.

“That is a trade opportunity no US farmer should turn down…”

The reason for disinfecting chicken carcasses with chlorine and other chemical washes is a tacit admission that hygiene standards on the farms where they’re raised are insufficient. Rather than try to improve the welfare of these animals, producers prefer to simply chemical-wash they’re potentially infected carcasses – without labelling that clearly to consumers, of course. That completely goes against our philosophy of good, clean and fair, and the highest possible standards of animal welfare in meat production are an integral part of that.

As for hormone-fed beef, where to begin?

The controversy surrounding the practice goes back decades, and has been linked to a series of health issues in humans, not to mention how unethical it is to artificially accelerate the life cycle of animals for our own consumption, or the antibiotic resistance crisis we face (and it is estimated that 70% of all antibiotics in the US go into animal feed). We can only hope that the UK government will not completely abandon its principles regarding animal welfare when it leaves the EU, and resist American demands for “liberalised” trade.