In the latest in our ‘Feeding Asia’ series, we look at how an improved efficiency in the cold chain might help reduce Indian food waste and fight against malnutrition… 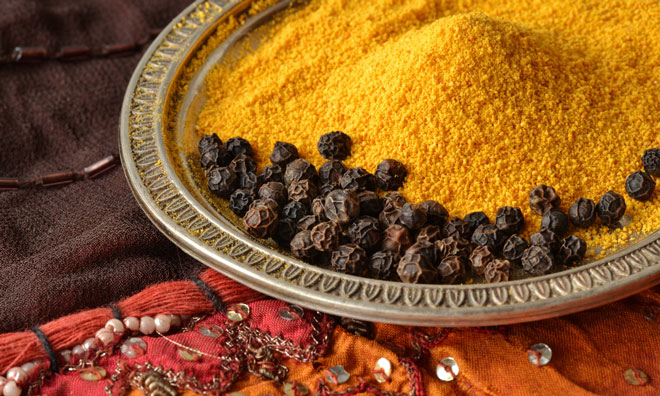 Following our introduction to the issue of Asian food security and a subsequent discussion of how population growth and urbanisation in the continent is radically changing consumption habits, our latest instalment in the ‘Feeding Asia’ series looks specifically at one of the region’s and in fact world’s most diverse nations: India. India, home to six main religions and a plethora of different languages is the seventh-largest country by area, the second-most populous country (with over 1.2 billion people), and the most populous democracy in the world.

Following market-based economic reforms in 1991, India became one of the fastest-growing major economies and is considered a newly industrialised country. That said, it continues to face the challenges of poverty, corruption, malnutrition, and inadequate public healthcare… and crucially food security.

Feeding 1,293,057,000 people is by no means an easy feat, let alone for one of the most complexly beautiful but challenged countries in the world.

In this article, we asked David Appel, the President, and Jon Shaw, Director, Sustainability & Global Communications at Carrier Transicold & Refrigeration Systems – a part of United Technologies Climate, Controls & Security – to detail how an improved efficiency in the cold chain might help reduce both Indian and global food waste and its impact on climate change. The impact of hunger on hundreds of millions of Indian children is most visible in their stunted growth and intellectual development, with some 39 percent of Indian children stunted from poor nutrition, according to government figures. While this is a complex social and cultural issue, there are two important contributors to malnutrition affecting India as a whole: micronutrient deficiency (also known as hidden hunger), and the lack of a functioning cold chain.

The cold chain is the uninterrupted temperature controlled transport and storage system of perishable goods between producers and consumers. India loses as much as 50 percent of all its perishable food due to an inadequate or non-existent cold chain, at a cost of $4.5 billion, as identified in a 2015 research report by the University of Nottingham, “The Impact of Reducing Food Loss in the Global Cold Chain,” funded by a grant from United Technologies Corp.

According to that report, micronutrient deficiency is defined by the 2014 Global Hunger Index as, “A form of undernourishment that occurs when intake or absorption of vitamins and minerals is too low to sustain good health and development in children and normal physical and mental function in adults. Causes include poor diet, disease, or increased micronutrient needs not met during pregnancy and lactation.”

Iron deficiency anaemia is one of the most serious public health problems in India, with an estimated 50-70 percent of women and children affected. More than 70 percent of pre-school children consume less than half the recommended daily intake of iron or vitamin A. All this against a backdrop where India is one of the largest food producers in the world, yet struggles to feed its population with 191 million people (15.2 percent) undernourished.

One in every three malnourished children in the world lives in India.

While many factors contribute to these post-harvest losses, a major cause is an almost non-existent cold chain. It’s been suggested that 30-35 percent of fruit and vegetable losses in India could be reduced by transporting fresh produce in refrigerated vehicles. In addition, there are approximately 104 million tons of perishable foods transported intercity throughout India every year, but the vast majority of it – 96 percent – is not refrigerated during transport. By contrast, 70 percent of all food consumed in the U.S. each year passes through the cold chain.

The problem is easy to see – fresh green vegetables will last less than two days at 30 degrees Celsius (86 degrees Fahrenheit), and by then most of the nutritional value has been lost. The average high temperature in every major Indian city is at or above 30 degrees Celsius.

In their book, “Food Foolish: The Hidden Connection Between Food Waste, Hunger and Climate Change,” co-authors John M. Mandyck, UTC chief sustainability officer, and Eric B. Schultz note, “…[N]othing keeps perishable products safe, maintains their physical and nutritional qualities, and prolongs their shelf life like cold air. Fresh fish held at optimal temperature can last for 10 days; fresh green vegetables might last a month at optimal temperatures. Drive one or the other to market in an open truck in the hot sunshine and they can be ruined before arrival.”

Indeed, according to the authors, “In parts of the world where the cold chain is established and effectively run, perishable food loss can be maintained as low as 2 percent.” The Nottingham report identifies the major barriers to cold chain implementation in India as cost and poor roads. The operating costs for Indian cold chain storage units are double those of Europe and North America ($60 per cubic meter compared to less than $30 per cubic meter). Similarly, energy expenses account for 28 percent of the total expenses in India but just 10 percent in developed nations.

Further, most Indian farms are very small (a few acres) and nearly 70 percent of all rural villages lack access to a reliable electricity supply. Cold storage hubs won’t be built until there is an adequate infrastructure, such as roads and power stations, to support them.

The lack of a cold chain is particularly acute in southern India, where there are almost no cold storage units and the climate is warmer and more humid. The lack of good roads, particularly in rural areas where food is grown, often makes transporting food difficult, if not impossible.

This problem is not limited solely to India. Rather, India is a microcosm of the much larger issue of global food waste. While some 800 million people around the world go to bed hungry every night – which is to say they lack the minimum daily caloric intake to be “food secure” – hidden hunger affects around 2 billion people worldwide.

Globally, it’s estimated that some 1.2 billion people have a weakened immune system due to zinc deficiency, 1.6 billion people suffer from anaemia caused by a lack of iron, 1.8 billion people are affected by iodine deficiency, which can cause brain damage in new-borns and reduce mental capacity, while 190 million pre-school age children and 19 million pregnant women are at risk of severe visual impairment or blindness due to vitamin A deficiency.

Around 10 percent of perishable foods are refrigerated worldwide, yet refrigeration is the best technology, with no associated risks, to prolong the shelf life of perishable food. A varied diet is essential to provide micronutrients, and the cold chain is essential to transporting, preserving and providing high-micronutrient foods. Reducing fruit and vegetable loss would have a significant impact on the amount of micronutrients that would be available in developing countries like India, which would help to alleviate hidden hunger and many of the devastating deficiencies that result.