The Webster’s Dictionary defines food as “a material consisting of protein, carbohydrate, and fat used in the body of an organism to sustain growth, repair, and vital processes, and to furnish energy” and as such, the foods we eat affect our overall health, development and well-being. 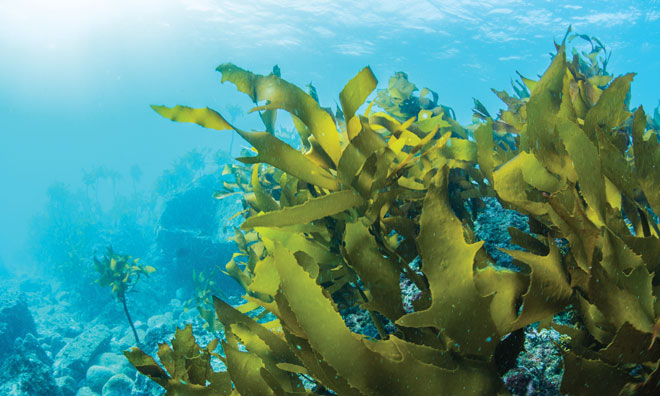 Therefore, there is some irony in the fact that neurological diseases, particularly in developed countries, are on the rise,1 with the economic costs of these estimated to be in the €798 billion range.2 Such neuro-degenerative disorders include Alzheimer’s, dementia, Parkinson’s Disease, Multiple Sclerosis, and Huntington’s, among many others. Another sobering statistic around human health relates to cardiovascular diseases that remain the number one cause of death globally.3 Indeed, the American Heart and Stroke Association reported in 2015 that approximately 2,150 Americans die each day from these diseases; that equates to one every 40 seconds.4 While the reasons for these troubling statistics are both complicated and varied, food remains a fundamental component contributing to our overall health and wellness.

Seaweeds are a substantial source of prebiotic fibres, amongst other proven health benefits

From the provision of all the brain essential nutrients, to high fibre contents and robust antioxidant capacities, macroalgae (seaweeds) can play important roles in human health and nutrition. The only nutritional element seaweeds collectively lack – in terms of a food to ‘sustain growth, repair, and vital processes, and to furnish energy’ – is calories. In these troubling ‘obesogenic’ times, that is not a bad attribute; in fact it is an important factor regarding the contention that seaweeds are ideal candidates for improving the nutritional quality of manufactured foods5. In their role as an ancient and natural food resource, seaweeds remained important to only a relatively small number of global consumers; mostly in Asia and a scattering of coastal populations around the world. However, today science is enlightening the general public in regard to the nutritional and wellness benefits of this fascinating precursor to land plants. It is estimated, for example, that around nine million tonnes of farmed seaweeds were used for direct human consumption in 2012.6 Soon the expectation is that, in order to meet the demands of an ever increasingly educated public, food manufacturers will be formulating and producing a plethora of goods containing whole seaweeds and seaweed ingredients or extracts. In terms of protein content, seaweeds can be an excellent source, although total amounts depend upon species and culture conditions. Dulse (Palmaria palmata), for example, can range between 8-35% protein and some nori species (Pyropia) have been shown to contain as much as 47% protein. The carbohydrate content of seaweeds is most significant in relation to the high proportion of soluble and insoluble fibres associated with them. These function both as important pre-biotic agents, enhancing gut health and improving bacterial populations, and by providing bulking effects, facilitating smooth passage through the gastrointestinal tract. The fat content of seaweeds is relatively low and mainly consists of lipids, or fatty acids. However, it is noteworthy that algae – both microalgae and macroalgae – are the rudimentary sources of the essential n-3 polyunsaturated fatty acids, docosahexanoic acid (DHA) and eicosapentaenoic acid (EPA). It is actually at this lower level of the food chain where those vital fatty acids are synthesised de novo, and they are then consumed and concentrated by fish and shellfish.7,8 Significantly, the ratio of n-6 to n-3 in seaweeds (and fish) is approximately 1:1, very similar to the proportions of the fatty acids in the human brain. Disturbingly, the wide global availability of n-6 in our foods has skewed that important ratio such that, in the United States, for example, the ratio of n-6 to n-3 is actually in the vicinity of 20; in Denmark it is around eight; and in Mexico it is 25. The ideal is considered to be 1-5.9

In addition to the macronutrients necessary for sustaining human growth and development, seaweeds also contain all the brain essential nutrients necessary for neural growth and protection, cognition, learning, and memory. This point is especially important with respect to maternal diets as brain development begins with the foetus and continues until approximately age two. Deficiencies in the neonate of vitamin B12, zinc, iodine, iron, or DHA, for example, can lead to impaired learning and poor cognitive development even later in life. Some seaweeds are viable sources of B12 and Pyropia is one of them, however only a small proportion of the over 10,000 seaweed species in the world have been adequately analysed for this essential vitamin, which can only be obtained from our diet. Also critical for human cognitive function and development, linking neuronal pathways and playing a pivotal role in learning and memory, is the transition metal, zinc. After iron, this is the most abundant metal nutrient in the body, and it is present in all tissues. Zinc is normally present in a minor plasma pool within the human body and it has a rapid turnover rate, such that a daily intake is required to achieve steady state and to maintain and support all the functions it is involved in. With their less diverse diets, many elderly people are also susceptible to zinc deficiencies, as this mineral is present in relatively small amounts in most foods. Good sources of zinc are certain cuts of meat, such as liver, oysters and crustaceans and, of course, seaweeds.

Historically Asian and coastal populations ate more seaweed, but now this is expanding…

A report published by WHO10 stated that iodine deficiency was the world’s greatest, single cause of preventable mental impairment, and its deficiency negatively impacts the intellectual ability of an individual by between 10 and 15 IQ points. It is widely recognised that seaweeds are a robust source of iodine and they are often referred to in precautionary terms with respect to potential toxicity that could result from excessive consumption of certain species, particularly brown seaweeds. However, iodine concentrations vary considerably among species and Nitschke and Stengel11 analysed 19 species of seaweeds for iodine content and reported 359-1920µg·g-1 (fresh weight) in the browns; 9-174µg·g-1 in the reds; and 3-14µg·g-1 in the green seaweeds measured. Studies on iodine bioavailability from an edible seaweed administered daily to a group of iodine-insufficient women for two weeks significantly increased urinary iodine excretion and the concentrations of thyroid stimulating hormone12. The researchers concluded that, with adequate analytical testing, the inclusion of seaweed in staple foods would serve as an effective alternative to fortification with salt or KI (potassium iodide) as a means to combat iodine deficiency. Considering the environments in which seaweeds grow and survive – at the interface of land and sea – it is no wonder they are robust sources of antioxidants and antioxidant compounds. The stresses they are exposed to include tidal extremes, high light conditions, often vigorous wave action, rain and wind, herbivory, and, in colder climates, ice and snow, and yet they survive and reproduce. The free radical scavenging activities of seaweeds have demonstrated anti-inflammatory and neuroprotective effects in humans and animals, making seaweeds potent food sources for not only balancing nutrition, but by providing avenues for cellular homeostasis.13 Reactive oxygen species (ROS) underlie the pathologies associated with all forms of systemic duress, and the adult human brain is particularly prone to oxidative stress, in part, as a result of its high oxygen consumption. This effect of oxygen amount per unit of tissue mass is even more pronounced in young children with smaller bodies but not proportionately smaller brains.

A considerable volume of new research is centred around the microbes reported to be in us and on us, and what they do to contribute to human health and wellness. It is startlingly clear that the several trillion human gut microbes and the metabolites they produce influence both physical and psychological health. Even emotional and cognitive function may be impacted by our gut microbes, as has repeatedly been shown to be the case in rodents.14 Obviously it is important to cultivate beneficial gut microbes, and products in the marketplace to this end include probiotics actually containing some of the ‘good bugs’ and prebiotics that are selectively fermented to provide food for the beneficial microbes. Prebiotics mostly consist of specialised polysaccharides/oligosaccharides from certain dietary fibres that are not absorbed or digested in the small intestine, but are ultimately utilised in the large bowel, producing short chain fatty acids (SCFAs) which are known to have health promoting effects. Seaweeds are a substantial source of prebiotic fibres and several research studies on chickens, rats, pigs, nematodes and cell cultures have shown improved intestinal histomorphology, increased abundance of beneficial microbes and increased SCFA production with the administration of dietary seaweeds15. Classified according to their chemical diversity, seaweed-derived marine oligosaccharides include chitosans, laminarins, alginates, fucoidans, carrageenans and ulvans – all of which constitute significant fermentable fibre components.

Without a doubt, seaweeds can provide versatile, nutrient dense, health promoting foods and food ingredients. The integration of physical health, psychological wellness and human consciousness points to the treatment of our bodies as whole systems, rather than as isolated parts. Food quality and nutritional balance are fundamental to the growth, repair, and vital processes, as well as the energy required to sustain the entire unit. Dietary seaweeds can play an important, nay critical, role.

Lynn Cornish has an undergraduate degree from Dalhousie University, Faculty of Agriculture (BSc. Soil Science) obtained in 1988, followed by a MSc. in Biology from St. Francis Xavier University (2013). Since then she has worked in agriculture, both as a consultant, as well as in the management of her own farming operation. However, the study and cultivation of seaweeds is now her career. She has worked for Acadian Seaplants Limited for 21 years. Her official role as Seed Stock Manager means she is responsible for the annual production of the macroalgal inoculum for our commercial seaweed food-production facility. In addition, she researches and writes about the many health benefits associated with dietary seaweeds, and has published review papers on this very important aspect of marine macroalgae. 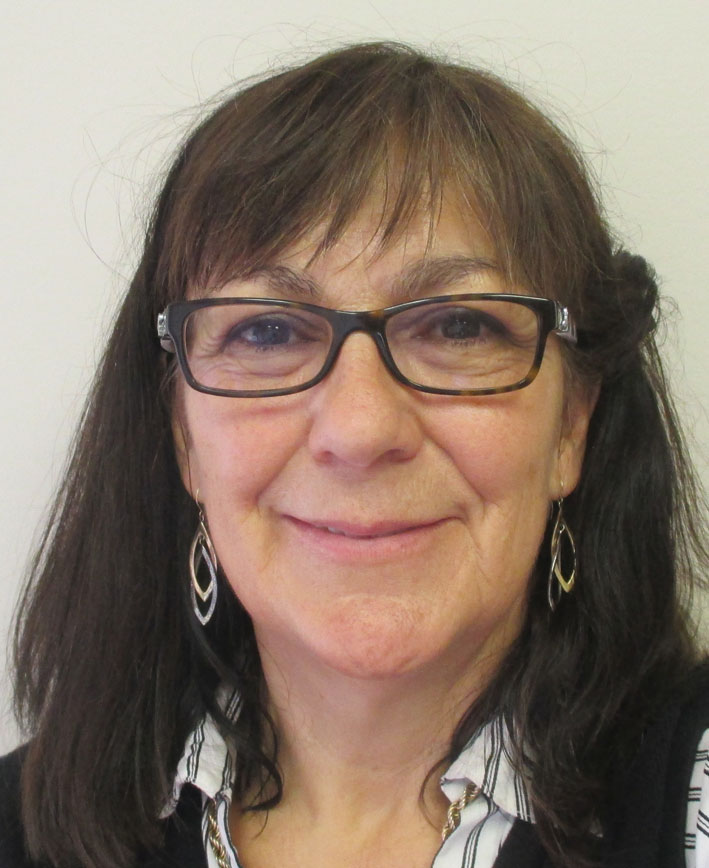