Ageing is a highly complex process that is associated with many common chronic neurodegenerative diseases. Do plant-based ingredients provide a potential solution…? 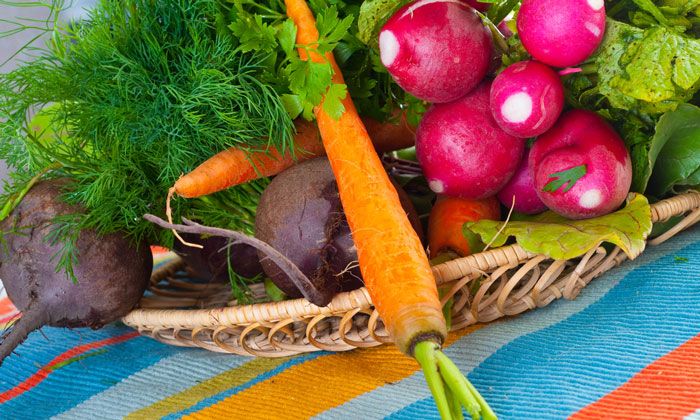 In parallel with the increasing number of ageing adults, the prevalence of mild cognitive decline and advanced forms of cognitive disorders, such as Alzheimer’s disease (AD), has also increased1. Worldwide, today, more than 26 million patients are diagnosed with AD and its prevalence is expected to exceed 106 million by 20502. We have also to consider a growing number of individuals 70 years of age and older that are likely experiencing cognitive impairment without dementia, effecting not only their ability to carry out activities of daily living, but also to continue living independently3. Moreover, evidence is growing that cognitive function declines from the 20s onwards even in healthy individuals4 and is exacerbated by poor nutrition5.

There is a need to address these challenges by developing alternative strategies to prevent the detrimental effects of brain ageing.

ILSI Europe (the European branch of the International Life Sciences Institute)  identifies issues that are key for public health primarily in the areas of nutrition and health promotion, food safety, risk assessment, and the environment. Renowned experts from academia, industry and the public sector are invited to address these issues and to publish the results of their work. The Nutrition & Mental Performance Task Force was set up by ILSI Europe to address said challenges and to review the latest scientific advances specific to how dietary nutrients and non-nutrients, such as botanicals, may affect cognitive ageing. It is possible that transient improvements in cognitive performance may offer longer term benefits in terms of maintenance of cognitive functions and may help delay or attenuate age-related neurodegenerative diseases (ARCD). It is also plausible that dietary modifications may also play a protective role in reducing the risk of developing ARCD.

A series of workshops were held  to summarise the latest scientific findings, novel approaches and proposals by the Task Force and to review the evidence supporting how nutrients, food and diet influence brain health. The first workshop held in 2014 was titled: ‘Nutrition for the Ageing Brain: Towards Evidence for an Optimal Diet’, and the following in 2016: ‘Nutrition for the Ageing Brain: Functional Aspects and Strategies’. The task force is currently working on the organisation of a 3rd workshop.

ILSI Europe publications are peer-reviewed and are based on consensus among the experts involved. The results of all ILSI studies are published regardless of outcome.

Topic areas and project ideas are submitted to their Scientific Advisory Committee (SAC) and the Board of Directors for review and approval. The Board is equally made up of academic and industry scientists, while the SAC has more than 50% non-industry scientists.

Since there is increasing interest in plant-based ingredients that may improve cognitive performance and prevent or reverse decline in cognitive function during adulthood, the Nutrition & Mental Performance Task Force submitted to ILSI Europe a new activity focused on this perspective, with a dedicated Expert Group on “Plant-Based Ingredients and Cognitive Performance”.The project submitted was approved, and has brought together a group of experts to summarise and criticially evaluate the current literature relating to plant-based ingredients, their constituents and cognitive performance.

In fact, a number of plants and their constituents have shown potential as acute cognitive enhancers, including caffeine6 Ginkgo biloba7, 8 ginseng9, 10, lemon balm11, sage12, and cocoa flavanols13. Furthermore there have also been a number of other ingredients and botanicals that have shown an ability to improve cognitive function after longer term supplementation, such as anthocyanin rich blueberries and grapes14, 15, soy16, micronutrients17, 18, omega-3 fatty acids19, Bacopa monnieri20 and curcumin21.

Despite these positive findings, there have been inconsistencies in study results, which may, when critically evaluated, help advance our understanding of the mechanisms of action of these ingredients.

The group will critically evaluate the findings in an attempt to provide guidance to industry, academia, regulatory authorities and policymakers as to which ingredients and combinations of ingredients have the most potential to deliver a cognitive benefit throughout adult life. Conclusions of this activity will also be very useful for a further activity, which could address the inconsistencies in existing studies to help provide a guidance document for future studies in this area.

ILSI Europe has published in 2003 a Guidance for the Safety Assessment of Botanicals and Botanical Preparations for Use in Food and Food Supplements. This report discusses the data required to determine the safe use of these types of ingredients, and provides advice on the development of risk assessment strategies consistent with due diligence under existing food regulations22.

Despite several reviews23 – 25 in the area of cognitive benefits of plant-based ingredients, which focus on specific compounds and/or ingredients, a collective review of these ingredients is missing. The main objective of this new ILSI Europe activity will thus be to produce such a systematic review. Systematic reviews are generally considered to provide the best evidence, as they are based on the findings of multiple studies that were identified in comprehensive, systematic literature searches. Featured Image Credit: Evidence Based Practice in Health via University of Canberra

The expert group, led by Dr. Caroline Saunders (Lucozade Ribena Suntory) and Prof. Keith Wesnes (Medical School, University of Exeter), and composed of other experts in biochemistry, neurology and nutrition, is currently reviewing the studies retrieved from searches of electronic bibliographic databases (PubMed and EMBASE). The search strategy included free text and MeSH cognitive terms, ingredient terms and database specific tags/filters to identify randomised control trials on healthy adult subjects of any gender, except where healthy subjects are compared to a diseased group.

Titles and abstracts of studies retrieved were screened by each expert using EndNote software. Inter-rater reliability has been assessed. Details extracted  as part of the review process include a reference to the study, what ingredient has been used, participant characteristics, study design and intervention, cognitive measure(s) employed, reported findings and data available within the paper (means, SD etc.). Each expert will assess risk of bias independently using ‘The Cochrane Collaboration’s tool for assessing risk of bias in randomised trials’26.

In respect of the intervention, the review will include details on the ingredients of interest that were administered and their effectiveness assessed using at least one objective measure of cognitive performance, without restrictions on the mode of delivery, length or administration of the intervention. As such, interventions can be either acute or chronic and can be delivered in any form e.g. liquid, gel capsule etc.

In summary, the project aims to provide a manuscript that gives a holistic overview in this area covering the following:

While the field is very fragmented and study results are often inconsistent due to a number of reasons (experimental design, dose, duration of intervention, pharmacokinetics of intervention constituents, baseline nutritional status, analysis of change from baseline vs. baseline adjustment etc.), if appropriate, we will conduct a meta-analysis to examine the effectiveness of the ingredients in facilitating cognitive performance based on intention to treat analysis. If this is not possible, we will carry out a narrative synthesis to summarise each ingredient’s effectiveness.

Findings of the review, expected in late 2017, will be disseminated by a peer-reviewed publication, and made available free of charge on ILSI Europe’s website.

For more information on this and other ILSI Europe task forces, click here…

…on behalf of the Expert Group on “Plant-based Ingredients and Cognitive Performance”.