In defence of sweeteners: The answer to a global sugar-intake pandemic?

Low-calorie sweeteners have been in use for an extensive period of time, are considered safe and can be used in various different ways. We hear the thoughts of two researchers from the University of Agriculture Faisalabad… 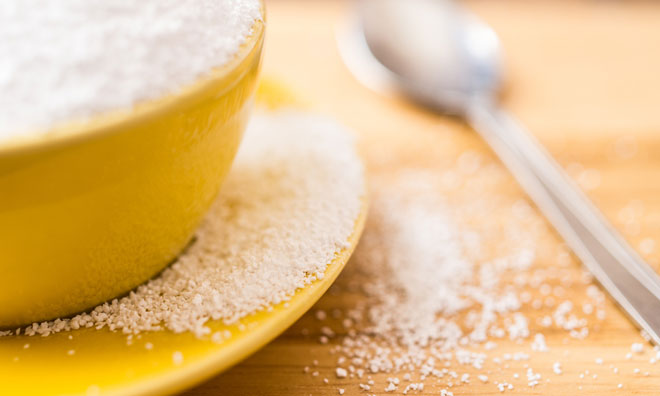 Low-calorie sweeteners have been in use for an extensive period of time, are considered non-toxic, safe and can be used in various different ways: from cold drinks to desserts to table-top flavourings and many more. Sugar substitutes are extensively reviewed and studied as a food commodity around the globe and therefore need protective requirements. Nowadays the trend is shifting towards low-calorie sweeteners. They are often used as a sugar substitutes and provide the satisfaction of having a sweet taste without a large intake of carbohydrates or calories. Some of the low-calorie sugar substitutes are nourishing and are sometimes called “intense sweeteners” due to their considerably low calorie content but high sugar content. The reason behind this? These low calorie sweeteners are much sweeter than sucrose. Many sweeteners low in nutrition are also considered as non-caloric because these are excreted out from the body without alteration. Recently, some of the low-calorie sweeteners such as like aspartame, acesulfame K, advantame, neotame, polyols, saccharin, stevia and sucralose are used in the United States.

These low calorie sweeteners are much sweeter than sucrose…

Among them, the U.S. Food and Drug Administration (FDA) has approved aspartame, acesulfame K, advantame, neotame, saccharin and sucralose. These low-calorie sweeteners like aspartame are nutritionally active and have less calories due to the intensity of their high intensity. Many non-nutritive sweeteners are non-caloric as they are passed through the body unaltered during metabolism such as saccharin. Currently, the available sugar substitutes in the United States which are considered low caloric include acesulfame potassium, saccharin, sucralose and aspartame.

Low caloric sweeteners play a large role in reducing or eliminating the calorie level in products such as yoghurt, low calorie beverages, sugar free bakery items etc… Moreover many low-calorie sweeteners do not have a negative impact on dental health. Many food companies use these low caloric sweeteners in diet drinks, bakery items, desserts, yoghurt, sweets and chewing gum; used on a regular basis in tea and coffee and crucially available in granular form and used as a sprinkler on cakes and cookies.

Before the approval of any food ingredient, its Acceptable Daily Intake (ADI) is checked and recommended by the U.S. Food and Drug Administration (FDA). This is the amount of an ingredient (mg/kg body weight) that a person can take daily without it having a negative effect on their health. Low-calorie sweeteners are currently taken at below the ADI.

The substituting of the caloric sucrose for a low-calorie sweetener should reduce for consumers the risk of type 2 diabetes and would certainly lead to improved health. According to the review published in Journal of the Academy of Nutrition and Dietetics in 2010, intake of low-calorie sweeteners does not affect levels of blood sugar in diabetes patients. The American Diabetes Association (ADA) and American Heart Association (AHA) in 2013 conducted four controlled trials at random that showed there to be no significant difference on standard measures of glycemic response found in low calorie sugar substitutes. The statement states that the “key strategy to attain glycemic control, is the checking of carbohydrate intake” which enables a decrease in the overall calorie intake.

Low-calorie sweeteners act as an alternate to sugars and do not effect blood glucose level.

Furthermore, pregnant women and children are able to take low calorie sugar substitutes in their foods and beverages from a health and safety point of view. Currently, the intake of low calorie sweeteners by children is below the Acceptable Daily Intake (ADI) for all approved low-calorie sweeteners. Pregnant women and children are not restricted to lowering their energy intake as the needs of their bodies are consistently high. They must therefore consult their healthcare provider and/or dietitian to provide them with a programme that would necessarily include low-calorie sweeteners but at the same time meet their nutrient goals.

One exception to point out with respect to low caloric sugar substitutes is regarding the hereditary condition phenylketonuria (PKU), which renders many unable to metabolise phenylalanine, a part of aspartame. A statement bearing a warning for PKU patients should be clearly mentioned on the label of products that contain aspartame. People suffering from diabetes must control the glucose level of the blood by continuous monitoring of consumption of sugars and carbs. Low-calorie sweeteners act as an alternate to sugars and do not effect blood glucose levels.

These low-calorie flavourings are carefully reviewed and tested by international regulators and scientific research centres in order to ensure that the security of foods is always considered.

We must conclude then that low-calorie sweeteners are more than safe for consumption as part of balance diet. It is recommended however that food and beverage manufacturers mention on the ingredients list label the presence of low caloric sugar substitutes.