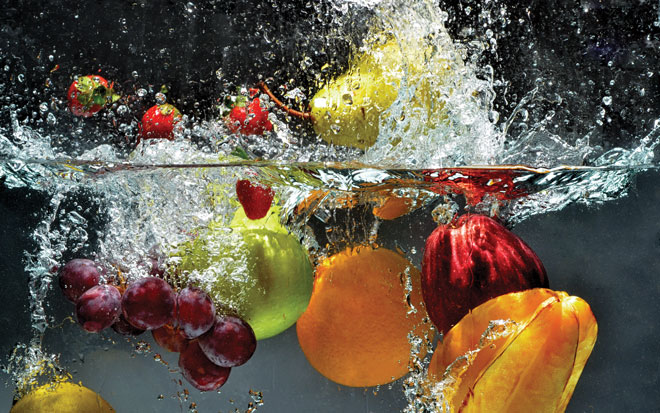 What is the new standard?

The one-part EN ISO 11133:2014, titled ‘Microbiology of food, animal feed and water – preparation, production, storage and performance testing of culture media’, was compiled by a joint ISO working group from food and water standardisation. It applies to culture media intended for the microbiological analysis of food for human consumption, animal feed, and samples from the manufacturing environment of such products, as well as water for consumption or use in food production. It covers all culture media formats, ranging from dehydrated and ready-to-use media for classical microbiological methods to media for alternative testing techniques.

What are the objectives of the standard?

There are two guiding principles in this standard: Media preparation and performance testing. For example, very practical guidance is provided for the testing of water quality for media preparation, pH adjustments, storage of prepared plates, tubes and bottles.

The second guiding principle is that performance testing conditions should resemble the intended sample testing conditions as closely as possible, leading to more accurate and meaningful results. As a consequence, culture media for quantitative testing must now be tested quantitatively, and those used in conjunction with membrane filters must be tested in combination with these filters.

Another objective is to specify the requirements in more detail and describe the practical aspects. Step-by-step instructions, complemented by flow charts, are provided for performing and evaluating performance tests. The standard contains comprehensive tables for the specifications for most culture media, not only for food but now for water microbiology as well.

What has been included in the new regulation?

In addition to the medium’s target microorganism and the relevant ISO standard, the tables mentioned above show each medium’s functions to be tested (productivity, selectivity, specificity), the appropriate control strains for these functions, including their World Data Centre for Microorganisms (WDCM) numbers, as well as the test criteria and/or characteristic reactions and other practical information. EN ISO 11133 now also contains hands-on, detailed instructions for the maintenance of microbial strains as well as the preparation and standardisation of working cultures and inoculation suspensions. The standard specifies the optimal number of colony forming units (cfu) per plate or membrane filter and describes how productivity ratios and limits are determined.

What does this change mean for labs?

An ever-increasing number of laboratories source their culture media from suppliers to simplify their workflows and ensure high quality and batch-to-batch consistency of the media they use. EN ISO 11133:2014 takes account of this development by stipulating requirements not only for laboratories that prepare their media in-house but also for manufacturers. So lab managers can now reliably assess which duties and responsibilities no longer apply when they decide to procure culture media. For labs that produce their own culture media, it is usually sufficient to test each batch with a single test strain named in the standard, whereas manufacturers are expected to perform tests using several microorganisms.

Are extensive tests required by all labs?

For all ISO 11133:2014 compliant culture media they provide, suppliers need to conduct rigorous qualitative and/or quantitative testing. However, ready-to-use media allow laboratories to rely on the performance tests that the manufacturer conducts as long as the transport conditions are observed and the manufacturer’s QC test is performed according to the requirements of EN ISO 11133. The end user needs to make sure that testing was performed according to the requirements of the standard. A supporting document that the manufacturer provides to the end user is the quality control certificate. It discloses the test organisms used, the inoculation levels, the acceptance criteria of the performance tests and the test results. A pre-condition for this ‘outsourcing’ of QC is that the supplier must have an appropriate quality system such as ISO 9001 in place. However, several countries (e.g. Germany) are requesting from 2017 the superior ISO/IEC 17025 accreditation for the supplier QC labs to allow this outsourcing of QC.

How is MilliporeSigma fulfilling this new regulation with their culture media?

MilliporeSigma has recently updated all the requirements that the new EN ISO 11133:2014 demands of its product portfolio. Both MilliporeSigma’s QC labs in Germany are now ISO/IEC 17025 accredited for performance testing of dehydrated and ready-to-use media listed in ISO 11133:2014. Newly introduced by MilliporeSigma are the brand names GranuCultTM (for granulated media) and ReadyTubeTM and ReadyPlateTM (for ready-to-use media). These new and the existing brands Readybag® and Chromocult® are used for culture media listed in major regulatory standards (e.g. ISO, FDA-BAM) to enable immediate recognition of regulatory compliance. MilliporeSigma is also trendsetting providing customers with a full compliance documentation.