David Green dispels some long-held myths about the standard of US animal welfare and explains why well-looked after farm animals are good for everyone. 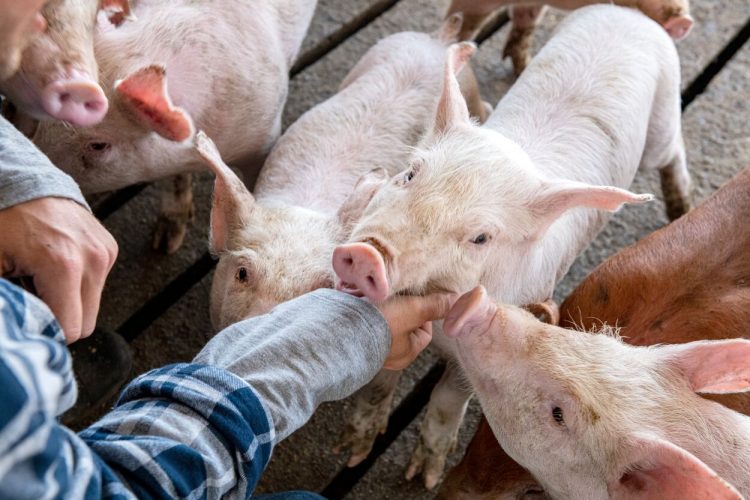 If there is one food production issue that almost guarantees diverging even hostile views among consumers, suppliers, policymakers and farmers, it is animal welfare. Over the years, farm animal welfare has moved from concerns about breeding, housing, health and management to encompass animal behaviour, nutrition, social science and ethical considerations, and increasingly, how to sustainably meet the growing world demand for protein.

Animal welfare is not easy to define. There is no single standard and the concept is open to many different interpretations depending on preferences and values. Put simply, animal welfare is about ensuring that animals are treated and cared for humanely.

Legislation on animal welfare can help, but regulations often set minimum standards or a one-size-fits-all approach that does not always account for different management practices, cultural or geographic aspects. A non-regulatory approach can be achieved through acceptable voluntary production standards and accreditation schemes set by industry sectors including retailers. Such voluntary standards that respond to commercial requirements and best practices often go well beyond established regulations to introduce strong animal welfare components.

As far as livestock farmers are concerned, animal welfare, sustainability and profitability are the foundations of a successful operation. Farmers know their animals, notice how they behave, care for them and, of course, make a living from them. A well-treated animal will be healthier and perform better, which helps to improve the quality and safety of their meat while also lessening production costs. As such, it is in any farmer’s economic interests to look after the behavioural welfare of their animals.

Animal welfare is an important issue for several countries in the European Union, particularly the Nordic regions, as well as in the UK. Invariably, discussion on the topic raises the divergent approaches between Europe and the US. EU commentators often perceive there to be a lack of any federal legislation and policies in the US; however, the reality is that there are laws in place (some that were first introduced in the 1890s) to protect the wellbeing of farm animals.

All farm and production animals are federally protected under the 1958 Humane Slaughter Act during transport and at processing facilities, and many states and municipalities have enacted laws to ensure that production and farm animals have a higher quality of life than their predecessors.

US producers can also enrol in voluntary programmes – which the majority do – to ensure they are raising their animals in the right way and improving on standards. As Cheyenne McEndaffer, Senior Director for Export Services at the US Meat Export Federation explained: “On the farm side, producers can opt for both individual and site certifications under voluntary programmes called the Beef Quality Assurance and Pork Quality Assurance Plus. Participation in both programmes is more than 85 percent, driven by several factors including producers’ drive for continuous improvement, not least to ensure that there will be a sustainable farm or livestock operation to pass on to the next generation.” 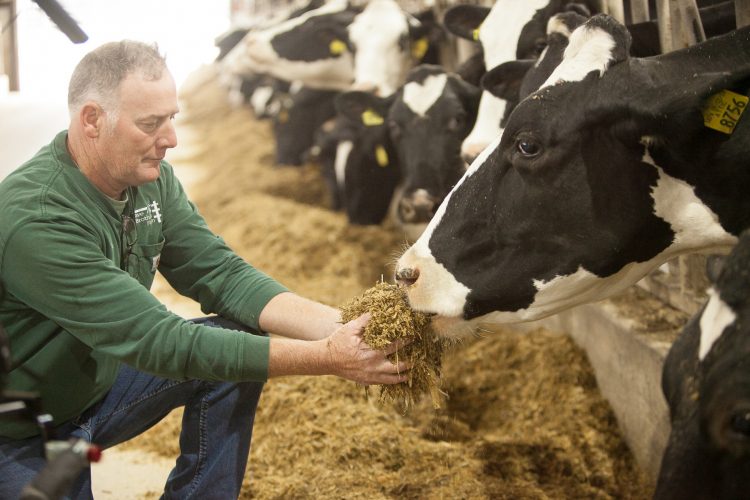 Drivers of animal welfare and solutions

In the past decade, on-farm innovation and progress on animal welfare and sustainability practices in the US have skyrocketed in importance to both producers and consumers. US farmers and their relevant industry associations invest millions of dollars yearly into research that is aimed at improving not only productivity (as in previous decades) but also the psychological and behavioural welfare of their animals.

“Most people don’t realise that farmers naturally bond with the animals they care for and invest thousands of dollars in each one of them. From an economic, business, and emotional perspective, it is in a farmer’s interest to keep animal welfare on top of their priorities,” said Dr Lee, Director of Animal Care and Compliance at Clemens Food Group based in Michigan, US.

Dr Lee points out that in the US, internal and third-party audits are common for livestock producers supplying food processors like Clemens. Such audits also provide a check to ensure that high voluntary standards in the industry are not diluted over time. In cases where results from an audit fall short of ideal, but there is room for improvement, suppliers and producers come together to find solutions rather than severing the commercial relationship. “Basically, the idea is to make sure animals are well cared for and healthy so that they can produce healthy, safe, wholesome food for their customers,” said Dr Lee.

US livestock and dairy producers use the latest technologies to create environments where their animals feel comfortable, content, and stress-free. For example, rumination devices, nutrition monitoring systems, waterbed mattresses, fans so cows can cool down, robotic systems to relieve animals from the pressure of the milk (and reduce potential infections), and shade systems all play their part.

The US think-tank Council for Agricultural Science and Technology concluded in its report on Scientific, Ethical, and Economic Aspects of Farm Animal Welfare that consumers, scientists, animal industry stakeholders and policymakers needed access to current agricultural animal welfare information to help in their decision-making. It stated that: “In addition to translating scientific knowledge, com­munications should incorporate economic, social, and ethi­cal implications of new discoveries or applications of animal welfare science.”

For Tina Hinchley, a dairy farmer from Cambridge, Wisconsin, hosting farm tours is her way of communicating and demonstrating first-hand that what she is doing on her farm is what is best for her cows, as well as being open and transparent about how she farms. “It tends to be an eye-opening experience for many of the folks who come to our farm when they see how well we look after our animals,” she said.

Farmers everywhere know that it is on them to ensure the next generation can continue to preserve the land, grow crops and raise animals in a safe and sustainable environment. Farmers need to continue managing their animals, herds and flocks to the highest standards, whether regulated or not, to prevent disease outbreaks and minimise risks to their animals and themselves.

In Hinchley’s words: “Every dairy farmer is a hardworking individual that cares passionately about their animals, the land and everything that’s happening on their farm. It’s farmers that feed the world, and they love what they do.”

David Green has been involved in international issues management in the agriculture and food sectors for more than 30 years. He currently serves as Executive Director of the U.S. Sustainability Alliance, a non-profit organisation representing 21 US farm, fishery, and forestry associations that share a commitment to sustainable practices.

David began his career in Northern Ireland where he ran his own beef and pig farm. He subsequently joined Europe’s largest farming magazine in London where he became news editor and also served as Vice President of EuroFarm, an association of European agricultural journalists. 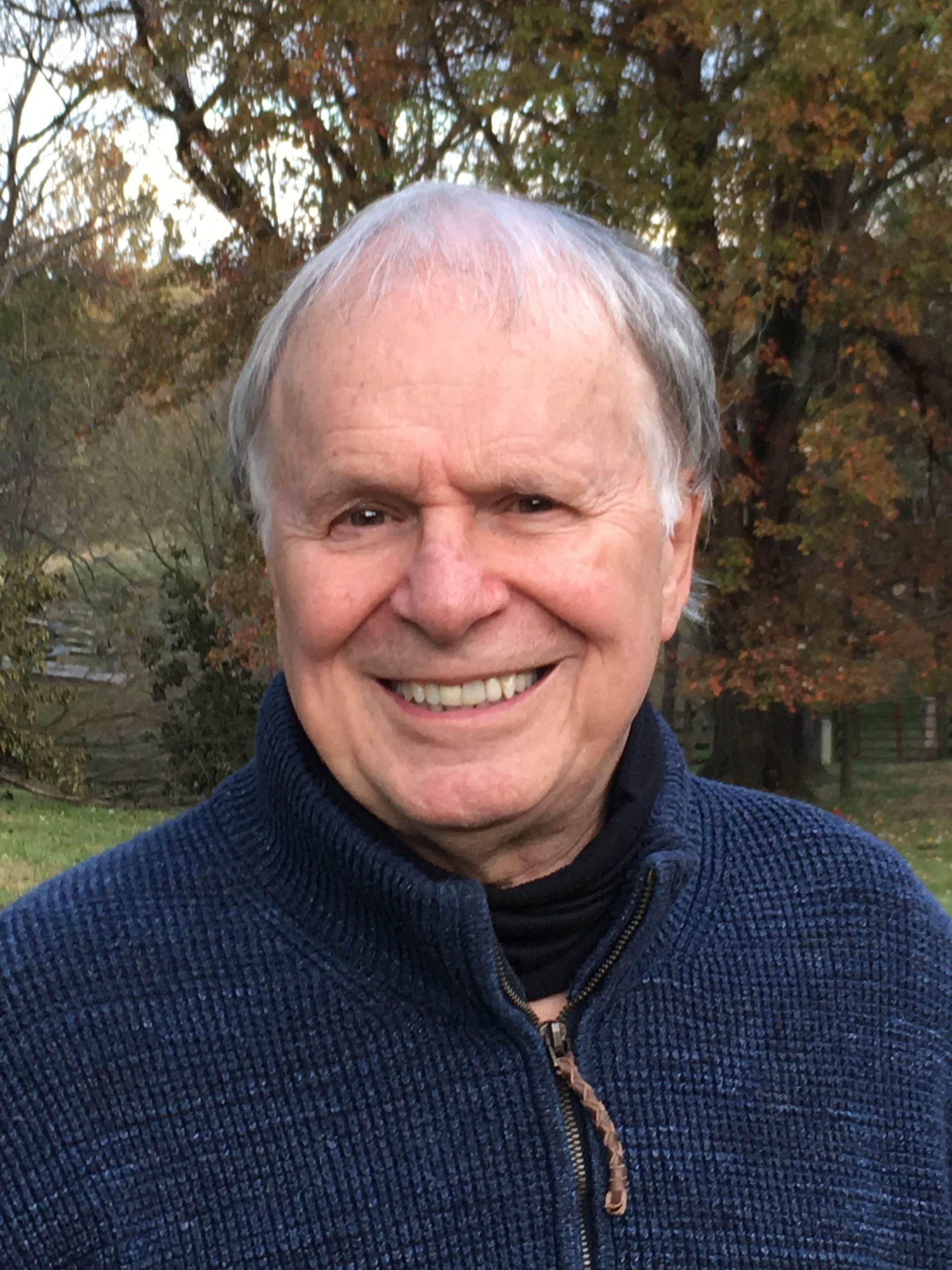