Bethan Grylls finds out why hemp may hold some of the answers to our climate change woes in an interview with HempFlax’s CEO, Mark Reinders. 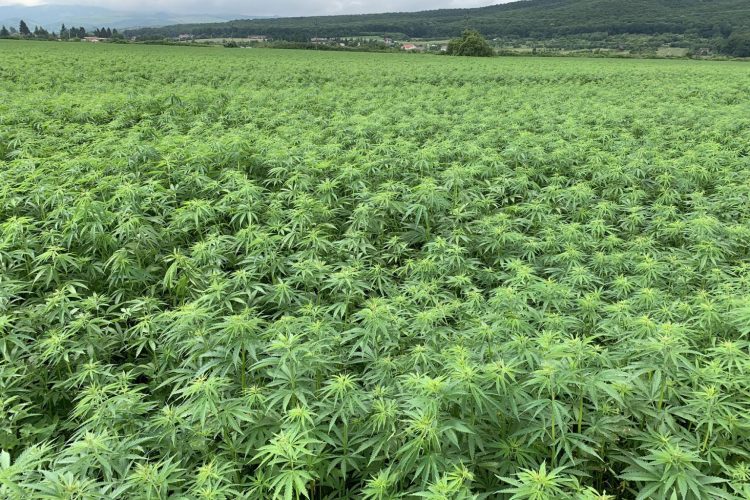 In 2019 the United Nations General Assembly warned that we have just 11 years to prevent irreversible damage from climate change.1 That leaves us just nine years, so promoting regenerative farming practices and sustainable crops is a vital move – and with a little help from hemp, we may be onto a winner.

A recent interview with HempFlax’s CEO Mark Reinders gleaned fascinating insights into the hemp growing process and what makes it such a sustainable crop.

What’s so great about hemp?

Hemp is one of the most versatile crops in the world, according to Reinders. It can be used to make cotton, paper, animal bedding, construction materials, and is a sought-after food commodity – high in both protein and fibre.

“I like to describe HempFlax as an upside-down factory,” commented Reinders. “If you visit an automotive factory, you see thousands of parts coming together to create a single product. We’re the other way round; we have one raw material from which we can create a multitude of products.”

Reinders’ passion for hemp began at a young age, when he realised the crop’s weed-resistant abilities. “My father was one of HempFlax’s original farmers. I used to help him on the farm and I loved the fact I didn’t have to spend time during my holidays removing the weeds as with the other crops. Because it grows so quickly and it’s so resilient, it can out compete any other crop.”

For every tonne of hemp produced, 1.63 tonnes of carbon is removed from the air.

Reinders became interested in what happened to the hemp his father grew after it left their farm, and soon pursued an internship at HempFlax. However, it wasn’t until a brief stint at a landfill site that he truly appreciated the plant’s regenerative properties.

“I learned so much about the waste we humans produce,” he explained. “Although recycling is a very good activity, I knew we needed to be looking at preventative approaches.”

In 2008, he rejoined HempFlax as an official employee, with ambitions to promote sustainable farming practices.

Alongside its weed resistant qualities, Reinders explained that this robust crop was also impervious to pests. “It’s not sensitive to fungi or insects, so there’s no need to use pesticides. And because it’s such a prolific grower, if a grasshopper does eat a leaf, it’s not a problem because we’ll have four or five new plants by the next day.”

There has been much debate over pesticide use in recent years. It’s a crucial tool in farming, but if used incorrectly has the potential to be harmful to humans, animals and other living organisms. So a crop which does not necessitate pesticide use is extremely desirable, both in terms of savings on labour and product costs, as well as being kinder to the environment.

Moreover, hemp is more effective than trees at capturing carbon dioxide. For every tonne of hemp produced, 1.63 tonnes of carbon is removed from the air.2 Couple this with the fact that hemp enriches the soil and it’s the regenerative farmer’s dream. It’s therefore unsurprising that HempFlax refers to it as the “miracle plant”.

How is hemp grown?

HempFlax has three factories – in The Netherlands, Romania and Germany – and for logistical reasons, it grows the crops within a 50km radius of its sites.

“Once the seed has been sowed, you don’t really have to do anything. It grows around 4cm each day. The sowing is akin to any kind of traditional technique; it’s the harvesting that is the tricky part,” explained Reinders.

“In Romania we oversee the whole process – it’s our own farming operation – but in The Netherlands it’s contract growing. We believe quality starts in the field, and this is why we insist on harvesting the crop ourselves on both sites.” 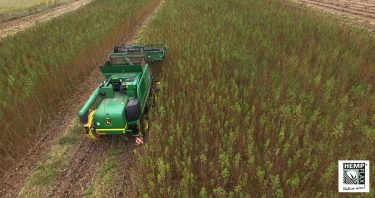 He explained that specialised equipment is necessary for the harvesting due to the crop’s sheer strength. “By carrying out the harvest ourselves, with our own equipment and under our own management, we can determine the quality of the end products. This is because the drying and retting period greatly influences the hemp’s quality.”

With other markets such as CBD opening up, Reinders added that the harvesting process has become tricker due to the need to separate different parts of the plant. As a result, HempFlax has developed a dedicated tool to divide each section of the plant needed for each commodity. “In partnership with John Deere, we created an attachment that can be connected onto its traditional combines. This tool cuts the stalk and the top of the flower of the hemp simultaneously; we call it the double-cut combine,” he said. “The upper header cuts the part where the seeds, flowers and leaves grow, while the lower part chops the stalks into 60cm segments, which it places back onto the fields for drying and retting.

“Inside the combine, the leaves and the seeds are separated, with the seeds stored in the traditional grain tank of the combine and the leaves transported via a conveyor belt into a specially developed trailer on the back. This is so it can be unloaded into containers and transported to a drying facility. It’s critical that the product is dried as soon as possible to prevent deterioration and that it is not tossed on the ground.”

Reinders added that food safety is of utmost importance here. “Our trailers have been developed in such a way that the leaves do not touch the soil. The device has been so successful that, alongside our own, we have sold 15 units worldwide.”

The different parts of the crop also thrive in different weather conditions; for example, if you want to use the seeds and fibre Reinders suggests a warmer climate. The variety of hemp also has an impact on growth, with each type reacting to daylight in numerous ways. “Hemp is a daylight flowerer but some varieties react to it more than others. Our flowers in Romania start blooming in July, but in The Netherlands it’s about a month later.”

However, despite hemp being a great battle tool in the fight against climate change, unfortunately, the increasingly extreme weather conditions we are experiencing are making harvesting more difficult. “In the growing season you ideally want rainy weather and the harvesting season a drier climate. Sadly, it seems to be the other way around right now: we’ve had four years of consecutive droughts in the spring.

“The harvesting period is becoming shorter due to these conditions and we are having to compensate for it by investing in more equipment.”

We are in a race against time, which involves prioritising techniques and products which both alleviate the impacts of climate change – such as growing plants with carbon sequestration capabilities like hemp – and, equally important, don’t make the situation worse.

HempFlax is currently doing some interesting research in the plant-based arena – a category experiencing an influx of innovators in a bid to be more sustainable. “We are combining hemp protein with proteins from starch in an effort to create a new ingredient for meat replacements,” Reinders said. “As an ingredient, hemp has evolved from one that could only be found in health food shops to a regular on the supermarkets shelves and I can only foresee the market becoming more mainstream. In terms of the plant-based movement, I envision hemp protein having a big role to play.”

Hemp certainly seems to have a lot going for it – watch this space.

Mark is the CEO of HempFlax, Europe’s largest independent hemp grower and processor. Mark has been at HempFlax since 2008 and was appointed CEO in 2016. HempFlax has operations across Europe, with over 2,400 hectares of hemp expected to be harvested in 2020.

Raised in a farming family, Mark holds bachelor’s degrees in agribusiness and crop production from Het Van Hall Instituut and a Master of Science degree in management from Nyenrode University.

From 2016 to 2019, Mark served as president of the European Industrial Hemp Association, Europe’s foremost coalition of the industrial hemp-processing industry. He continues to sit on its board of directors today.