Benchtop NMR analysis and the future

Kevin Nott from Oxford Instruments and Tim Lumb from ALS Global shared their expertise on the current and future use of time domain (TD) NMR and benchtop NMR spectroscopy for measuring food composition and authenticity. 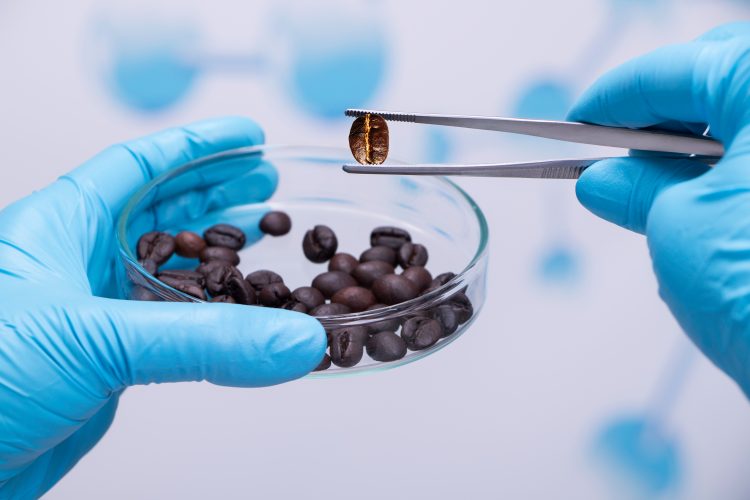 New Food was recently joined by Kevin Nott, Oxford Instruments, and Tim Lumb, ALS, for an engaging webinar which explored the current and future use of time domain (TD) NMR and benchtop NMR spectroscopy. Here we recap the highlights…

Benchtop NMR has been associated with what are commonly known as TD-NMR analysers for many decades. Fat analysis by TD-NMR is now standard in testing laboratories across Europe and is increasing in popularity in the rest of the world.

Many foods such as meat, fish, dairy and processed foods must be dried before TD-NMR measurement either in batches overnight in an oven, or one at a time in a microwave. Each instrument must also be calibrated, either by the manufacturer or user prior to measurement, which typically takes less than 20 seconds. The primary advantages of using TD-NMR include fast and increased throughput, increased precision and reduced cost compared to extraction methods.

TD-NMR can also be used to measure solid fat content of edible oils/fats used in the margarine/spreads, bakery and confectionary industries.

From nutritional analysis to authentication

Despite being around for only 10 years, benchtop NMR spectroscopy is now a relatively mature field. The powerful combination of improved magnet design, modern electronics and computing has led to the development of industrial applications, particularly in the food sector.

In contrast to TD-NMR, benchtop NMR spectroscopy can resolve chemical information such as the functional groups1 which allow quantification of the mono-unsaturated, poly-unsaturated, saturated and omega-3 fatty acids.2 It may also be possible to characterise, possibly quantify other fat-soluble compounds (sterols, stanols, cholesterol). For example, it has been shown that 16-O-methylcafestol can be used as a marker for Robusta coffee which is often used to adulterate Arabica coffee.3,4

Spectra from herbs and spices exhibit essential fatty compounds which relate to flavour and smell. For example, oregano exhibits distinct peaks in the aromatic, amides and phenolic regions, whereas cumin exhibits peaks in the aldehyde region. Therefore, it should be possible to use these characteristics to detect fraud.

Beyond fat analysis, revealing the future

The water signal is incredibly useful for TD-NMR research given that it is sensitive to its physical and chemical environment in foods. However, it tends to dominate NMR spectra of many samples, therefore hiding the small metabolite signals which could act as markers for authentication. Fortunately, solvent suppression NMR methods can remove water, leaving signals from sugars, acids and proteins, which is of interest when analysing samples such as honey – commonly measured at high field. However, using benchtop NMR as a screening method allows a greater number of samples to be analysed in a standard food testing laboratory at lower cost.