New production methods show great promise that the taste and texture of vegan ice cream can be further improved. 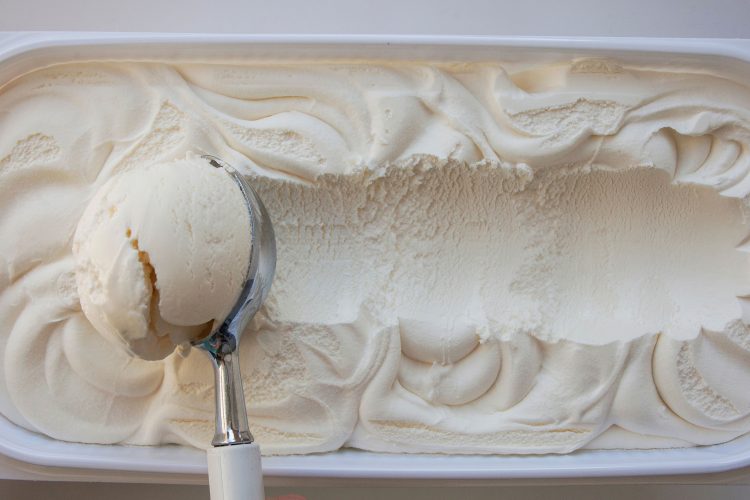 The momentum for vegan products has not yet slowed, but arguably one of the biggest constraints is mimicking tastes and textures that their traditional counterparts are known and loved for.

With the goal of creating a foamed, vegan ice cream with improved texture and melting behaviour and no additional additives, a collaborative project between Kinematica and Zurich University of Applied Sciences (ZHAW) has achieved positive results: a vegan ice cream with smaller bubble sizes and increased creaminess.

Traditionally in ice cream, a pre-mix is formed, which is then frozen and aerated. The size of the ice crystals should be as small as possible to avoid a sandy texture. Fat droplets mainly determine the melting behaviour and the shape retention of the ice cream. Incorporation of the air helps to increase creaminess and mouthfeel.

For this study, ice cream was selectively foamed in the manufacturing process using two of Kinematica’s technologies: a rotor/stator and membrane technology.

The rotor allows the controlled and precise foaming of foods such as cheese, spreads, caramel, and desserts, to name a few. Due to its special design, the membrane technology produces foams very gently, enabling the processing of sensitive components such as water crystals in ice cream and fat crystals in chocolate products.

Using the rotor/stator technology, the gas content was increased by 40 percent, compared to conventional reference processes, and achieved a simultaneous and significant reduction in bubble size.

By producing small, homogenously sized air bubbles the team was able to influence the stability during melting, leading to a creamier texture. The size of the bubbles is very important; gas bubbles form a fine micro-structure that is destroyed by the mechanical stress between the palate and the tongue (for example, when we lick ice cream). If you have a regular and sufficiently small bubble structure, this destruction of the gas bubbles feels homogeneous and is perceived as creamier.

As part of the study, the team conducted taste tastes, which also revealed that the new vegan ice cream had a richer body, a longer lasting mouthfeel and was generally creamier.

Why is creamy vegan ice cream such a challenge?

Ice cream has a long history and techniques for dairy ice cream have, as such, been perfected, while vegan ice cream-making is a lot newer.

Changing the fat (from milk) and the protein (from whey/milk) can drastically alter the stabilisation, shape retention and the melting behaviour – and, in general, the whole micro-structure.

Vegan products are very trendy, but consumers are demanding to have similar experiences with their alternatives to that of their non-vegan equivalents.

We’re also seeing a push for naturally-derived products – an area in which the non-vegan market has progressed significantly, while the vegan market has not. Consequently, the team had these two aspects in mind when starting the project.

The project is not over yet

Promising results were also obtained with the membrane technology. All the samples had a softer texture – and for some, the reduction in hardness was significant. This helped to create a creamier, less sandy mouthfeel, and a longer and richer flavour.

The results are now being further evaluated and additional testing will be conducted. The team considers this a huge step forward and is optimistic that vegan ice cream will soon be deemed a worthy competitor to non-vegan ice cream. 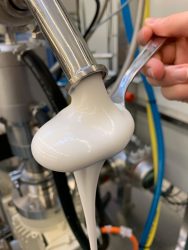 The project team is looking for companies that are interested in using this method on their own products in a series of trials, and it is also intending to extend the study to sorbet ice cream.

“We have already achieved promising results in the laboratory and gained important insights. Now our goal is also to test this with companies and their products, which are intended for the broader market,” a spokesperson told New Food.

Although sorbet is dairy-free, there are a lot of flavours, like dark chocolate, which have a high fat content that leads to a harder texture (because the fat is solid at low temperatures). A controlled foamy structure with evenly distributed small gas bubbles would contribute to a creamy texture and reduce overall hardness. In addition, the team believes that by using this technology, no additional additives will be needed. New processes usually result in alterations to recipes, so developing methods which can enhance texture and taste without making changes to recipes is a big future focus for the team.