Innovation for the production of bakery products

Clelia Covino, PhD student of Food Science at the Agriculture University of Naples Federico II, explores how enzymes can be leveraged to further innovation in the bakery sector. 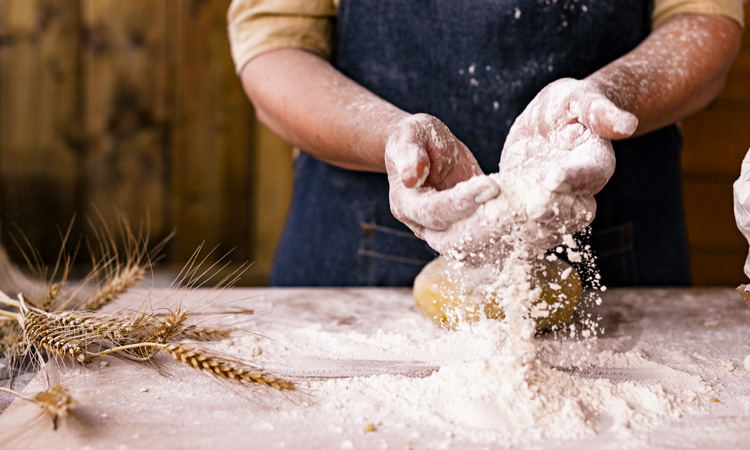 Nowadays, consumers’ food needs and preferences have changed substantially. In order to have healthier and fibre-rich foods, the industry is moving towards the production of foods with a limited use of chemicals. Enzymes are used as adjuvants/additives, which added to flour maintain the high quality of bakery products.

Wheat flour is a complex and continuous network of gluten proteins in which starch molecules are incorporated into the dough. In the wheat grain, in addition to gluten, there are other proteins that are very important from a technological point of view: the enzymes. These are soluble proteins that represent 10 percent of the protein content of flour and are concentrated in the outer regions of the grain (germ and aleuronic layer).

Enzymes are catalysts of a specified reaction, i.e. they are substances capable of causing a series of reactions to occur. The enzyme interacts with the substrate, joins it thanks to its active site and, once the reaction has taken place, moves away, remaining available to start a new one. The reaction rate is not determined by the concentration of the substrate but by the optimal environmental conditions for the enzyme to function (temperature, pH, presence of salt particles).1 The enzymes present in the caryopsis have the purpose of demolishing the reserve substances at the moment of germination and carry out mainly hydrolytic breaking activity: among the most important are amylases, xylanases, proteases and lipases.

Addition of enzymes in flours

The use of enzymes in biotechnological processes is part of a long tradition. Today, enzymes play a central role in food technology, so much so that the applications of enzymes in bakery products are growing at an increasingly rapid rate. The enzymatic treatment of wheat flour is an interesting alternative to generate changes in the dough structure and, consequently, to improve the functional properties of the flour.

Enzymes can be added in flours to improve the technological properties, so they are recognised as safe and do not remain active in the final product after cooking. In fact, they can be easily inactivated by the time-temperature treatment of cooking. Therefore, enzymes do not have to be labelled and this represents a commercial advantage.2 However, in this way the consumer thinks about buying non-additive flour, but in reality this is not the case.

Some enzymes are added to exploit their bleaching effect, as the addition of chemical bleaching agents is banned in the EU.

Art. 20 of Reg. (EU) n°1169/2011, combined with art.3 Reg. (EC) n°1333/2008 give the opportunity to modify the flours by adding, in some cases without concentration limit, voluntary additives such as dry gluten, phosphoric acid, L-cysteine, ascorbic acid, silicon dioxide and also enzymes. Therefore for enzymes there is no obligation to specify on the label concentration, specific nomenclature, specificity of action, allowing the use of a wide range of endogenous biological catalysts belonging to the generic classification of hydrolase and oxidoriduttase (transglutaminase, protease, alpha and beta amylase, cellulase, xylanase, pentosanase, glucose oxidase etc.) used as they are or in appropriate synergy.

Proteases are used on a large industrial scale for the production of bread, bakery products, crackers and wafers. These enzymes act on the peptide bonds of proteins and can be added to reduce mixing time, to decrease dough consistency, to ensure dough uniformity, to regulate gluten strength, to control consistency and to improve the taste of baked foods.

Moreover, proteases have largely replaced bisulphite, which was previously used to control the consistency of the dough by reducing the disulphide bonds of proteins. Therefore, adding protease to the dough would lead to changes in the dough handling properties, gluten elasticity and consistency leading to shorter kneading time and increased loaf volume.3 The addition of transglutaminase alone significantly reduces the specific volume of the loaf; it provides a finer structure to the crumb and strengthens the gluten by cross-linking.4

The action of amylase is to catalyse the hydrolysis of alpha-1,4-glycosidic bonds in starch molecules (amylose and amylopectin), forming maltodextrins and oligosaccharides. The amylolytic activity of the flour influences the quality of the baked foods, in fact if this value is too low, the final product will have a reduced volume of the loaf, crust and dry crumb, while if the amylolytic activity is too high it will have a low volume, dark, sticky crust and crumb and large holes inside.5

Enzymes do not have to be labelled and this represents a commercial advantage.

Xylanase is a hydrolase which is able to hydrolyse water-soluble arabinoxylans to reduce the molecular weight fractions that have a positive effect on the expansion capacity, specific volume and consistency of the final product. It can be used to accelerate the baking of bread and other foods.6 At optimal dosage, xylanases can improve the kneading of the dough, loaf volume, dough stability, crumb structure and shelf life. As a result of the hydrolytic action of xylanases, free sugars such as pentoses can be released, which can be used by microorganisms for fermentation.

In addition, xyloligosaccharides released by endoxylanase may form healthier foods. The health effects of xyloligosaccharides are mainly related to their effect on gastrointestinal flora. Cellulose belongs to the family of glycosidic hydrolases, capable of catalysing the hydrolysis of (1,4)-beta-D-glucosidic bonds in cellulose and other beta-D-glucans. Thanks to their particular mechanism of action, these enzymes can produce positive effects during baking, such as the rheological behaviour of the dough and the quality of the final products.2

Enzymes act on the peptide bonds of proteins and can be added to reduce mixing time, to decrease dough consistency, to ensure dough uniformity, to regulate gluten strength, to control consistency and to improve the taste of baked foods.

Furthermore, enzymes can be used in the food industry to reduce the enzymatic browning of polyphenol oxidase and peroxidase which catalyse the oxidation of phenolic compounds leading to the formation of dark pigments. Some enzymes are added to exploit their bleaching effect, as the addition of chemical bleaching agents is banned in the EU. Glucose-oxidase has been studied because it increases the whitening of the dough as it is able to degrade beta-carotene. In addition, it catalyses the cross-linking formation of dithyrosine and the gelatinisation of water-soluble pentosanes, thereby increasing the toughness and elasticity of the dough with a decrease in extensibility.7

The above mentioned measures therefore lead to baked products with improved sensory characteristics, flavour, greater sensation of softness and reduced chewability. In this way, synergistic factors such as xylanase and lipase, xylanase and transglutaminase, alpha-amylase and xylanase, alpha-amylase and transglutaminase, glucose-oxidase and lipase, fungal alpha-amylase and glucose-oxidase, etc., amplify the biochemical action of the single organic catalysts significantly improving the rheological, conservative and sensorial properties of the obtained products.

Flours used for the production of bakery products contain endogenous enzymes and are further enriched with enzymes improving process performance. In addition, the synergistic effect of combinations of these enzymes on the dough improves the final product.

Clelia Covino is a PhD student of Food Science at the Agriculture University of Naples, Federico II (Italy). In 2016, she completed her degree in Food Science and Technology at the same University. Clelia attended the Erasmus project for her Master thesis on ‘Polyphenoloxidase from Lactuca Sativa (var. iceberg): characterisation and application in enzymatic biosensors for the detection of catechols’ at the Laboratory of Analytical Chemistry in Madrid Complutense University (Spain). 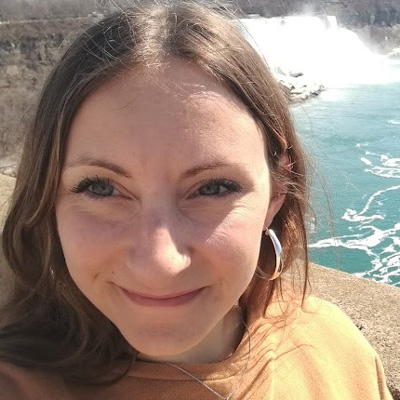