In a recent webinar hosted by New Food in association with PerkinElmer, Ben Armstrong of Juniper Analytics outlined the current testing methods and resources available to support new users of cannabis and CBD edibles. 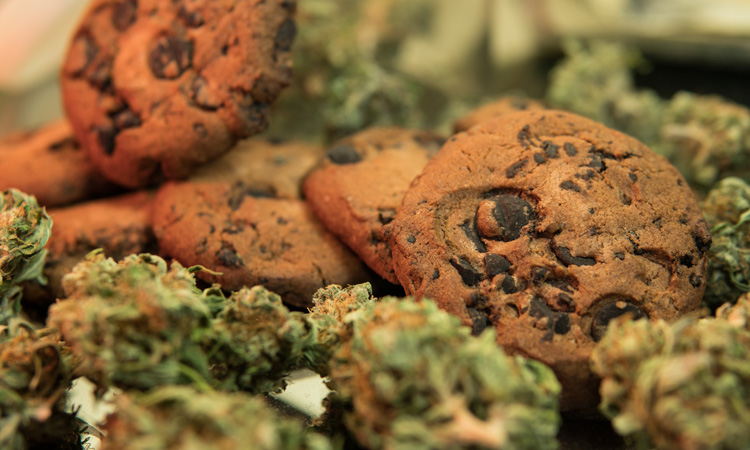 With the passing of the 2018 Farm Bill, the US federal government legalised hemp and hemp-derived products. Coupled with the expanding legalisation of recreational cannabis, there is now an abundance of cannabis and CBD edibles in the marketplace.

Dr Ben Armstrong, Laboratory Director at Juniper Analytics, recently led a webinar in association with PerkinElmer, that detailed the differences and similarities in hemp and recreational cannabis products. He also explained the current testing methods available for these products. Below, he answers five key questions which arose during the session.

Are terpenes levels tested and do they really impact the effects of edibles?

Yes, although it is not a compliance requirement in every state, many producers have analytical labs perform terpene profiling on their edible products. There is substantial evidence that terpenes do influence the effects you experience when consuming edibles. It is believed this is due to the entourage effect, a proposed mechanism by which many of the compounds inhaled or ingested from cannabis interact to influence the psychoactive response in a consumer. However, this area really needs more research as much of that evidence is anecdotal.

What is the difference between consuming edibles vs. other forms of cannabis consumption?

Edibles will take significantly longer to feel effects, usually between 45 minutes to two hours. Inhaling cannabis through smoking or vaping will result in a much faster onset (within minutes), but the peak will also come much quicker.

Edibles are processed through your digestive system, and while they both result in the same metabolite that provides psychotropic effects, edibles will last longer. The ‘high’ from THC edibles is also usually more of a full body feeling vs. smoking, which is often more cerebral.

Application of Instrumental Texture Analysis Within The Food Industry

What are the testing requirements for cannabis and CBD edibles?

Recreational cannabis is regulated at the state level and each state has set its own standards for compliance testing of recreational cannabis edibles. While they are different from state to state, most require potency testing for THC and CBD levels, as well as analysis of pesticide residues, residual solvents, heavy metals, and microbial impurities.

Importantly, at the federal level, the only testing requirement for hemp-derived CBD edibles is to meet the specified level of less than 0.3 percent THC.

Why do the effects of edibles vary from person to person?

This is something the scientific community is actively working to understand. In short, all cannabinoids interact with our CB1 and CB2 receptors (endocannabinoid system), but they have also been implicated to bind or influence binding at many other receptors too. Each person’s metabolism and bio-make up are distinct, and because of that, each person may have a different experience.

What are the key differences and similarities between hemp and recreational cannabis?

Recreational cannabis and hemp are both part of the cannabis family. While recreational cannabis is characterised by high THC content, hemp is legally defined as a strain of cannabis that contains less than 0.3 percent THC. Both plants also produce many minor cannabinoids, such as CBN, CBG, and CBC, as well as terpenes and flavonoids.