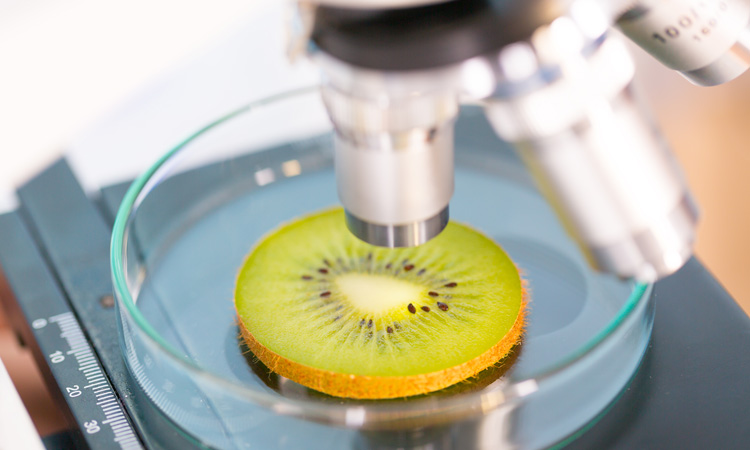 When chemistry laboratories receive food samples for vitamin testing, key information must also be relayed to assure the correct analytical method is used to obtain accurate and meaningful results. This information includes details on the vitamin sources (especially natural and fortifying forms), knowledge of the type of food being tested (this affects sample handling), and how the data will be used (for regulatory and labelling justifications, product development, quality checks, etc).

Knowing the form(s) of the vitamin in a food is critical to ensure the correct sample preparation and measurement techniques are used; this is because vitamins can exist in multiple forms, as shown in Table 1.

Laboratory methods are developed to either measure specific targeted forms of the vitamins listed in Table 1, or to measure a combination of some, or all, of the forms. Sometimes, multiple analytical methods are needed to include all forms in the reported total amount of that vitamin in the food. The most common technologies to measure vitamins in foods are described in Table 2.

To calculate the vitamin level in DFE units with the microvitamin method requires additional data on how the food was produced at the production site.

As an example of how vitamin forms affect method selection, let’s look at vitamin B9. Vitamin B9, also called folic acid, comprises multiple naturally occurring forms (folates) and a man-made fortifying form (folic acid). These two forms have different activities in the human body.1 The new 2020 US regulation,1 along with existing European Union regulations,2 requires the declared amount of vitamin B9 to account for these different activities by listing the vitamin in units of Dietary Folate Equivalents (DFE). For foods containing significant amounts of both the naturally- and man-made forms, the amount of each is needed to calculate the declared amount in DFE units on nutritional facts panels. The commonly used microvitamin method measures only the total amount of the vitamin (ie, folates and folic acid combined) in units of μg folic acid/serving.

To calculate the vitamin level in DFE units with the microvitamin method requires additional data on how the food was produced at the production site. A newer and better option is AOAC International approved Final Action method3 2011.06, where Liquid Chromatography Mass Spectrometry (LC-MS/MS) individually measures the amount of folic acid and the amount of folates. CODEX Alimentarius recently recognised this as the base method for infant formula because this is the only approved analytical method that directly measures vitamin B9 in the required DFE units.4

Another example of multiple vitamin forms being impacted by regulations – and which prompted laboratory method advancements – involves vitamin A. In the US, prior to 2020, the nutritional facts panel listed vitamin A as the sum of vitamin A retinol and beta-carotene expressed in International Units (IU/serving).1 As these two forms of declarable vitamin A must be separately measured using different analytical methods (the vitamins require their own chromatographic conditions), the lab must know if one or both forms are present in the food prior to testing. The correct method, or both methods in tandem, can then measure the total amount of this vitamin in a food.

* US defines declarable vitamin E as α-tocopherol.1 Other countries may include up to seven additional forms.

Starting in 2020, the new FDA Nutritional Facts Panel expanded the number of allowable forms of vitamin A to four by adding alpha-carotene and beta-cryptoxanthin.1 Analysing these four forms requires two or even three different analytical methods to accurately measure them, and thus, accurately report the total amount of vitamin A. Knowledge of the different forms either directly or by examining the ingredient vitamin sources will allow the proper methods to be performed. If the forms of vitamin A are unknown by the lab, then all the approved methods will need to be used to assure accurate results.

An interesting analytical challenge still exists for measuring vitamin E in foods. In the US, the FDA defines declarable vitamin E as alpha‑tocopherol where there is both a very bioactive naturally‑occurring form, and a less bioactive man‑made form.1 The FDA requires manufacturers to make and keep written records to verify the amount of both forms1 because there is no recognised analytical method that differentiates between the two. Until a method is developed and internationally recognised, the lab needs to have access to those records to properly calculate the amount placed in a nutritional facts panel.

As described above, analytical methods measure one, several, or all of a vitamin’s forms. Isolating these form(s), as shown in Figure 1, requires extracting the targeted forms into a solvent compatible with the measurement instrument while maintaining the vitamin’s integrity by being at the proper pH and limiting degradation factors such as oxygen, light and certain metals.

Communication between a laboratory and product developers/assessors is needed to select the appropriate testing protocols to accurately and defensibly measure vitamin levels in foods.

Samples submitted for testing must be properly handled because some vitamins will degrade due to temperature, exposure to oxygen and/or light, pH, and other conditions that may or may not be easily controlled. The proper storage and handling conditions depend on the vitamin forms present in the food and on the food itself, notably if the food is dried, solid, or liquid.

Special care must be taken when the submitted sample is homogenised by grinding or blending, since this could introduce heat or oxygen, which may degrade the vitamins. This step is even more critical since only a sub-sample of the original sample, sometimes as low as 0.5g, will be used in the analytical measurement. Recommended handling conditions include keeping the sample cold or frozen and protected from light and air with appropriate packaging.

Labelling regulations are country-specific with each defining the vitamin forms they allow to include in nutritional labels. If the analytical testing results are used for labelling purposes, the location of where the food will be marketed must be factored into the analytical method selection. For international trade, CODEX Alimentarius lists the analytical methods it has found to be most accurate in measuring vitamins in a number of different food groups.4 Your organisation and used laboratories must track these regulations to ensure accurate and defendable measurements are made.

Communication between a laboratory and product developers/assessors is needed to select the appropriate testing protocols to accurately and defensibly measure vitamin levels in foods. This is also true for other nutrients and potential contaminants.

1. US Food and Drug Administration, “Converting Units of Measure for Folate, Niacin, and Vitamins A, D, and E on the Nutrition and Supplement Facts Labels: Guidance for Industry” (2019)
2. European Food Safety Authority, “Overview on Dietary Reference Values for the EU population as derived by the EFSA Panel on Dietetic Products, Nutrition and Allergies (NDA)” (2017)
3. AOAC International Official Methods of Analysis Method 2011.06
4. http://www.fao.org/fileadmin/user_upload/agns/pdf/CXS_234e.pdf

Dr John Szpylka is an analytical chemist with 30 years’ experience in the food industry and food testing arena. John served as Scientific Affairs Director, Chemistry N.A. with Mérieux NutriSciences as a technical expert for chemistry testing. John joined Mérieux NutriSciences after 20 years with General Mills as a Principal Scientist. He is an active representative of key scientific organisations and regulatory agencies and identifies and contributes to food testing standardisation for nutritional needs and arising issues. He currently serves on the AOAC International Board of Directors, is a Fellow of AOACI, chair of the Carb/Dietary Fiber Committee of AACCI, and the ASTA Food Safety Committee and the ASTA Method Subcommittee. He is also a consultant for the AAFCO Pet Food and Animal Feed Methods Committee. John received his doctorate in analytical chemistry from the Ohio State University after receiving a B.S. in chemistry from Rensselaer Polytechnic Institute. 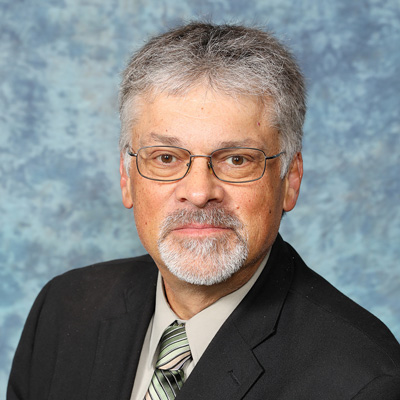