The UK Flavour Day 2019 brought together decision makers and experts for discussions about flavourings role in current and future consumer trends. Here, James Smith, Chairman of the UK Flavour Association, highlights the key takings from the event. 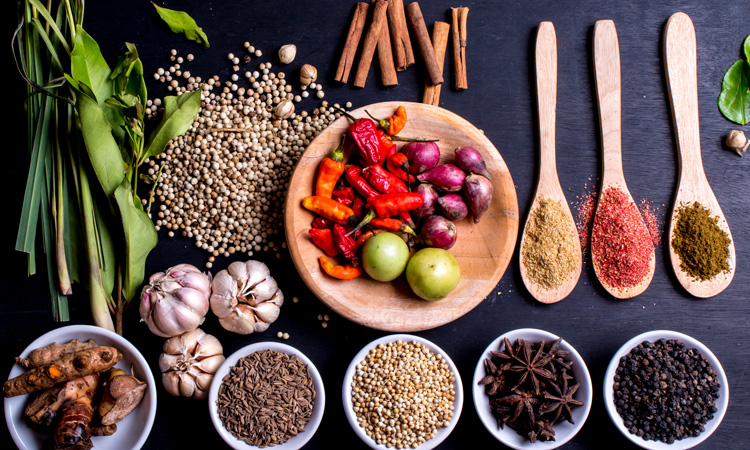 The UK flavour industry gathered on 29 November 2019 to celebrate the second UK Flavour Day. Part of the European Flavour Association’s (EFFA) event series, the UK Flavour Day brought together over 70 flavour experts, policy makers and food and beverage producers in London, for discussions about the future of food and the role that flavourings play in key consumer trends.

Here, we look at some of the topics discussed at the event. The morning session was themed around taste and perception, and we heard from academics at the forefront of research into this field.

Fusion and confusion in flavour perception

Professor Charles Spence, Head of the Crossmodal Research Laboratory at the Department of Experimental Psychology, Oxford University, talked about fusion and confusion in flavour perception. There are certain flavours that complement each other perfectly, such as salt and vinegar, or strawberries and cream, but what happens when more sophisticated flavours are combined? Professor Spence highlighted three key ways to combine flavours:

Professor Spence concluded that although blending, fusion and pairing are increasingly popular, they can all lead to a variety of outcomes: integration, segregation, emergence, harmonisation or even confusion. In his view, to understand and predict how flavour combinations may be perceived could be more a matter of psychology than chemistry.

Dr. Qian Yang, Assistant Professor in Sensory and Consumer Sciences at the University of Nottingham, presented extensive research on multimodal perception and 6-n-propylthiouracil (PROP) taster status2. Humans can be categorised as supertaster, medium-taster or non-taster, based on the fungiform papillae located primarily at the tip of the tongue, which contain taste buds and sensory cells. Supertasters have more of these papillae and find the PROP compound very bitter, so foods like broccoli and grapefruit tend to be unpleasant to these tasters. Non-tasters have fewer fungiform papillae and therefore cannot taste the bitterness of PROP. They are also more tolerant of the fatty foods that supertasters find too intense.

There are certain flavours that complement each other perfectly, such as salt and vinegar, or strawberries and cream, but what happens when more sophisticated flavours are combined?

Another category of tasters discussed by Dr. Yang was thermal tasters. There has been limited research on this group but, in general, thermal tasters perceive taste from the warming or cooling of foods and do not like food at extreme temperatures, whereas thermal non-tasters experience the temperature change but not taste, so can tolerate creamy or bitter foods that might be too intense for thermal tasters.

There are other categories of tasters, too – sweet likers, salt tasters, fat tasters to name a few. A multitude of factors can influence the way that people experience flavours and individuals cannot be categorised as just one pheno/genotype; preference comes into it, too. These kind of insights are useful to flavour and food developers as they can help them to better understand the way that the end customer experiences the taste of their products.

The UK Flavour Day’s afternoon session was themed as ‘the unmistakeable difference’ and there were three diverse topics covered by the speakers.

Professor Moira Dean from Queen’s University, Belfast, discussed consumer preferences for natural food: perceptions, beliefs and how (or if) it is possible to change them. For example, foods labelled as organic tend to be perceived as being more natural than ‘regular’ food, and in turn, also healthier and better tasting. Generally speaking, the less natural a food or its production technique is deemed to be, the less acceptable it is likely to be to consumers. This perception of ‘naturalness’ has wide reaching implications for the food industry, and not just for development/marketing; it could influence the development of innovative food technologies too. The conflicting interests of consumers means that they demand unprocessed and natural food that is also convenient and easy to cook. While a challenge, this also presents an opportunity to the food industry: by combining forces across production processes, ingredients, packaging and marketing, products can be perceived as being natural, while still bearing similarities to ‘traditional’ food.

Generally speaking, the less natural a food or its production technique is deemed to be, the less acceptable it is likely to be to consumers

Professor Dean also introduced some of the Institute for Global Food Security’s work in food fraud and communicating transparency across the food chain. This is a particular issue with herbs and spices, and Professor Dean referenced research on the substitution of myrtle leaves for oregano in products across Europe. Myrtle leaves have been found to contain high levels of pesticides that could be dangerous if consumed by humans. The Institute has created a tracking tool to provide traceability information on products, like traceable oregano, to consumers, including the farm it came from, the production process used (feed, growing conditions, transport and processing), country and region of origin, and an assurance from an independent body that the information can be trusted.

Putting the fun into food

Next to present was Lizzie Ostrom who called on flavour companies to help put the fun back into food. She united the audience in a shared love for classic crisps including Monster Munch and Skips, referring to them as ‘cultural artefacts’ and celebrating the artistry that goes into the development of such snacks. Lizzie’s ‘Odette Toilette’ company hosts ‘flavour of the month’ events, inviting consumers to discover what creates the flavour of their favourite foods by deconstructing foods and sampling the flavours involved. She worked with flavour company, Omega Ingredients, to produce a ‘London’ flavour of crisps, which were passed among the audience for a tasting session. They contained earthy, woody, smoky and herbal flavours to replicate what the city would taste like as a flavour.

Jimena Gómez de la Flor, Director of Communications for EFFA, closed the day discussing the importance of communicating about flavour to demystify the industry, build trust and inspire the sense of taste. She showcased some of the creative work that EFFA has produced over the past 12 months, including several animation videos and the successful Flavour Ambassador campaign.

The 2019 UK Flavour Day and other similar events reinforce the importance of taking time out from our everyday working lives occasionally to discuss industry research and look to the future of flavours.

James Smith is Chairman of the UK Flavour Association, an organisation that represents the interests of the flavouring industry in the UK. He is also the Managing Director of Kalsec Europe; a role he has held since 2015. James’ previous roles have included European Sales Manager for a Maltings business, and Sales Director at EDME. 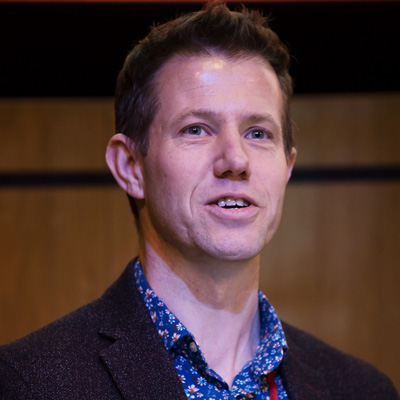