Research from the University of Surrey has analysed the effects of vitamin D status on athletic performance in university-level athletes, and revealed that insufficient vitamin D can negatively impact aerobic fitness. 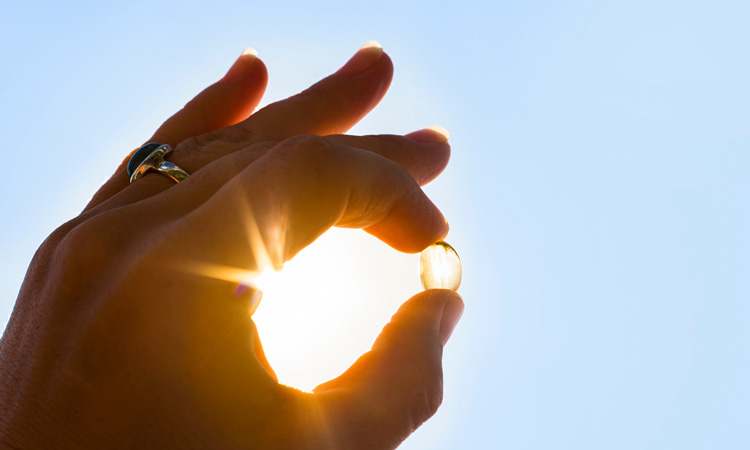 “There is a need to promote more awareness of vitamin D deficiency across the younger healthy populations within the UK,” Professor Susan Lanham-New, Head of the Nutritional Sciences Department at the University of Surrey, said at the annual British Nutrition Foundation’s (BNF) lecture.

Vitamin D is considered important in bone health as it helps regulate the amount of calcium and phosphate in the body. However, it is estimated that around one in five people in the UK have low levels of vitamin D. The body creates vitamin D from direct sunlight on the skin when outdoors but, between October and early March, the UK population receives insufficient levels from sunlight. It is therefore difficult to intake enough vitamin D to compensate for this from foods that are unfortified.

“There is a real need to promote more awareness of vitamin D deficiency across younger populations within the UK. It is established that vitamin D is beneficial for bone health and our studies demonstrate the importance of vitamin D for athletic performance within UK university students too. Good bone health ensures the consolidation of bone mass during adulthood and helps to prevent osteoporosis in later life – more attention needs to be placed on the importance of this,” said Prof Lanham-New.

During the Lecture, Prof Lanham-New also outlined new research which has been led by Dr Andrea Darling, University of Surrey, using data from the UK Biobank, and which has shown extensive vitamin D deficiency in over 8,000 South Asians living in the UK – allegedly the largest dataset available on vitamin D status in ethnic minority groups.

Prof Lanham-New continued: “Such low levels of vitamin D in this population group is extremely concerning. Due to darker skin pigmentation and lower sun exposure to the skin due to differing lifestyle habits and cultural dress style, this population is particularly susceptible to vitamin D deficiency, and this can lead to osteomalacia – the adult form of rickets. This disease presents itself through extensive bone pain, muscle ache and tiredness, and also presents a potential increased risk of diabetes. As such, ensuring an adequate intake of vitamin D through diet or supplements is essential.”

The government has recommended that all adults and children over five should consider taking a daily supplement containing 10 micrograms of vitamin D during the autumn and winter. During the annual lecture, Prof Lanham-New also noted the importance of the different forms of vitamin D that can be used in supplements or in fortified foods.

“Our novel work on differences in vitamin D2 and vitamin D3 has highlighted some key issues with respect to the use of vitamin D2 fortification. This study is larger and more comprehensive than previous trials, and backs up theories suggesting that, for the most effective supplementation, foods and drinks should be fortified with vitamin D3. This finding is particularly key for vegetarians and vegans, since vitamin D3 is from an animal source. We are now working on a systems biology approach to vitamin D and we have some further exciting data in preparation on vitamin D2 and vitamin D3.”