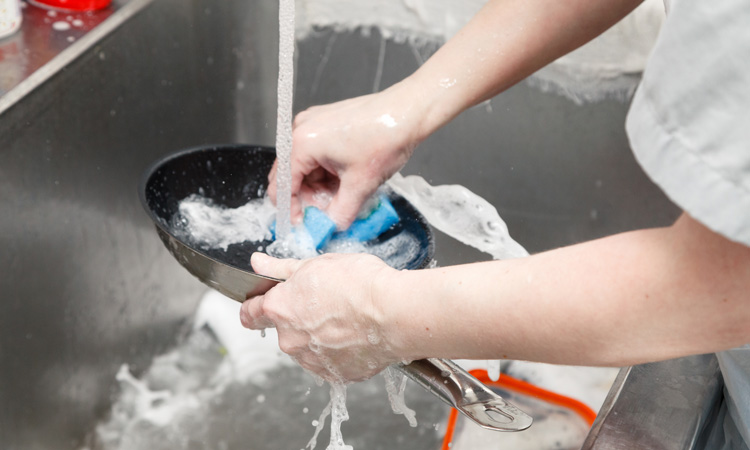 After treating sewage, wastewater treatment plants are left with solid sludge, called biosolids. For years, utilities are said to have treated biosolids with microbes that produce methane, but more recently, utilities have been adding grease interceptor waste (GIW) into the mix.

Grease interceptors are used to trap fat, oil and grease from food service establishments so that they do not clog up sewers. By adding GIW in with their biosolids, utilities can produce more methane, designed to make the entire operation more efficient.

“Turning biosolids and GIW into a renewable source of clean energy is a laudable goal,” said Francis de los Reyes, a Professor of civil, construction and environmental engineering at NC State, and lead author of the study. “But if you add too much GIW into the anaerobic digester they use to treat biosolids, the system goes haywire – and methane production plummets.

“Our goal with this work was to figure out the best balance of biosolids and GIW for maximising methane production. And we were able to make significant advances.”

The researchers determined that increasing the amount of GIW they fed into the digester a little at a time allowed them to increase the amount of GIW in the mix to the point where it made up 75 percent of the overall volatile solids, or feedstock.

“This is significantly higher than the typical amount of GIW added to the biosolids in existing facilities,” de los Reyes said.

This allowed the researchers to achieve the highest methane yield reported to date for lipid-rich waste: 0.785?liters of methane per gram of volatile solids put into the digester.

“This is roughly twice what is commonly reported for similar systems,” said de los Reyes.

“This should make methane production on a commercial scale more economically attractive for many wastewater treatment facilities, which may encourage them to capture and sell their methane, rather than burning it off on-site.”

The researchers were also able to identify a suite of microbes that appear to be particularly important in converting lipid-rich waste into methane. The researchers are following up with studies on other types of food waste, such as meat and fruit/vegetable waste. They are also looking at fundamental microbial ecological theories to explain how the needed microbial species come to dominate and persist in the ecosystems found inside the waste digesters.