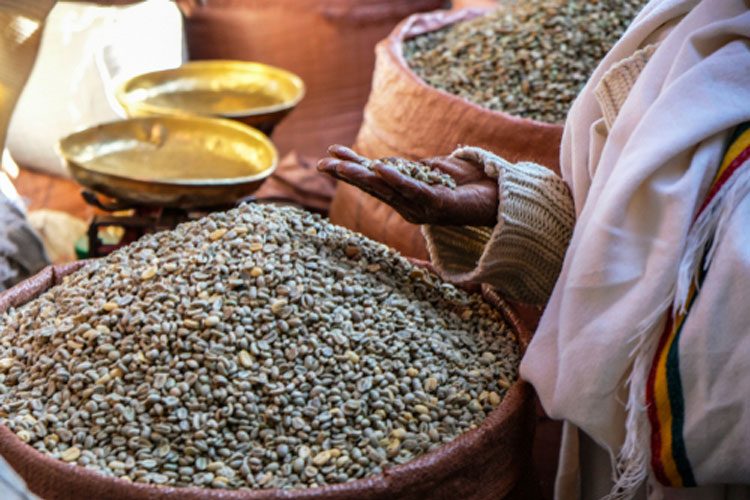 For the first time ever, scientists at Royal Botanic Gardens, Kew have carried out an International Union for Conservation of Nature (IUCN) Red List of Threatened Species assessment for all 124 coffee species. The research, just  published in Science Advances and Global Change Biology, reveals that 60 per cent of all wild coffee species are under threat of extinction due to deforestation, climate change, and the spread and increasing severity of fungal pathogens and pests. This includes the wild relative of Coffea arabica, the world’s favourite and most widely traded coffee, which has entered The IUCN Red List as an Endangered species, largely due to climate change projections.

These new figures come after two decades of dedicated research undertaken by Kew to discover, analyse and document the world’s coffee species, and assess their extinction risk. Much of this work was undertaken first-hand in the wild locations where coffee grows, mainly in the remote forests of Africa and on the island of Madagascar. In 2012, Kew researchers and in-country collaborators revealed a bleak picture for wild Arabica. Using computer modelling, they were able to project how a changing climate would affect the species in Ethiopia, showing that the number of locations where Arabica grows could decrease by as much as 85 per cent  by 2080. In 2017, the Kew-Ethiopia team researched the influence of climate change on coffee farming, showing that up to 60 per cent of the land used for Ethiopia’s coffee production could become unsuitable for use by the end of the century.

Says the team at Kew, “The results of the research published today, showing that 60 per cent of all coffee species are threatened with extinction, is an extremely concerning outcome. The multi-billion-dollar coffee sector is founded on, and has been sustained through, the use of wild coffee species. Included among the 60 per cent under threat of extinction are those that could be key to the future of coffee production. The global coffee trade currently relies on only two species – Arabica (c. 60 per cent) and Robusta (c. 40 per cent) – but given the myriad of emerging and worsening threats to coffee farming globally, other coffee species are likely to be required for coffee crop plant development.”

Dr Aaron Davis, Head of Coffee Research at Kew and lead author of the Science Advances paper, says: “Among the coffee species threatened with extinction are those that have potential to be used to breed and develop the coffees of the future, including those resistant to disease and capable of withstanding worsening climatic conditions. The use and development of wild coffee resources could be key to the long-term sustainability of the coffee sector. Targeted action is urgently required in specific tropical countries, particularly in Africa, to protect the future of coffee.”

“We hope our findings will be used to influence the work of scientists, policy makers and coffee sector stakeholders to secure the future of coffee production — not only for coffee lovers around the world, but also as a source of income for farming communities in some of the most impoverished places in the world.”