Health warnings can be smothered by food-associated cues, study finds

A psychological study has shown how food-associated cues can override healthy intentions. 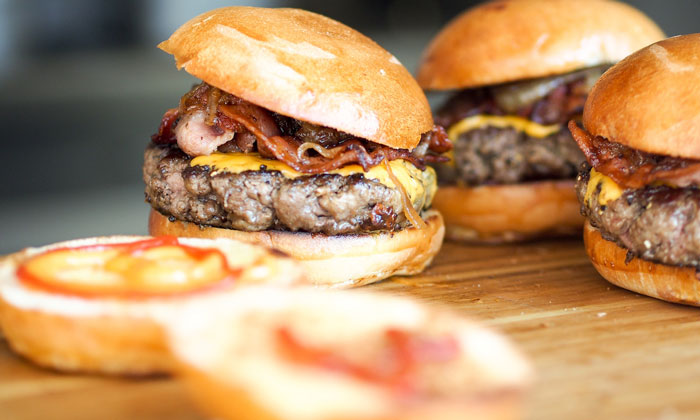 THE DEVIL MAKES LIGHT WORK: The researchers suggested that the conditioned response to unhealthy food could be re-appropriated to encourage positive choices

Around the beginning of the 20th century, physiologist Ivan Pavlov began experimenting with conditioning.

His work proved that dogs could be trained to associate a stimulus, in this case a bell, with food and would respond accordingly by salivating. The bell was the conditioned stimulus and through it the salivation, which under normal circumstances prepares the mouth for eating, became a conditioned response.

More than a century later, a new study has shown how this same kind of Pavlovian conditioning affects our decision-making process when it comes to healthy food.

Psychologists Aukje Verhoeven, Poppy Watson and Sanne de Wit from the University of Amsterdam (UvA) investigated the effects of health warnings on food choices in the presence or absence of food-associated stimuli.

This includes every kind of stimuli associated with food, including adverts that trigger thoughts of a tasty snack or the sight or smell of food which leads to craving.

“We suspected this might partly be due to the fact that people learn to associate specific cues in their environment with certain food choices. For example, eating a cheese burger regularly occurs in the visual presence of a large logo M. This causes a strong association between the stimulus (the logo) and the rewarding experience of eating a cheese burger. Simply seeing an M eventually causes us to crave a burger and triggers a learned behaviour to head to a fast-food restaurant. Unhealthy choices are therefore automatically activated by learned associations, making health warnings, which focus on conscious choices, ineffective.”

To test their hypothesis, the researchers used a specific computer task, the Pavlovian-instrumental transfer, in a controlled setting to simulate the learning processes between certain (food) choices and environmental stimuli in subjects.

Verhoeven said: “Health warnings for healthy food choices only seem to be effective in an environment where no food cues are present. Whenever stimuli are present which people have come to associate with certain snacks, they choose the accompanying (unhealthy) food product, even when they know it is unhealthy or aren’t really craving that food product. It didn’t matter whether we alerted the subjects before or after they learned the associations with food cues.”

How do you ensure people don’t just have the intention to buy healthier food products but actually go ahead and do so? The researchers suggest decreasing the level of food-associated stimuli people, and children in particular, are exposed to.

One way to do this, for example, would be to decrease the amount of advertising for unhealthy foods. Also, the results suggest that these processes could in turn stimulate the choice for healthy products.

Verhoeven added: “It is worthwhile exposing people to healthy food products together with certain environmental cues more often, for example by showing more adverts for healthy products. The environment could also be shaped such that healthy choices are the easiest to make, for instance by placing healthy products at the front in canteens or by replacing chocolate bars with apples and healthy snacks at the cash register. In this way, you give people a gentle push in the right direction.”

Does carb-loading really help you run a marathon?

Increasing the global rice bowl without harming the planet

Descheduling cannabis in the US