Tomatoes have a powerful association with health and are seen as the star ingredient of the Mediterranean Diet, research has shown. 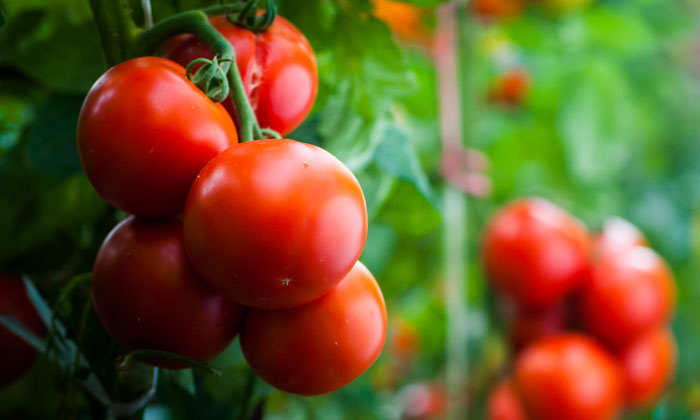 SEEING RED: Tomatoes are considered among the healthiest fruit

Carotenoid experts Lycored surveyed 329 consumers. They were presented with a list of 14 fruit and vegetables and asked to pick the five they most associated with health.

When they were asked which fruit and vegetables they most associated with the Mediterranean diet, 91 per cent of consumers named tomatoes, ahead of peppers (81 per cent); onions, garlic and leeks (76 per cent); and citrus fruits (65 per cent).

Respondents were also shown two images and asked which they most associated with the Mediterranean Diet. The first, which featured tomatoes as well as olives and olive oil, was picked by 87 per cent. The second, which pictured olives, olive oil, fish and nuts, but no tomatoes, was chosen by only 13 per cent.

Zev Ziegler, Head of Marketing (Health) at Lycored, said: “Our research confirms both the wellness appeal of tomatoes and their status as the star of the Mediterranean Diet. This powerful association with one of the biggest dietary trends of our times boosts their potential in products for health-conscious consumers. Given their popularity with supplement users, and their wide range of health benefits, tomatoes deserve to feature in health products much more than they currently do.”