The Food Standards Agency has changed its precautionary advice to consumers following the recent outbreaks of E. coli O104:H4… 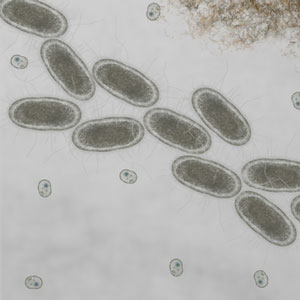 The Food Standards Agency has today changed its precautionary advice to consumers following the recent outbreaks of E. coli O104:H4 in Germany and France linked to sprouted seeds.

Following reports of a possible link between the outbreak in France and a UK company, the FSA issued temporary precautionary advice to consumers while this was investigated. It advised that sprouted seeds should only be eaten if they have been cooked thoroughly until steaming hot throughout and that they should not be eaten raw.

This temporary advice has now changed. Consumers are advised to follow the on-pack instructions. Sprouted seeds can be eaten raw if they are labelled ‘ready-to-eat’ or ‘ready-to-wash’. All other sprouted seeds, if not labelled as such, should be cooked thoroughly until steaming hot.

Caterers are also advised that they should source their supplies of sprouted seeds from producers that have recognised food safety and quality control systems in place.

This change of advice follows recent developments in the on-going investigation.

Seed samples from the UK company implicated in the French outbreak have to, date, tested negative for E. coli O104:H4.

On 7 July, the European Food Safety Authority identified certain batches of fenugreek seeds from Egypt as the most likely source of the outbreaks. As a result the European Union has implemented precautionary action to protect consumers.

The implicated batches of fenugreek seeds have been withdrawn from sale (see link below) and there is a temporary ban on the import of fenugreek and certain seeds, beans and sprouts imported from Egypt until 31 October 2011.

There is no evidence that any of the implicated seeds are on sale in the UK, and, to date, no cases of E. coli O104:H4 food poisoning have been reported in the UK linked to the outbreak in France.

The FSA will continue to review its advice in the light of any new information that emerges.