NFU President to step down as Brexit negotiations draw out

The President of the National Farmers Union has announced he will step down as it has become ‘increasingly clear’ that the Brexit negotiations will outlast his tenure. 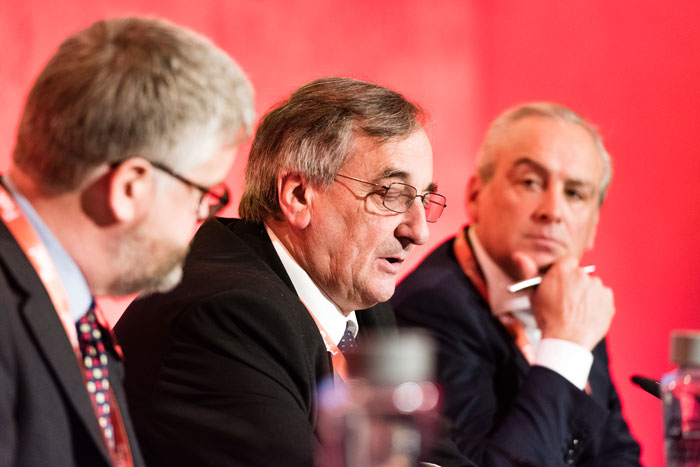 In a statement issued to members of the union, he said that he will not be seeking re-election when they go to the polls in February. It marks the end of 14 years as an office holder with the NFU.

He said: “This has been a very difficult decision for me, but it has become increasingly clear that the complex negotiations for the UK to leave the EU will go well beyond the next two years.  I had always been clear that I would not want to serve as an officeholder beyond 2020 and so, for the sake of continuity and consistency throughout this critical period for British farming,  I believe it is right that I should step back now rather than in 2020.

“The NFU is well-equipped to deal with the task at hand. Our thinking on Brexit is well-developed, we have built effective alliances across and beyond our own industry and the NFU has built up a significant reservoir of cross-party political support.”

He joined several other food-industry experts on a panel discussion over the risk of a staffing crisis.

He added in his statement: “We have successfully made the case for this most important of industries and moved food and farming up the political agenda while at the same time the NFU has made, and continues to make, a real difference for its members on so many fronts.  That’s only been possible because of our excellent professional staff and of course those members at every level of the organisation who give freely of their time to campaign on the wide variety of issues facing farming today.

“As a critical link in the UK’s largest manufacturing sector, feeding the nation while providing excellent stewardship of the environment, we have a great story to tell.

“I am passionate about this industry and I look forward to working hard to represent our farmers and growers as NFU President over the next four months.  I will continue to support and champion this great industry in whatever way I can in the coming years.”