Better understanding of manufacturing steps and research on different Hispanic-style cheese varieties needed for risk analysis and prevention, say researchers in the Journal of Dairy Science. 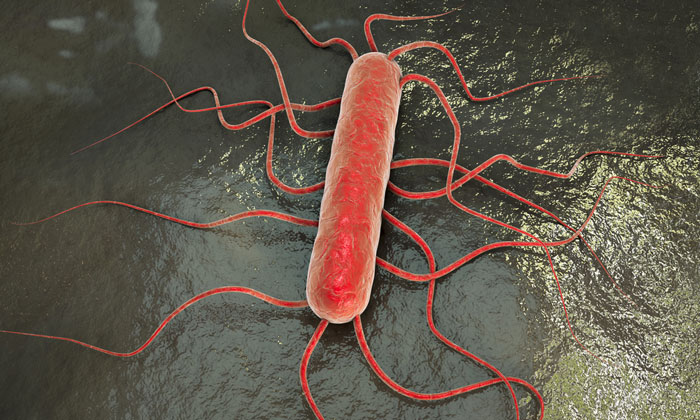 Dairy foods are linked to almost one-quarter of infections caused by the food borne pathogen Listeria monocytogenes, accounting for over $700 million in healthcare costs annually in the U.S. alone. Many of these have been traced to Hispanic-style and soft-ripened cheeses. Investigators highlight the challenges to safe cheese production and propose a foundation for improving food safety to meet public health needs and market demands in a review published in the Journal of Dairy Science. The same team also reports on an effective antimicrobial agent to fight Listeria that may address limitations of current antilisterial processes for fresh cheeses.

Listeria is a notorious safety issue. Listeria infections can develop into serious complications, including pneumonia, bacteremia, and meningitis. It can cause complications in pregnancy and may result in miscarriage or stillbirth. Although rare, its high fatality rate among young, elderly, pregnant, or otherwise immunocompromised individuals has led the U.S. to declare Listeria one of three zero-tolerance microorganisms in ready-to-eat foods.

“The rise of consumption and production of Hispanic-style cheeses is expected to continue in the years to come, which has increased the need for proper awareness of the microbial safety concerns of this group of cheeses.”

The Hispanic population in the U.S.is estimated at 17% (55 million people). Traditionally, consumer preferences in Hispanic populations have led to a large proportion of Hispanic-style cheeses being made from raw milk. There are at least 30 different varieties of Hispanic-style cheeses made in countries such as Mexico, including Queso Fresco and Queso Blanco.

These are generally characterised as soft, high moisture, a mild fresh milk flavor, and ready for consumption immediately after manufacture. Soft cheeses are especially challenging to produce due to the persistence of Listeria monocytogenes in the environment and its ability to grow in a wide range of temperatures (up to 45°C) and under refrigerated storage, and in relatively harsh conditions such as high salt concentration.

Special care must be taken to prevent contamination during the production of fresh cheeses, as their delicate flavor and texture are incompatible with many of the antimicrobial processes and additives commonly used for other foods.

The first identified outbreak of Listeria contamination in the U.S. linked to Hispanic-style cheeses occurred in 1985 in Los Angeles County, California, resulting in 142 illnesses and three deaths, allegedly from insufficient pasteurisation of milk or the introduction of raw milk into pasteurised milk during manufacturing. More recent studies have suggested that Listeria contamination occurs predominantly through transportation and storage of finished products and food contact surfaces rather than raw or improperly pasteurised milk. In a later outbreak, multiple cheese varieties tested positive for the outbreak strain, suggesting post-pasteurisation contamination of pasteurised milk. Consumer handling and storage are also known to increase the risk.

The investigators review and discuss both English- and Spanish-language studies of antimicrobial methods, preservation techniques, and packaging and summarise research on intervention methods for eliminating listerial contaminants. They point out two main gaps: most studies were conducted on Queso Fresco, which is not necessarily representative of all Hispanic-style cheeses, and the preservation methods studied fail to take into account sensory impact and consumer acceptability.

“It is unclear to what extent different manufacturing steps and variations in the finished product affect listeriosis risk factors, as our knowledge of Listeria monocytogenes in commercial products is largely outdated and limited to Queso Fresco, especially in the U.S.,” commented Miller. “More current knowledge of incidence, particularly in other varieties of Hispanic-style cheeses, would be informative for risk analysis and preventative purposes.”

The research team also assessed the antimicrobial efficacy of a Listeria bacteriophage endolysin that may address limitations of current antilisterial processes for fresh cheeses. In this study, enzyme PlyP100 provides a promising alternative preservation for addressing a notorious food safety issue.

According to Miller, “This study reflects a rapidly growing trend for targeting intractable microbial problems via a biotechnological approach, in this case providing an alternative preservative for addressing a notorious food safety issue.”

The team studied the effects of endolysin PlyP100 and compared its lytic activity in vitro in several different environments and target organisms. They then incorporated it into a fresh cheese model challenged with a cocktail of Listeria monocytogenes. They showed that PlyP100 demonstrates optimal activity under pH and salt concentrations consistent with a low-acid food matrix such as fresh cheese. “This novel preservation method could help safeguard consumer health and the market expansion of an otherwise high-risk food with few other viable preservatives,” noted Miller.