Love it or hate it: Marmite may affect brain function

Scientists at the University of York have discovered a potential link between eating Marmite and activity in the brain. 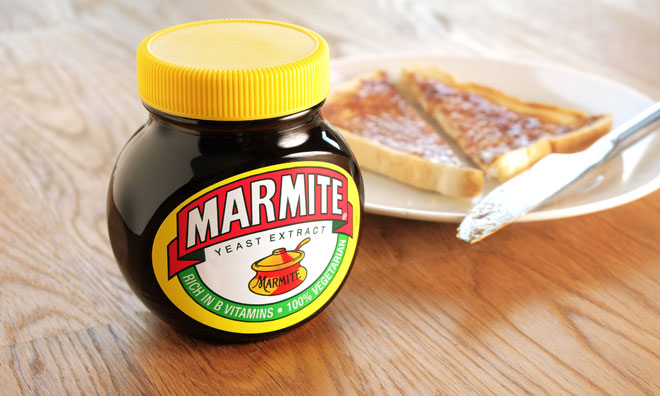 Scientists at the University of York have discovered a potential link between eating Marmite and activity in the brain, through the apparent increase of a chemical messenger associated with healthy brain function. Participants consuming a teaspoon of Marmite every day for a month, compared to a control group who consumed peanut butter, showed a substantial reduction of around 30 per cent in their brain’s response to visual stimuli, measured by recording electrical activity using electroencephalography (EEG).

Researchers think this may be due to the prevalence of vitamin B12 in Marmite increasing levels of a specific neurotransmitter – known as GABA – in the brain.

GABA inhibits the excitability of neurons in the brain, with the chemical acting to ‘turn down the volume’ of neural responses in order to regulate the delicate balance of activity needed to maintain a healthy brain.

As Marmite consumption appears to increase GABA levels, this study is the first to show that dietary intervention may affect these neural processes. GABA imbalances are also associated with a variety of neurological disorders.

Anika Smith, PhD student in York’s Department of Psychology and first author of the study, said: “These results suggest that dietary choices can affect the cortical processes of excitation and inhibition – consistent with increased levels of GABA – that are vital in maintaining a healthy brain.

“As the effects of Marmite consumption took around eight weeks to wear off after participants stopped the study, this suggests that dietary changes could potentially have long-term effects on brain function.

“This is a really promising first example of how dietary interventions can alter cortical processes, and a great starting point for exploring whether a more refined version of this technique could have some medical or therapeutic applications in the future. Of course, further research is needed to confirm and investigate this, but the study is an excellent basis for this.”

Dr Daniel Baker, Lecturer in the Department of Psychology and senior author of the paper, said: “The high concentration of Vitamin B12 in Marmite is likely to be the primary factor behind results showing a significant reduction in participants’ responsiveness to visual stimuli.

“Since we’ve found a connection between diet and specific brain processes involving GABA, this research paves the way for further studies looking into how diet could be used as a potential route to understanding this neurotransmitter.

“Although GABA is involved in various diseases we can make no therapeutic recommendations based on these results, and individuals with a medical condition should always seek treatment from their GP.”

By University of York