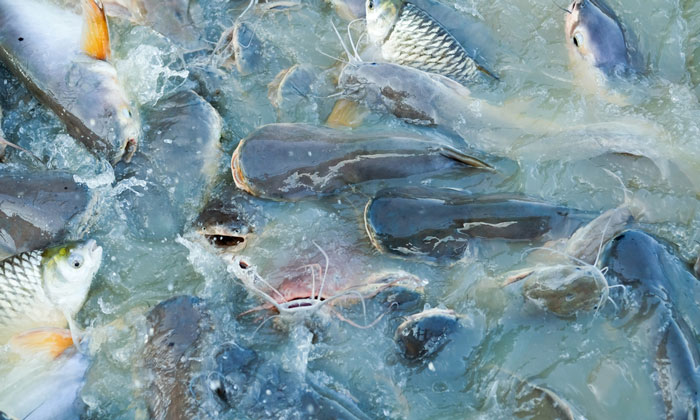 Fish stocks in the Mediterranean Sea are deteriorating at an alarming rate. A recent analysis by the European Commission’s Joint Research Centre (JRC) shows that 93% of the assessed fish stocks are over-exploited, and a number of them are on the verge of depletion. In addition, the Mediterranean Sea has lost 41% of its marine mammals and 34% of the total fish population over the past 50 years. An estimated 10 000 to 12 000 marine species inhabit the Mediterranean Sea, but this extraordinary biodiversity is in grave danger, as it is threatened by pollution, climate change and overfishing. Further delays in concerted action could result in irreversible damage and a collapse of key stocks that are essential to the fisheries sector.

Marine mammals and fish on the decline

In a study published in Nature’s Scientific Reports, JRC scientists warn about pressures on the Mediterranean Sea that might push the ecosystem beyond the point of no return. The analysis looks at the historical changes in the Mediterranean Sea food web driven by environmental drivers and fishing efforts. It concludes that, over the past 50 years, the Mediterranean has lost 41% of the number of marine mammals and 34% of the total amount of fish. The largest reductions were found in the Western Mediterranean Sea and the Adriatic Sea (- 50%), while the reduction was much less in the Ionian Sea (- 8%).

The Mediterranean is vulnerable

“These characteristics render the Mediterranean Sea highly vulnerable to impacts such as climate change, marine litter and invading alien species, and it is very easy to overfish the existing stocks. When fish stocks are fished intensively, they not have the time to reproduce to keep up the population levels”, says Jann Martinsohn, leader of the fisheries research group at the JRC.

Scientists and fisheries experts who have been monitoring the situation over the years signal an alarming decline in fish stocks. An analysis carried out by the Scientific Technical Economic Committee for Fisheries (STECF), the European Commission’s scientific advisory body in collaboration with the JRC, concludes that 93% of the assessed fish stocks in the Mediterranean Sea are currently over-exploited.

The analysis is based on the fisheries for which the data is available. The monitoring of fish stocks is hindered by lack of data for far too many fish stocks. A significant number of catches are still not legally recorded or the catches are from data-deficient stocks.

In order to bridge the knowledge gaps, the JRC has developed a public database to help monitor the status of fish stocks in the Mediterranean and Black Seas. The data is made available through an interactive online dashboard that allows stakeholders to compare and contrast several stock assessment variables such as fishing mortality, the weight of all individuals in a fish stock capable of reproducing (Spawning Stock Biomass), and trends in the dynamics of natural populations. The system also enables its users to filter the results by area, species and status.

A copy of the database will be included, for the first time, in the next release of in the RAM Legacy Stock Assessment Database: a compilation of fish stock assessment results for commercially exploited marine populations from around the world. This database provides a unique source of information to make comparisons between fisheries and stock status.

In light of the dire situation, the European Commission emphasises the need to act now. Last year, it launched the MedFish4Ever initiative to put the fisheries sector back on track by raising awareness, securing strong political leadership to rebuild a sustainable fisheries sector, and ensuring the strong commitment of all stakeholders to contribute to the long-term sustainability of fish stocks and the fisheries sector.

The collection of fisheries data and scientific advice are indispensable in this process, in which the JRC plays a central role. Since 2007, the JRC has been collecting, compiling and assessing information on fisheries in the Mediterranean and Black Seas. The results of the assessments are documented in 36 JRC Science for Policy reports. The new public fish stock assessment database is based on these reports.