According to research conducted by CBC’s Marketplace found that much of the Subway brand’s chicken in its sandwiches contained less than 50% chicken DNA. 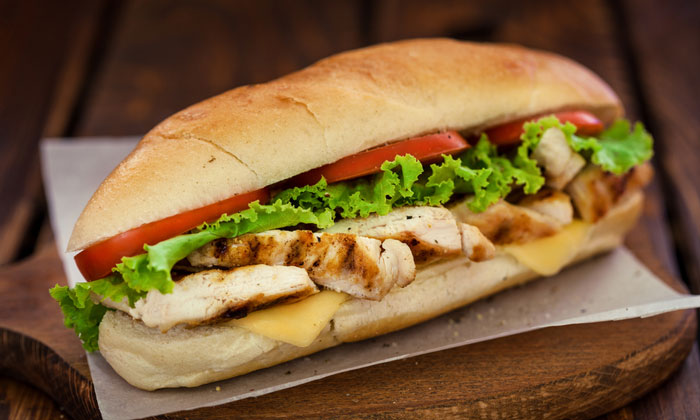 According to research conducted by CBC’s Marketplace, many of the Subway brand’s chicken in its sandwiches contain less than 50% chicken DNA. In the case of two of Subway’s favourite chicken sandwiches, the poultry was discovered to contain only about half chicken DNA.

CBC’s Marketplace conducted a scientific analysis of the contents of several chicken menu items from a number of fast-food outlets.

The tests were conducted without the inclusion of condiments.

The poultry was discovered to contain only about half chicken DNA…

Most fast-food chicken and processed meat sandwiches are not expected to contain 100 per cent meat as seasoning, marinating or processing meat inevitably brings that number down. On the other hand, in theory, an unadulterated piece of chicken from a supermarket should  be made up of 100 per cent chicken DNA.

Subway said in a statement that it disagrees with the test results.

“Our recipe calls for one per cent or less of soy protein in our chicken products.

“We will look into this again with our supplier to ensure that the chicken is meeting the high standard we set for all of our menu items and ingredients.”

So what is in the other half?

Well, fast food chicken in general is thought to contain about 25 per cent less protein than you would expect to intake from a home-cooked piece of chicken.

Many imagine that the rest is made up of what the industry coins “restructured products” which in essence, are comprised of smaller pieces of meat or ground meat that are bound together with other substances to make them last longer and taste better.

Transparency was one of New Food‘s common themes in  our ‘Top Trends of 2017‘ feature we ran earlier in January and the results beg the question:

Just how aware are consumers of what they’re eating…?