Posted: 16 February 2017 | American Institute of Physics (AIP) | No comments yet 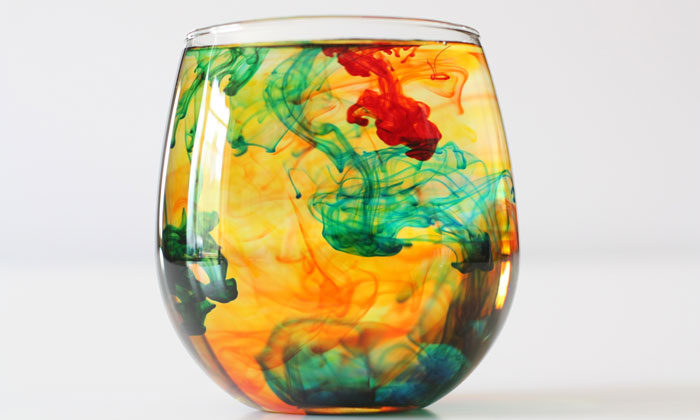 Allura Red, a synthetic food and pharmaceutical colour widely used within the US, boasts special properties that may make it and other food dyes appropriate as sensors or edible probes to monitor foods and pharmaceuticals. A team of researchers from Rutgers University, the University of Pennsylvania and the University of Massachusetts recently made this discovery during an extension of their work identifying and characterising molecules in foods or food ingredients that might provide signals of food quality, stability or safety.

It turns out that many molecules found in foods absorb ultraviolet or visible light and subsequently emit light as fluorescence. Because fluorescence is sensitive to the local chemical and physical environment, this emitted light can “report” on the local properties of the food, the pH, polarity, or in the case of Allura Red, local viscosity or thickness.

During the Biophysical Society’s 61st Annual Meeting, being held Feb. 11-15, 2017, in New Orleans, Louisiana, Richard Ludescher, dean of Academic Programs and professor of food science in the School of Environmental and Biological Sciences at Rutgers, will present the group’s work exploring the fluorescent properties of food dyes.

One food dye in particular, Sunset Yellow, “only exhibits phosphorescence in viscous solution, so we wanted to examine others that tend to be non-fluorescent to see if they might fluoresce in viscous solutions,” Ludescher explained. All of the dyes they tested Tartrazine, Fast Green, Allura Red and others showed properties that are sensitive to changes in viscosity.

The researchers can “draw correlations between fluorescence intensity of, say, Allura Red, which shows that its intensity varies more than 10x upon changing viscosity from water to glycerol,” Ludescher said.

The significance of the group’s work is that it highlights the potential of harnessing molecules that are already inside the foods we eat to monitor their basic physical and chemical properties. “It could also be used during the manufacturing process to monitor and determine whether products have the right physical properties,” Ludescher said.

With optical sensing, such analysis could be achieved within mere seconds during manufacture automatically and non-invasively replacing a measurement that previously might have required tens of minutes.

Edible optical probes, for example, would be intriguing for monitoring food quality. “It might be possible to monitor quality in products not only during manufacture but also during distribution, storage, or even during point of sale in the market,” he pointed out. “Imagine employees at the local supermarket monitoring the product quality of foods on the shelf by simply scanning the actual product through its packaging with a handheld spectrometer.”

What’s the next step for this work?

“Characterising the optical properties of as many naturally occurring molecules as possible to build a library of potential intrinsic luminescent sensors and edible probes to monitor quality in foods and pharmaceuticals,” said Ludescher.

By American Institute of Physics (AIP)