How safe is seafood?

Seafood is the main component of European Christmas menus. But with rising concern about chemical pollution in the marine environment, is seafood safe to eat…? 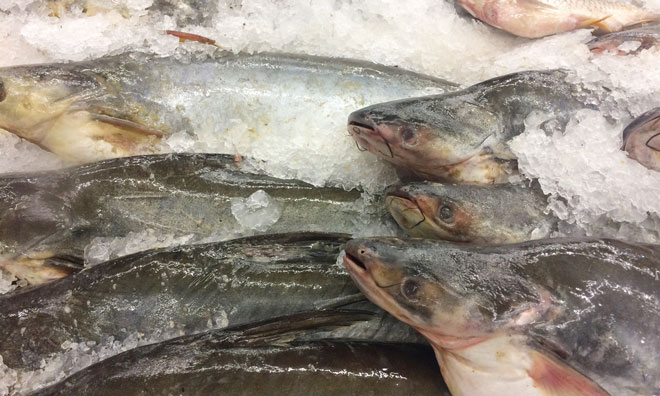 Seafood is the main component of European Christmas menus. But with rising concern about chemical pollution in the marine environment, is seafood safe to eat? Consumption of seafood is regarded as healthy since it contains high quality proteins, vitamins and omega-3 polyunsaturated fatty acids. But it might also put us at risk of exposure to environmental pollutants.

How much do we know about our eating choices? One answer could come from a personal fish calculator designed by European researchers, to understand how much of our diet is healthy. It is very simple; you must select your age range, the amount and species consumed per week.

Have you eaten spaghetti with clams and fried sardines? The device will quickly calculate your exposure to methylmercury and other pollutants. The calculator is the brainchild of the ECSafeSEAFOOD project, which has analysed the prevalence of marine toxins, microplastics and other chemical contaminants of growing concern, found in seafood sold in supermarkets across Europe.

Contaminants of emerging concern are substances for which no maximum levels have been laid down in EU legislation nor require revision.

“Sensitive, rapid and cost-effective screening methods were validated in a large set of seafood samples. Overall, the levels of contaminants in seafood were low, there are no risks for consumers. The only pollutants that may represent a concern for those who consume a lot of  seafood were methylmercury and PBDE99 (industrial contaminants)”, says António Marques from the Portuguese Marine and Atmospheric Institute (IPMA) in Lisbon, Portugal.

“The exposure to these contaminants through seafood needs to be more finely assessed. Such information is crucial for the European food safety authorities to adjust the legislation”, he adds. For example, no limits have been established for methylmercury in food.

In the Po estuary in Italy, which is one of the top sites for mollusc farming in Europe, the scientists also found the highest level of pharmaceuticals such as the psychiatric drugs venlafaxine and citalopram, and the antibiotic azithromycin.

Other contaminants raising concern are endocrine disrupters (EDCs) which are chemicals that may interfere with the body’s hormonal gland system and cause various adverse effects. “Spanish consumers had the highest intake of endocrine disrupting compounds from seafood consumption, though the assessed intake was still below the tolerable weekly intake”, explains Sara Rodriguez-Mozaz, researcher working at the Catalan Institute of Water Research (ICRA) in Girona, Spain, “Methylparaben, triclosan and bisphenol A were the most frequently detected EDCs.”

Other substances  investigated by the researchers are microplastics (plastic particles smaller than 5 mm) that may act as a vector for chemical contaminants. The research revealed that up to 36.5% of the fish examined and 83% of crustaceans contained microplastics.

The main challenges in the project were related to finding the right analytical methods. “Pharmaceutical and EDCs are found at very low levels in seafood, close to the current limits of detection of conventional analytical methodologies,” says Rodriguez-Mozaz.

The scientists collated their results in a database focusing “on unregulated contaminants that give rise to concern from an environmental and public health point of view”. They invite “policy makers” to use their study “to help inform policy and advisory guidelines” and “authorities to highlight the deficits in seafood contaminant research”.

However, there is a happy ending. Despite the increase of chemicals in the marine environment, the low levels in seafood so far mean that we can still enjoy seafood during our Christmas holidays without worrying too much.