Posted: 20 September 2016 | University of Birmingham | No comments yet

A team of researchers led by the University of Birmingham warns that without improvements in technology, global crop yields are likely to fall… 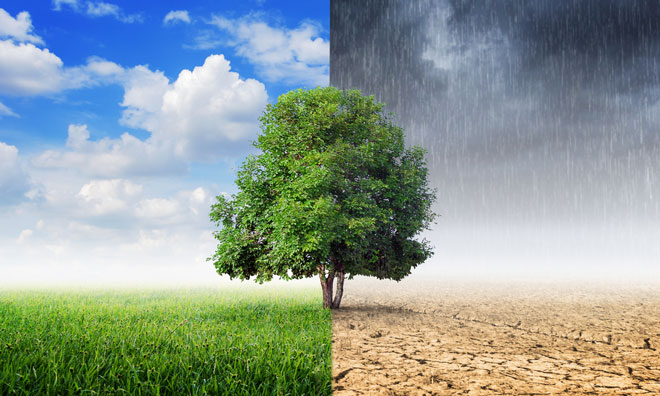 A team of researchers led by the University of Birmingham warns that without significant improvements in technology, global crop yields are likely to fall in the areas currently used for production of the world’s three major cereal crops, forcing production to move to new areas. With a worldwide population projected to top nine billion in the next 30 years, the amount of food produced globally will need to double.

A new study led by researchers from the University of Birmingham shows that much of the land currently used to grow wheat, maize and rice is vulnerable to the effects of climate change.

This could lead to a major drop in productivity of these areas by 2050, along with a corresponding increase in potential productivity of many previously-unused areas, pointing to a major shift in the map of global food production.

The study, published today in Nature Communications, uses a new approach combining standard climate change models with maximum land productivity data, to predict how the potential productivity of cropland is likely to change over the next 50-100 years as a result of climate change.

The results show that:

While the effects of climate change are usually expected to be greatest in the world’s poorest areas, this study suggests that developed countries may be equally affected.

Efforts to increase food production usually focus on closing the yield gap, i.e. minimising the difference between what could potentially be grown on a given area of land and what is actually harvested. Highly-developed countries already have a very small yield gap, so the negative effects of climate change on potential yield are likely to be felt more acutely in these areas.

“Our model shows that on many areas of land currently used to grow crops, the potential to improve yields is greatly decreased as a result of the effects of climate change,” says lead researcher and University of Birmingham academic Dr Tom Pugh.

“But it raises an interesting opportunity for some countries in temperate areas, where the suitability of climate to grow these major crops is likely to increase over the same time period.”

The political, social and cultural effects of these major changes to the distribution of global cropland would be profound, as currently productive regions become net importers and vice versa.

“Of course, climate change is just one factor when looking at the future of global agricultural practices,” adds Pugh.

“Local factors such as soil quality and water availability also have a very important effect on crop yields in real terms. But production of the world’s three major cereal crops needs to keep up with demand, and if we can’t do that by making our existing land more efficient, then the only other option is to increase the amount of land that we use.”

By University of Birmingham