Computer models developed at the Technical University of Denmark, can predict many of the harmful effects caused by different chemical substances… 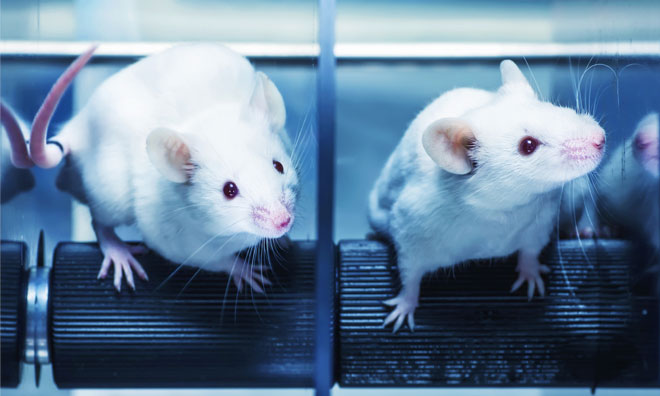 Computer models developed at the National Food Institute, Technical University of Denmark, can predict many of the harmful effects caused by different chemical substances. This has led to increased knowledge, which can be used to prioritise and assess the safety of thousands of chemicals worldwide without the use of laboratory animals. Researchers at the institute have received a prize from the Danish 3R-Centre for their work. The purpose of the centre is to find alternatives to animals testing.

Humans are exposed to a large number of chemical substances on a daily basis. These substances come from foods, consumer products – including cosmetics – and impurities in pharmaceuticals. Regulation requires assessments of some of these substances to see whether they can cause harmful effects such as carcinogenic or endocrine disrupting effects or DNA damage. For other substances there are fewer requirements related to testing and as such knowledge is lacking regarding the substances’ potential harmful properties.

Computers instead of laboratory animals

The National Food Institute has for many years researched and developed alternatives to animal testing that can examine the potential harmful effects of chemical substances. The institute’s researchers have e.g. developed sophisticated computer models, which can predict the harmful effects of a chemical substance based on knowledge of its structure and whether it is similar to that of other substances which have been tested.

The models are among other things used to virtually screen and prioritise the chemical substances that need further testing. Furthermore the models can form part of weight-of-evidence assessments of chemical substances along with information from other alternative methods. They can also contribute to identification of safe alternative to substitute harmful substances without the use of laboratory animals.

The institute has hundreds of computer models, which can predict various toxicological effects and mechanistic endpoints. Some of the models have been developed from scratch, while the researchers have purchased licenses to use the other commercial models.

The QSAR team at the National Food Institute has received the 3R prize from the Danish 3R-Center for its work in developing these so-called QSAR (quantitative structure-activity relationship) models.

The purpose of the centre is to find alternatives to animals testing.

Eva Bay Wedebye and Nikolai Georgiev Nikolov, who are currently the two main driving forces in the QSAR team, received the prize at the 3R symposium in Copenhagen on 14 September 2016.

“Close cooperation with the Danish Environmental Protection Agency has ensured that the institute has been able to both optimise the development of the models in relation to regulatory requirements and contribute to an increased use of the methods,” Anette Schnipper adds.

The European chemicals regulation, REACH, requires that all options – including predictions from QSAR models – are examined before animal studies as a last resort are carried out. The National Food Institute’s QSAR team in close collaboration with the Danish Environmental Protection Agency has been a pioneer in this field in Europe since the late 1990s. This applies both to the use of QSAR in a regulatory context, especially to predict health effects.

The QSAR team has been a significant player in the work the OECD has carried out for many years to promote the use of QSAR globally among authorities and industry. In this context, the OECD and the European Chemicals Agency, ECHA, have developed an extensive, free software system, called the OECD QSAR Toolbox. Researchers from the National Food Institute have been contributing to the development and optimisation of the Toolbox throughout the process.