EFSA recommends that the temporary group acceptable daily intake for sulphites should be re-evaluated within five years when new data is available. 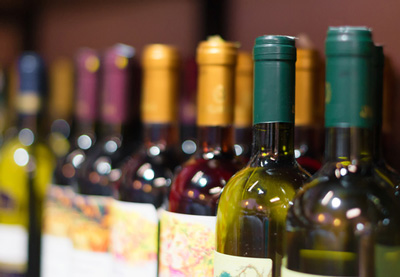 The European Food Safety Authority (EFSA) says the current combined safe level for seven sulphites used as additives in wine and other foods is sufficiently protective for consumers.

However, EFSA has said it will revisit this conclusion when data from new studies are provided to fill information gaps, reduce uncertainties and fully confirm their safety for consumers.

The seven food additives (sulphur dioxide and six sulphites) are considered together since they behave similarly following ingestion. They occur naturally in wine-making and are also added to many wines to halt fermentation and act as preservatives. They are also used in cider, fruit and vegetable juices, and in dried fruit and vegetables.

EFSA says scientific data on sulphites and what happens to them inside the body are limited. When consumed in food they may trigger intolerant reactions and some consumers may be sensitive to sulphites in food.

The existing acceptable daily intake (ADI) of 0.7 milligrams per kilogram of body weight covers all seven substances combined. Estimates of dietary exposure to these seven substances for consumers of most ages are sometimes above this figure, particularly for high level consumers.

ADI recommended to be re-evaluated within five years

EFSA’s expert Panel on Food Additives recommends that the temporary group ADI should be re-evaluated within five years, after new studies are carried out to generate the missing data. The Panel also suggests that labelling should describe the actual level of sulphites/sulphur dioxide in individual products to help sensitive/intolerant consumers to regulate their intake. EU law requires food labels to indicate “contains sulphites” (when exceeding 10 milligrams per kilogram or per litre) without specifying the amount.

EU regulations require EFSA to re-evaluate by 2020 the safety of all food additives authorised before January 2009. While EFSA has completed the re-evaluation of almost all food colours and expects to complete the assessment of other food additives scheduled for review by 2016, more than 100 food additives remain in the pipeline.